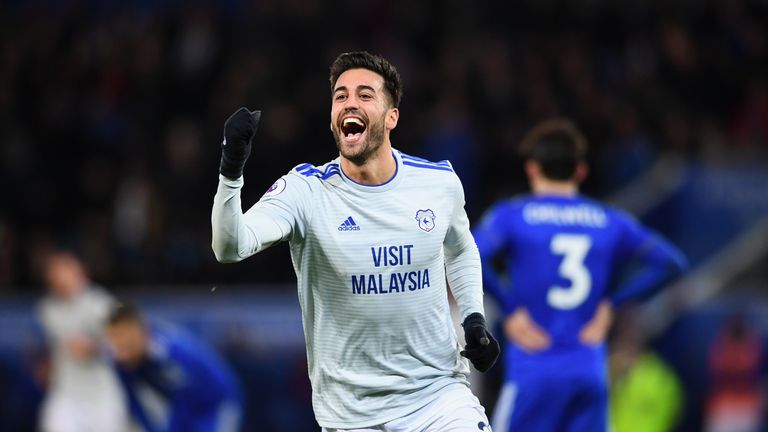 Camarasa made 33 appearances in all competitions for Cardiff City, where he was on loan last season

Burnley have joined Crystal Palace in the race to sign Real Betis midfielder Victor Camarasa, according to Sky sources.

The 25-year-old scored five goals and made four assists while on loan at Cardiff during the 2018/19 campaign.

Burnley have recruited Bailey Peacock-Farrell from Leeds and Jay Rodriguez for £10m from West Brom, plus three other players so far in the transfer window.

Sean Dyche is also interested in bringing Chelsea defender Gary Cahill to Turf Moor, with Clarets centre back James Tarkowski a target for Leicester following an £80m agreement between the Foxes and Manchester United for Harry Maguire. 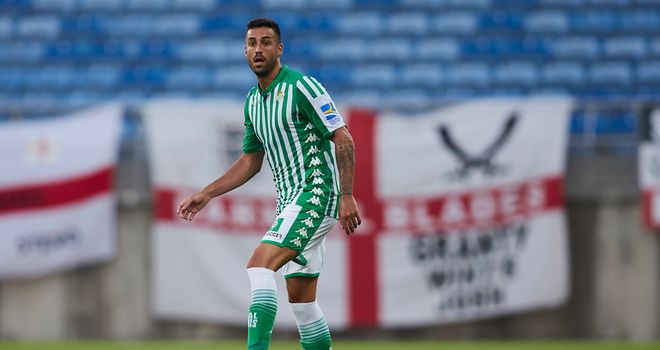 Meanwhile, Sky Sports News understands that Palace have already opened talks to sign Spaniard Camarasa from the La Liga side.

Jordan Ayew from Swansea and Stephen Henderson from Nottingham Forest have been the only arrivals at Selhurst Park this summer.

Roy Hodgson wants another four acquisitions before the window closes on August 8.

The south London side have also had a £14m bid for CSKA Moscow striker Fedor Chalov rejected.