Get ready for a bumper new football season with Sky Sports

Football is back - and Sky Sports has made some new signings ahead of its biggest season yet...

Fresh from her debut season of Premier League coverage and a Women's World Cup over the summer, Alex Scott will become the new presenter of Goals On Sunday alongside Chris Kamara.

The new season begins this Friday with Luton welcoming Middlesbrough to Kenilworth Road in the Sky Bet Championship, with David Prutton hosting the live coverage and Caroline Barker joining the team as pitch-side reporter.

It's a double-header on Saturday with newly-promoted Salford City playing host to Stevenage, before Nottingham Forest take on West Brom in the evening kick-off, with Scott Minto hosting the two games. 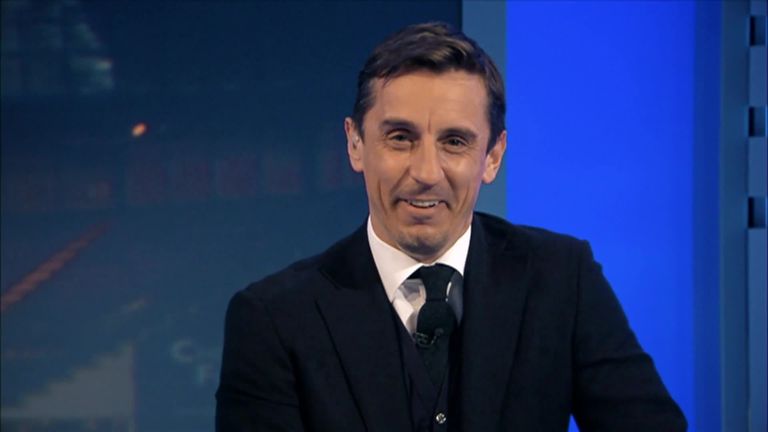 Sky Sports' Head of Football, Gary Hughes said: "This is set to be our biggest season yet and we've got the best team to share all the stories with football fans across the country.

"We've got more games than ever before and across Sky Sports Premier League and Sky Sports Football, we'll cover every dramatic twist and turn across another glorious season. Our team can't wait to get going, so roll on the new season!"

It's a bumper Premier League season with more live games than ever before and more of the biggest fixtures.

Our cameras will be at Anfield for the big kick-off as Liverpool face Norwich on Friday Night Football in one of four live matches on the opening weekend - including a Super Sunday showdown between Manchester United and Frank Lampard's Chelsea.

Sky Sports is the home of Premier League football and from the 2019/20 season in the UK and Ireland, Sky Sports customers will be able to enjoy:

Promotion hopes will be renewed when the campaign kicks off as newcomers Luton host Middlesbrough on Friday August 2, with Nottingham Forest vs West Brom, Bristol City vs Leeds and Huddersfield vs Derby also live on the opening weekend.

This term, Sky Sports customers will be able to enjoy:

Our new-look Scottish football coverage will see 30 matches from the Scottish Premiership broadcast live - including every clash between Neil Lennon's Celtic and Steven Gerrard's Rangers.

Sky Sports will be the only place to see live Scottish Premiership action from 2020, with up to 48 live league games in store as well as the play-offs, but customers this term can look forward to:

Your favourite Sky Sports shows are back for 2019/20 - and there's a fresh addition to our schedule to get you in the mood for the weekend.

Soccer AM - Saturdays, 10.30am: Fenners, Tubes and the gang return with top guests and brilliant sketches.

Soccer Saturday - Saturdays, from midday: The best goals service is back as Jeff and guests keep you updated from around the grounds, with plenty of laughs thrown in!

Sunday Supplement - Sundays, 10am: Neil Ashton is joined by a panel of football journalists for their take on the big stories and headline-makers of the week.

Goals on Sunday - Sundays, 11.30am: Chris Kamara and Alex Scott are joined on the sofa by special guests to chat football and dissect Saturday's action.

The Debate - Monday to Thursday, from 10pm: Geoff Shreeves, Laura Woods and David Prutton take turns in the hotseat as a range of guests join them to discuss the biggest talking points in the game.

Sky Sports' digital platforms are the home of live blogs for every Premier League game, with in-game goals from Sky games and match highlights available on web and mobile.

You'll also find match highlights from every Sky Bet EFL game on skysports.com, the Sky Sports app and the Football Score Centre, as well as news, features and expert opinion from our pundits across the leagues, throughout the year.

Only pay for the sports you love

Sky Sports has eight channels dedicated to the sports you love. You only have to pay for the channels you want to watch - and it's up to you whether you take a contract or not.

To watch all the action from the new season, choose to take both our Sky Sports football channels for just £18 extra a month and no contract - or get all eight channels for £23 a month with an 18-month contract.

Not a Sky TV subscriber but want to watch football on Sky Sports in 2019/20? Not a problem.

Thanks to NOW TV, you've got the flexibility to watch our football - as and when you want, without a contract. Get a day pass or sign up for a Football Season Ticket for a one-off payment of just £199 - find out more.