New Zealand head coach Steve Hansen will step down from the job after next year's Rugby World Cup in Japan.

The 59-year-old has been involved with the side since 2004, first as an assistant to Graham Henry and then as head coach since 2012.

Under Hansen, the All Blacks boast an unrivalled record in the professional era, having won 85 of their 96 games during his tenure.

"After being involved in the All Blacks for 16 years, I do feel it's right for the team for me to stand down," said Hansen. 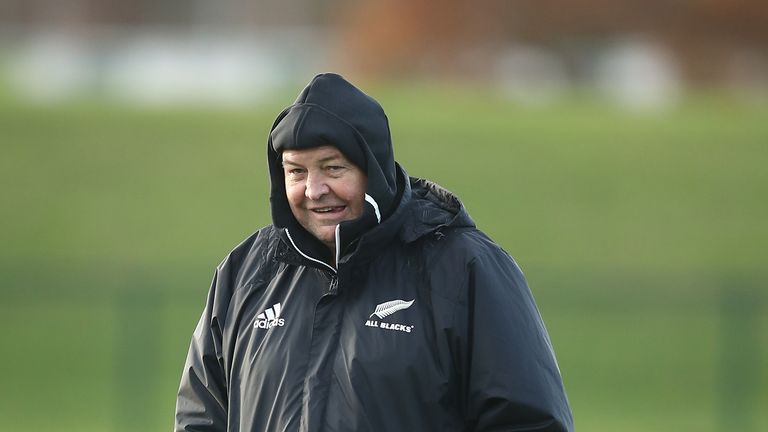 We'll be attempting to do something that has never been done before - to win three consecutive Rugby World Cups - I'm highly motivated by that.

"I think change after the Rugby World Cup will bring a new outlook for the team and it'll be time for someone else to enhance the legacy of the All Blacks.

"As only people who have done the job will understand, there are not only heavy demands on yourself, but also on your family.

"My family has given me unreserved love and support over the last 16 years and I feel it's now time to make them the sole focus.

Ben Smith is looking forward to a fresh challenge after confirming he will leave New Zealand Rugby after the 2019 World Cup.

"It's been a huge privilege to be part of the All Blacks for such a long time and I'm really looking forward to, and excited by the challenges, of the next 12 months.

"We'll be attempting to do something that has never been done before - to win three consecutive Rugby World Cups. I'm highly motivated by that, as is the whole group, and we're really looking forward to it."

Hansen said he wanted to make the announcement about his future now so that New Zealand Rugby has plenty of time to find his successor.

"This is a critical process which shouldn't be rushed and shouldn't be made in the turbulent period that tends to follow a Rugby World Cup campaign," he added.

All Blacks chairman Brent Impey paid tribute to Hansen and the incredible success they have enjoyed under him.

"On behalf of the New Zealand Rugby Board, I'd like to thank Steve for his enormous contribution to our national game," he said.

"His record is unsurpassed. The All Blacks currently hold all the major trophies we play for, he played a critical role in the back-to-back Rugby World Cup victories in 2011 and 2015, and we wish him and the team all the very best for next year's campaign.

"Whatever happens next in Steve's career, his place as a New Zealand rugby legend is guaranteed."