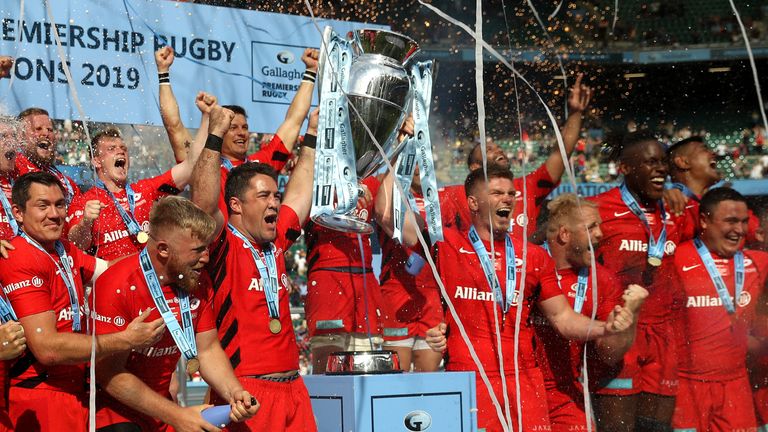 Saracens are to appeal a 35-point deduction and £5.36m fine handed down by Premiership Rugby after being found guilty of breaching salary cap rules.

The Premiership and European champions have announced they will appeal the decision which, if it was applied immediately, would have seen them drop from fourth to bottom in this season's table and left on -26 points after three games. Saracens currently have nine points and the deduction has been suspended pending the outcome of the appeal process.

"In addition, the club is found to have exceeded the ceiling for payments to senior players in each of the three seasons.

"The Salary Cap Regulations stipulate that a points deduction may be imposed in the current season (2019-20) only.

"The sanction has no bearing on any other domestic or European competition."

An appeal from the club will see the sanctions suspended.

A club statement read: "Saracens Rugby Club is shocked and disappointed by these heavy-handed sanctions and will launch an appeal against all the disciplinary panel's findings.

"The club is pleased the panel acknowledged it did not deliberately attempt to breach the salary cap and steadfastly maintains that player co-investments do not constitute salary under the regulations. This view is supported by independent legal and professional experts.

"The club will continue to vigorously defend this position especially as PRL precedent already exists whereby co-investments have not been deemed part of salary in the regulations.

"As previously stated, the club made administrative errors relating to the non-disclosure of some transactions to PRL and for this we apologise.

"Furthermore, it is the club's belief that the panel's narrow interpretation of the regulations is detrimental to player welfare across the league and is damaging the development of elite-level rugby in the UK."

In a separate statement, Wray has vowed to defend the club that he reclaimed full control of in April 2018 after first investing in the London-based team in 1995.

He said: "For over 25 years, I have put my heart and soul into the game I love.

"This is absolutely devastating for everyone associated with this amazing group of players, staff, partners and fans.

"It has been acknowledged by the panel that we never deliberately sought to mislead anyone or breach the cap and that's why it feels like the rug is being completely pulled out from under our feet." 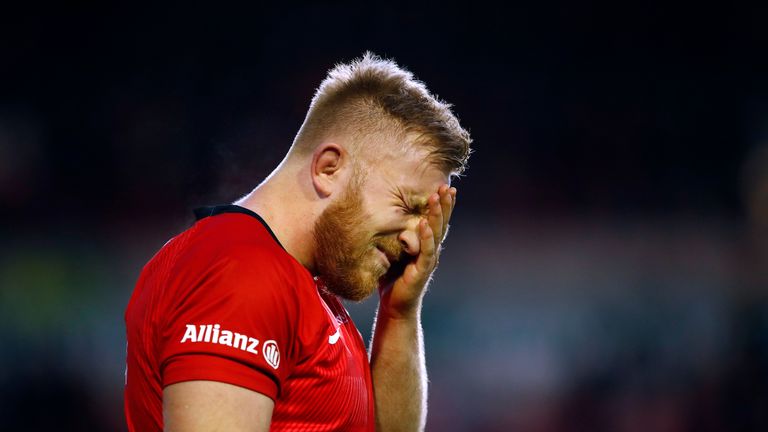 Analysis: Plenty of concerns for Saracens

"This decision will have huge ramifications - not just for Saracens but for the Premiership as a whole.

"Right now, it prompts more questions than it provides answers for.

"The fallout from this will spread far and wide. Should other clubs be worried? Are Saracens the only club to have failed to disclose business partnerships?

"Relegation will be a worry for Saracens - but they should still avoid the drop.

"If you docked 35 points from their tallies for the last three seasons, Mark McCall's side would still have been safe.

"The biggest concern going forward will be how they keep their top players, while still operating on reduced budgets.

"With business investments now disclosed, can they still afford the likes of Owen Farrell, Maro Itoje and the Vunipola brothers? The likely answer is 'yes'.

"Saracens will be desperate to keep the core of this squad together - and no changes to the current squad would need to take place until next season.

"Could other players be forced to leave the club next season? Potentially.

"Wales full-back Williams is already being linked with a move away.

"If Saracens don't win the Heineken Cup this season, then they won't be part of Europe's elite competition next term.

"That too will have financial implications and affect their ability to attract the top players.

"Much depends on the outcome of their appeal.

"There are more questions than answers at this stage; many of which will be fielded by Saracens director of rugby McCall at Wednesday's launch of the Heineken Champions Cup in Cardiff."