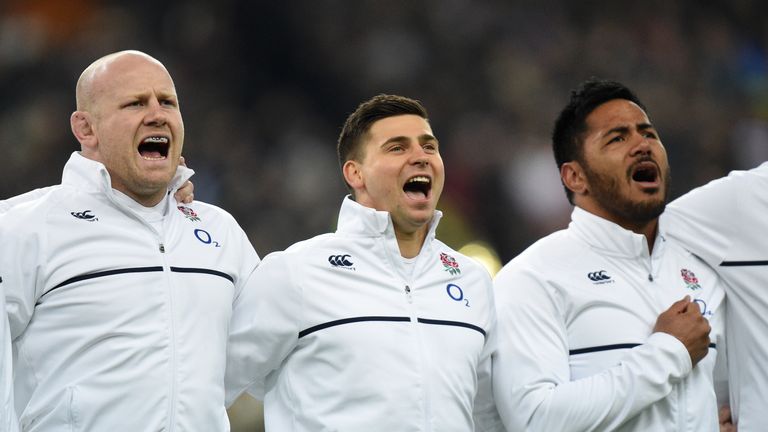 Ben Youngs says Manu Tuilagi is like "an excited kid" after being named on the bench for England's game with Australia.

Tuilagi missed the opening three Quilter Internationals because of a groin strain but has proved his fitness in time to claim a spot among the replacements.

The powerhouse Leicester centre was due to end his two-year absence from the Test arena in the opener against South Africa only to be withdrawn from the bench when his groin tightened up in training.

England have adopted a cautious approach to his fitness due to the succession of serious injuries which have blighted his career but once Jack Nowell had to be replaced by Joe Cokanasiga because of a hamstring issue, a vacancy opened up in the 23.

"Manu's like an excited kid at the best of times and this is no different! He's got a big grin on his face, like a Cheshire cat," scrum-half Youngs said of Leicester team-mate Tuilagi.

"He's certainly very excited about this. He's had to be really patient but he's trained really well.

"It's unfortunate he picked up that niggle just at the wrong time. I'm so pleased to see him out there.

"When he gets on the pitch we'll be giving the ball to him early so he can get himself into the game.

"I'm sure he'll get his go and when he does take the field he'll be welcomed with a great noise."

Tuilagi came through Wednesday's training session unscathed in his final audition for selection, enabling him to play a role in England's quest for a sixth successive victory over Australia.

"Manu's ready to go, so it's a good opportunity for him and the team," said Jones.

"He absolutely can't wait to get out there. He skins everyone at the pool table so hopefully he can do that on the field as well." 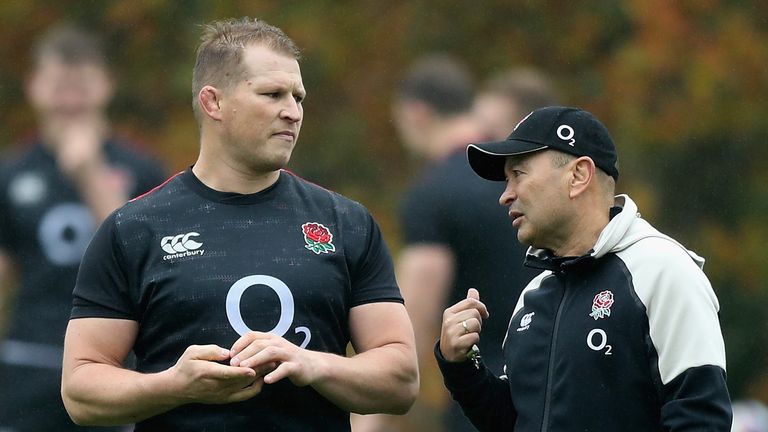 For the first time against tier one opposition under Jones, co-captain Dylan Hartley is to play a supporting role to George.

The 32-year-old started the Tests against South Africa and New Zealand earlier this month but deputised for Japan's visit to Twickenham and was expected to be restored to the starting XV for the climax to the autumn.

"We just think that's the best order. We think Australia will come out like they normally do - like a bull in a china shop," Jones said.

"Jamie is a very good defender and is very good when the play is open. He suits us in that first period of the game.

"The last part of the game is going to be a bit of an arm wrestle and that's where Dylan is at his best."