Eddie Jones regrets not refreshing his England side before their 32-12 World Cup final defeat to South Africa.

It was a bitterly disappointing loss for the side, failing to reach the heights of their semi-final defeat of the All Blacks just a week earlier.

The Australian coach admits with hindsight he perhaps should have made changes to his squad ahead of the Yokohama final.

"It was one of those games - they started the game well and things came off for them," Jones told Sky Sports News.

"Things didn't go well for us and we got on the back foot and failed to recover.

"If there's one thing I could have done differently it was probably to have changed the selection a little bit.

"I continued to change selection from game to game [during the tournament] and probably in hindsight I should have refreshed the squad a little bit.

"I'm not going to talk about individuals but maybe I should have changed the order of 23. But it works when you win - that's the great thing and when you win you have all the answers but when you lose you don't." 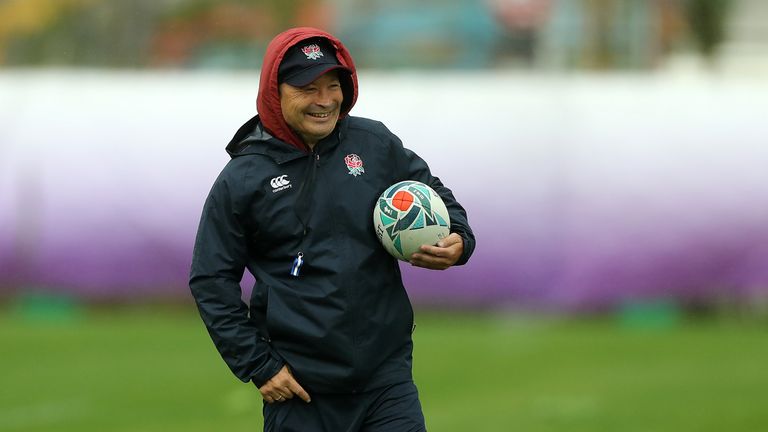 'England future not down to me'

Jones has a contract with England until 2021, midway through the next World Cup cycle, with speculation rife over his long-term future.

But the 59-year-old would not be drawn on his plans as he prepares to take charge of the Barbarians against Fiji this weekend.

"There's all sorts of stories at the moment - about going to France, Fiji but it's not really my decision, coaches have to perform and that's the only thing I am worried about," Jones added.

"Saturday we're going to play a great game of rugby for the Barbarians and then I'll go in two year contract for England and take it from there."