Eddie Jones has responded to England's World Cup final defeat by South Africa by admitting the current team is "finished".

A 32-12 rout in Yokohama on Saturday prevented England from winning the competition for a second time, despite impressive victories over Australia and New Zealand in the previous rounds.

However, a number of the 31-man squad taken to Japan are to be changed for next year's Six Nations as Jones begins rebuilding for the next assault on the global stage.

"I tell you what happens to teams - they evolve," said Jones.

"And I'll have them for the first two years. And you're so lucky because you've got me for another two years."

The 59-year-old is expected to be offered fresh terms that will take him to the next World Cup in France.

The England head coach said there are still reasons to be positive after the tournament, despite a disappointing performance in the final. 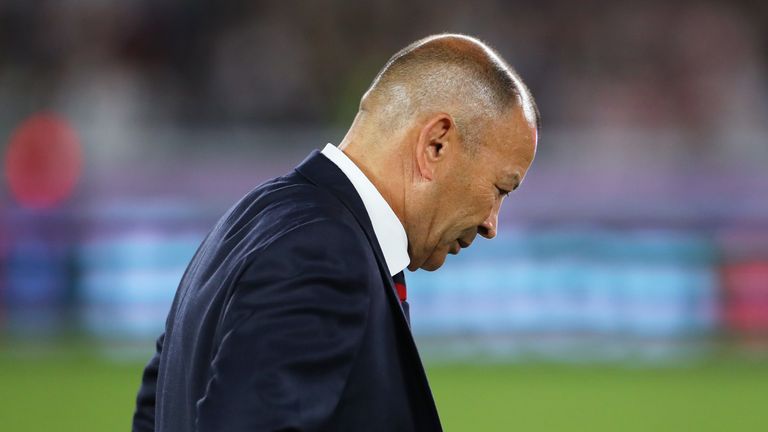 He said: "We've taken a team that couldn't get out of the pool at the last World Cup and got beaten in the final, but there's all this negativity about their performance. I find it incredible.

"I've been coaching 23 years, it happens periodically. You think you've got a team right and ready to go and, for some reason, they don't perform to the level you expect."