Australia's David Pocock out of England clash with neck injury

Australia back-row forward David Pocock has been ruled out of their clash with England on Saturday after failing a fitness test.

The 30-year-old has been carrying a neck injury all season and it became more severe after taking a blow against Italy last weekend.

Pocock was originally named in Australia's starting XV for the Test at Twickenham, live on Sky Sports, but will now be consigned to the sidelines. 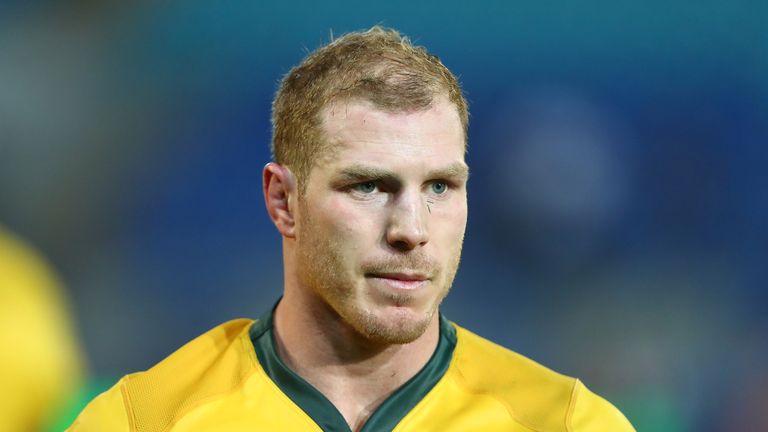 Australia head coach Michael Cheika said: "[Pocock] just could not get over it. He trained a bit yesterday and his neck was really quite sore.

"There is a bit of me also that is relieved that he came to that conclusion because he has been copping it. He has been getting smashed in there and no doubt they would have come at him tomorrow as well.

"He knows it is the right to do to make that call no matter how much he wanted to play. It is a really important game for him I think - both to play in the indigenous jersey and also against England."

Cheika confirmed Pete Samu will start in place of Pocock in the back row with Marika Koroibete coming onto the Wallabies bench.