Townsend has named 12 uncapped players, including South Africa-born forwards Pierre Schoeman and Dylan Richardson in his squad for this autumn's Tests; Scotland face Tonga, Australia, South Africa and Japan at Murrayfield this year

Gregor Townsend has named 12 uncapped players in the Scotland squad for the four upcoming Tests in this year's Autumn Nations Series.

Along with flanker Darge, Glasgow provide all the uncapped backs in Rufus McLean, Jamie Dobie, Ross Thompson and Sione Tuipulotu, and head coach Towsend believes the squad has a good balance as Scotland prepare for their opening match against Tonga on October 30.

Gregor Townsend has named his 42-man squad for the upcoming @autumnnations which kicks off a week on Saturday against Tonga.#AsOne

"It's exciting to bring together a blend of highly experienced and uncapped players for our first week of the Autumn Nations Series campaign," Townsend said.

"There have been some notable performances from both our home-based players and those at clubs outside of Scotland, which has enabled us as coaches to select a group which are playing well and will be motivated across the four games.

"We also feel that this is the right time to bring in some younger players given their early season form. They have created opportunities for themselves to represent their country and we believe that they will thrive in the Test match environment." 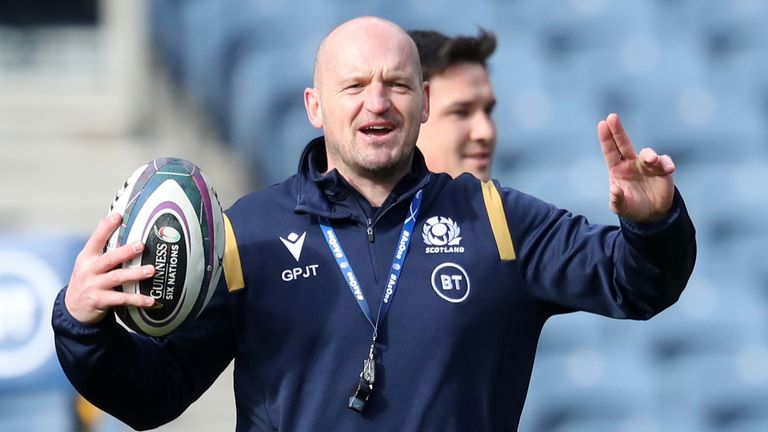 It's exciting to bring together a blend of highly experienced and uncapped players for our first week of the Autumn Nations Series campaign.

They will get another chance to tackle South Africa on November 13 after the Springboks won this year's Test series against the Lions 2-1, with matches against Australia (November 6) and Japan (November 20) completing a busy autumn for Scotland.

"We face four tough matches in four weeks and Tonga, Australia, South Africa and Japan each present a different challenge and an opportunity to perform in front of our people at BT Murrayfield," Townsend, who was part of the Lions' coaching set-up for the summer tour, said.

"It's great to hear that we will now play Australia in front of a capacity crowd at BT Murrayfield, and it means a huge amount to the players to have this level of support."