"It's a massive occasion and we want to win - we have to win."

Courtney Lawes vows that New Zealand will be able to fully identify England's players by the end of Saturday's Rugby World Cup semi-final.

All Blacks lock Brodie Retallick was on Monday forced to recall the moment he referred to Lawes as 'Michael Laws' when he was asked which of Stuart Lancaster's 2014 tourists were known to him.

Michael Laws is a Kiwi politician and former Mayor of Whanganui - and Retallick's failure to correctly name a single England player was perceived as a slight at the time.

Courtney - the Lawes that Retallick was actually referring to - insists there will be no confusion over identities once battle at the International Stadium Yokohama commences.

"If they don't know, then they will tomorrow (Saturday), it's just one of those things. We will just get on with it," Lawes said.

Retallick went on to be crowned World Player of the Year just months after making the gaff and he was visibly annoyed when asked to relive a moment that saw him propelled into the headlines.

"Is that supposed to be humorous? I made a mistake, called them the wrong name, the name of a New Zealand politician. Good on you," Retallick said.

"We have great respect for all the rugby players out there. We know who they are and we know what they're about. We look into every opponent going into the weekend."

The perception has long been that European rugby makes few waves on the other side of the equator, with the Six Nations regarded as a second rate competition, while the Gallagher Premiership barely registers at all.

Lawes admires the All Blacks, but insists that England also bristle with power as a titanic clash between the packs awaits.

"We're excited. None of us have played in a semi-final before, it's a challenge but we're very excited to get out there," Lawes said. "They have gone with a pretty big pack. That's fine with us. We are used to that. In terms of the lineout, Scott Barrett is a good jumper.

"He's normally a second row forward and not a flanker, but we have addressed that and have the callers and jumpers to deal with it.

"They have a great pack and have a lot of great players across the board - but so do we. We have two of the best packs in the world going up against each other.

"It's a massive occasion and we want to win - we have to win." 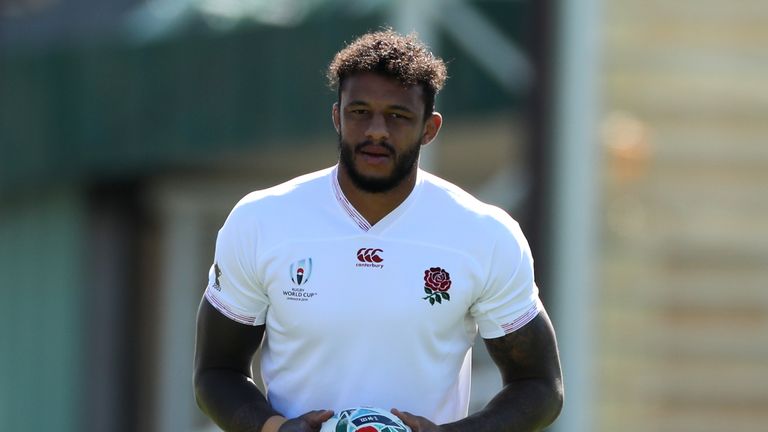 They have a great pack and have a lot of great players across the board - but so do we. We have two of the best packs in the world going up against each other.

Full-back Elliot Daly admits England face a deadly back three but is ready to meet the challenge head on.

"If you look around the game at the moment, the best teams in the world have exciting back threes," Daly said.

"They've got Beauden Barrett at the back who is pretty experienced and George Bridge has come in and done really well for them. Sevu Reece as well.

"We're looking forward to the challenge. We haven't played against two of them before so it will be interesting. We are excited for what could come our way."

Meanwhile, England expect no delays in their 30-mile journey to the ground on Saturday afternoon.

Eddie Jones' squad were 10 minutes late in their hour-long trip from the team hotel in Tokyo Bay to the International Stadium Yokohama due to heavy rain that caused traffic problems.

Assistant coach Neal Hatley on Friday suggested the logistics will be reviewed, but England are confident that the presence of police outriders will ensure they arrive on time.