The group has been formed by Jamie Cudmore, James Haskell, Professors John Fairclough and Bill Ribbans, plus various other senior names from the game.

It comprises of current and former players, coaches, club representatives, referees, refereeing coaches, medics, sponsors, politicians and teachers at rugby-playing schools - and believes that more must be done to protect the health and wellbeing of rugby players from excessive workloads, brain trauma and the potentially serious and life-threatening consequences that come from repeated concussive and sub-concussive injuries.

In an open letter to World Rugby, the group has outlined its concerns along with a suggested plan of action to improve overall safety, protect players and bring much-needed reform to the game - stating that "without change, the sport is threatened with extinction within a couple of generations."

Within the letter, Progressive Rugby said: "We consider in view of the evidence of risk for traumatic brain injuries occurring in rugby union that more should be done to protect the rugby-playing community from the dangers of injury and that World Rugby has a moral and legal duty to minimise risk and to inform players and parents of the risk of brain damage from repeated knocks.

"Evidence of the existence of brain disorders in retired players supports the contention that participation in rugby union can cause brain damage.

The awareness of the association with traumatic brain injury and participation in rugby union is of paramount importance for both the players and the sport itself. We believe that this issue is the greatest threat to the worldwide game."

The letter suggested a number of measures that should be taken to limit head injuries in the game, including limiting contact between players in training, and a review of double-teaming tackles and upper level of tackle height.

Among additional measures, the group also put forward a guaranteed number of days off for players in-between seasons and increased education of head injuries.

RPA chairman Waller: Brain damage not like breaking a leg

The RFU's medical figures in December revealed that one in five professional rugby union players in England had a concussion during the 2018-19 season. Those figures represented greater than a four per cent increase of players who sustained concussions during the previous campaign.

Waller backs the call for a sport-wide concussion database and limited contact in training to help prevent further head damage among players. 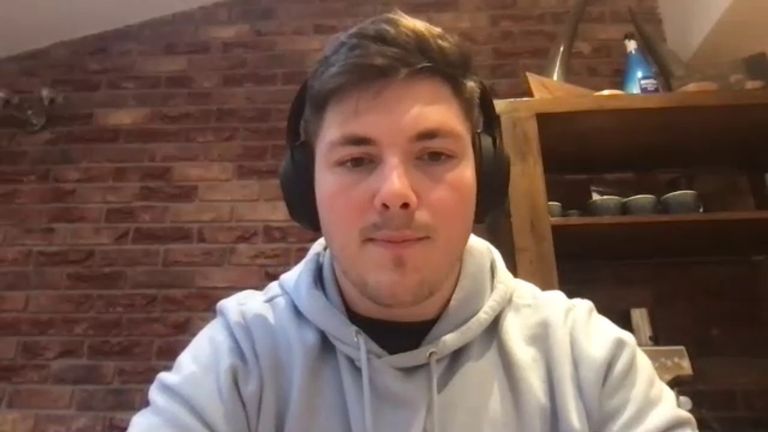 Waller told Sky Sports News: "It's different at each club, but research shows that a lot of injuries do come from training including head injuries.

"It's clearly an area to look at. There needs to be a balance of what's safe so that players don't get injured - because if you do 'no contact', it also can end up being detrimental, so it's about finding the balance of what's a safe amount to do and finding that middle ground for what's best for our players."

The prevalence of concussions has been under sharp scrutiny in recent months with a number of former players launching a legal case against the sport's authorities.

Scotland's Zander Fagerson has been banned for the rest of the Six Nations after receiving a red card for making contact with Alun Wyn Jones' head when launching himself into a ruck against Wales.

Waller believes that contact with the head should result in a red card and reckless clear-outs need to be removed from the game.

Waller added: "Head contact is not like breaking a leg where you can go have an operation and get it fixed - the damage that you could be doing to your brain is something that you may not know about for years.

"I think the way it's been refereed is spot on because you can't be having those kinds of reckless clear-outs or those kinds of contacts to the head constantly.

"The more deterrents we have against that, the less likely you are to see those things and games to be won or lost on the back of a red card. You're more likely to see, from a supporter's point of view, a better spectacle when that begins to filter out of the game."