Sam Szmodics is out with a shoulder problem but John Egan makes his ROI return; watch Andorra vs Republic of Ireland live on Sky Sports Premier League from 4.55pm on Thursday; kick-off 5pm

Team news and stats ahead of the international friendly between Andorra vs Republic of Ireland on Thursday, live on Sky Sports (kick-off 5pm).

Sheffield United defender John Egan is back in contention for Republic of Ireland having missed the last camp in March with a toe injury.

Peterborough midfielder Sam Szmodics has been denied a senior debut against Andorra on Thursday evening by injury. The 25-year-old aggravated an existing shoulder problem in training and will not make the game.

Manager Stephen Kenny said: "Sam Szmodics hurt his shoulder, just a previous injury that he had. He just came down awkwardly on his shoulder. It's nothing serious, but it's an injury he had earlier in the season, so that will rule him out."

Kenny will also be without Darren Randolph, Callum Robinson and Aaron Connolly. West Ham goalkeeper Randolph has a hip injury and is replaced by Bournemouth's Mark Travers.

But Swansea duo Conor Hourihane and Ryan Manning have joined the squad after their Championship play-off final against Brentford, while Danny Mandriou is also available following Shamrock Rovers' League of Ireland fixture against Longford Town. 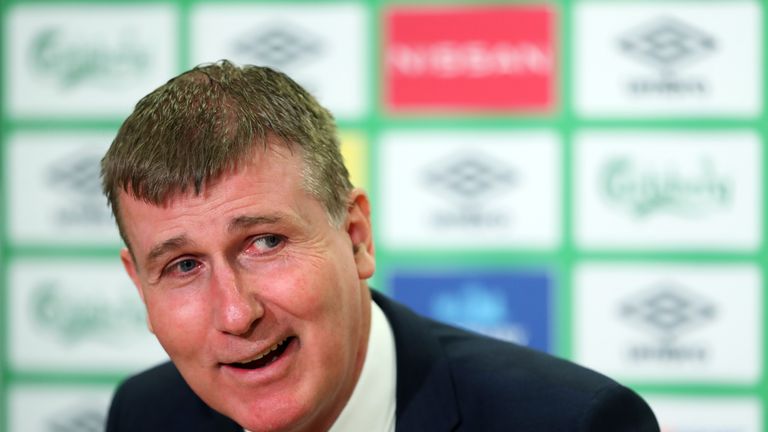 Andorra vs Republic of Ireland will be shown live on Sky Sports Premier League from 4.55pm; kick-off 5pm. Sky Sports customers can watch in-game clips in the live match blog on the Sky Sports website and app. Highlights will also be published on the Sky Sports digital platforms and the Sky Sports Football YouTube channel shortly after the final whistle.