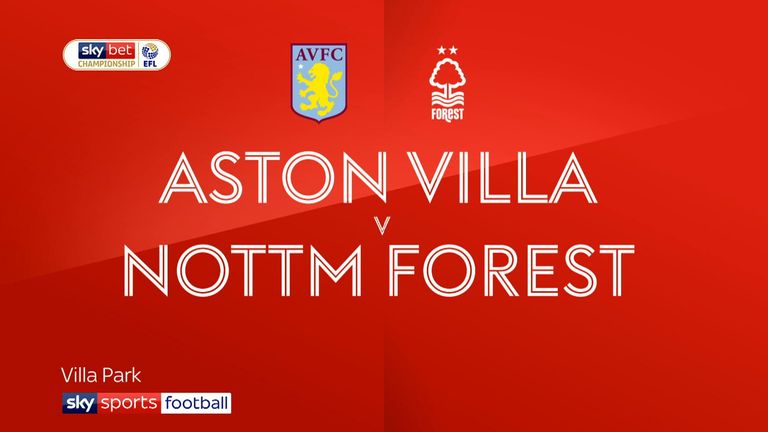 Forest, though, deserved a point from the 10-goal thriller to take them into the top six after a spectacular display of attacking football.

To their credit, Forest were always on the front foot and set the tone of the game with goals from Lewis Grabban and Jose Carvalho in the opening six minutes.

Villa were equally emphatic with Abraham scoring twice in three minutes to level the scoreline after only 14 minutes.

With both defences caught napping, Matt Cash regained a 22nd-minute lead for Forest only for Abraham to slot away a 36th-minute penalty to complete his hat-trick.

The goal of the game came in the 51st minute from Joe Lolley with a superb shot from 35 yards that spectacularly whistled into the net.

Forest could not retain their advantage as Abraham notched his fourth after 71 minutes before substitute Anwar El Ghazi grabbed a fifth goal for Villa, which was then cancelled out by Grabban eight minutes from time.

Dean Smith: "The character and spirit of the players was clear to see but when you score five goals at home you should win the game. Score five goals away you should win. It was one of those games. We were fully aware that they were a good counter-attacking team with pace but I am devastated for the players because to hit back so many times… I thought at 5-4 we would go on and win the match.

"We missed some very good chances and also had two disallowed goals and we are totally disappointed. I thought we were totally in control of the game. It sounds weird but we had 26 attempts on goal compared to Forest's eight."

Aitor Karanka: "When you see your players fighting until the last second I do not care how many goals we scored because we showed a lot of personality and character. It was a perfect stage to show these qualities against one of the best teams in the league.

"We have been working with only 17 players and coming up against a top side and scoring five goals shows the quality of the team."