Highlights and report from the Sky Bet Championship clash at Oakwell 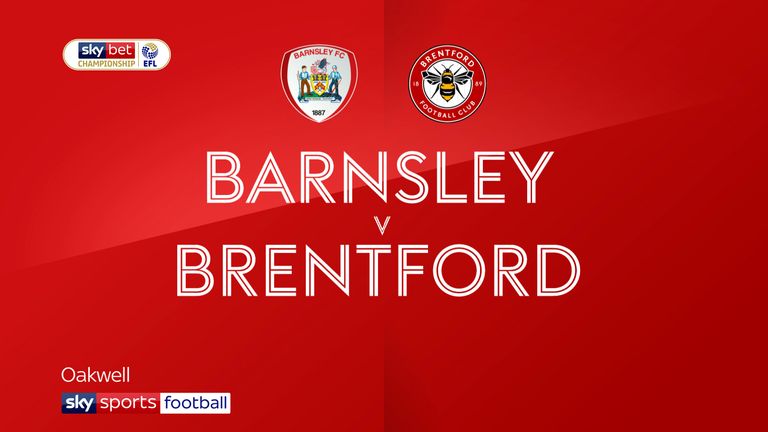 Highlights from the Sky Bet Championship as Barnsley faced Brentford

Ollie Watkins scored a hat-trick to lead Brentford to a 3-1 victory over Barnsley in the Sky Bet Championship.

Barnsley took the lead in the first minute thanks to a brilliant curling strike from Cauley Woodrow.

However, Watkins equalised in the 35th minute before hitting the woodwork twice in quick succession.

The 23-year-old headed in twice more in the second half to secure victory for Brentford and become the leading scorer in the Championship with seven goals.

The win is Brentford's first on the road since August 10 and moves them up to 14th in the Championship, while Barnsley remain without a victory since the opening day.

Both sides have struggled for goals this season but Barnsley took the lead in the first minute as Woodrow curled a brilliant shot into the top corner from outside the box. 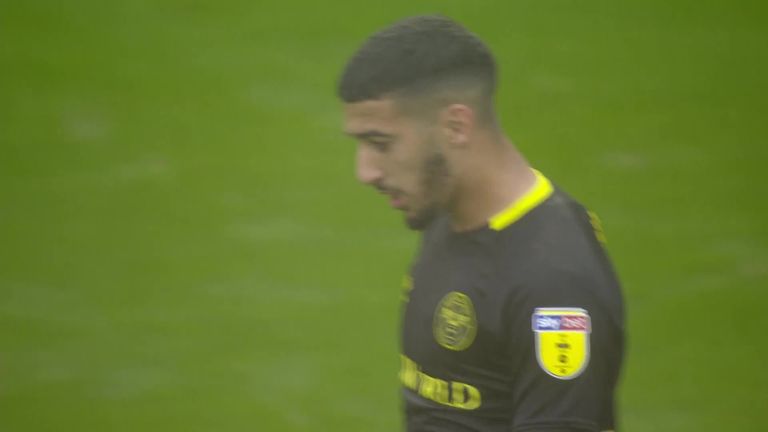 Partly due to the wet conditions, the game was played at a frantic pace with neither side able to properly get control of the ball.

Woodrow went close to a second for Barnsley when he shot wide, while Bradley Collins saved from Said Benrahma at the other end.

Pontus Jansson made a crucial block to deny Conor Chaplin with goalkeeper David Raya out of his box, before Brentford levelled when Watkins headed in from Mathias Jensen's excellent cross.

Barnsley made two changes from their 1-0 defeat at Nottingham Forest last time out as Chaplin and Cavare replaced Wilks and Pinilos.

Brentford went agonisingly close to scoring again as Watkins hit the post when through on goal, then struck the underside of the bar with the rebound, before watching Said Benrahma fire the next rebound wide with an open goal to aim at.

But the Bees did take the lead quickly after the break as Sergi Canos' cross was headed in by Watkins at the back post.

Brentford looked the better side from then on, and, after Canos shot into the side-netting from inside the box, Watkins headed in a third to complete his hat-trick.

The excellent Benrahma missed a chance for a fourth when he fired wide from 12 yards out.

Benrahma was brilliant and Canos provided two assists, but Watkins takes the prize for his hat-trick of headers.

The forward has scored seven of Brentford's eight Championship goals this season, and looks a key player for their chances of breaking the top six.

Barnsley head coach Daniel Stendel: "It was a lesson for us today. We started well but the quality from Brentford was so much better in the second half. The players are angry at the performance. We don't have the best quality in the Championship so we need to play together; that's the only chance for us."

Brentford head coach Thomas Frank: "Most pleasing was the all-round performance. They scored with a worldie after one minute but well done to my players for the reaction. They stayed in the game, built yard by yard and then scored the equaliser.

"Said has been training like a beast the last few weeks with high intensity and doing extra after training. This is what we want from him. Ollie has done a top job."