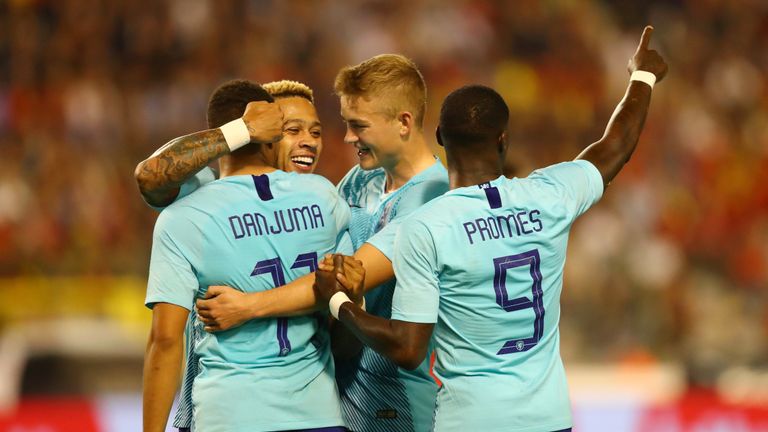 Netherlands continued their resurgence under Ronald Koeman as Arnaut Groeneveld's first international goal secured a 1-1 friendly draw with Belgium in Brussels on Tuesday.

Dries Mertens fired the World Cup semi-finalists into a sixth-minute lead, but Groeneveld marked his full debut for the Dutch by levelling in the 28th minute.

This was another strong performance for the Dutch after Saturday's stunning 3-0 Nations League victory over Germany, while Roberto Martinez's Belgium remain unbeaten at home since a loss to Spain in September 2016.

The hosts struck early through a fantastic goal from Mertens, as the Napoli winger pounced after some slack Dutch defending, curling the ball past goalkeeper Jasper Cillessen and two men on the line, and into the top corner. 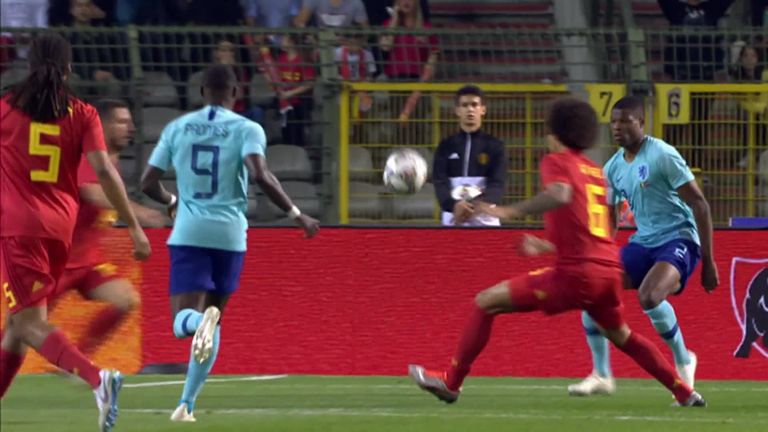 Mertens scores a screamer for Belgium

The 31-year-old continued to run the visitors ragged, stretching to dig out an excellent cross which Romelu Lukaku could only head over from less than six yards out.

Netherlands almost levelled after a quick counter-attack, but Memphis Depay failed to get a clean connection on his shot and was denied by the legs of Simon Mignolet, making his first appearance in the Belgian goal since March.

But the Lyon forward cut open the home defence in the 27th minute, sending through a perfect pass for Nigerian-born winger Groeneveld to slide home on just his second international appearance after coming on as a substitute against Germany.

The visitors continued to slice through the Belgium defence with ease, and Quincy Promes saw a fierce long-range strike bounce back off the post with Mignolet scrambling.

Eden Hazard, who has already scored 10 goals this season for club and country, should have restored the Belgian advantage before half-time, but shot wide with the goal gaping after Lukaku's clever lay-off.

Martinez rang the changes at the break, bringing on Michy Batshuayi for Lukaku and Dennis Praet for Mertens, while Thorgan Hazard replaced his older brother.

The striker, on loan at Valencia from Chelsea, went close to a winner again late on, as Barcelona goalkeeper Cillessen palmed away his close-range volley.

Elsewhere, Albert Rusnak struck six minutes from time to earn Slovakia a 1-1 draw in their friendly in Sweden.

The Real Salt Lake midfielder was under little pressure as he struck from the edge of the penalty area to beat the motionless Swedish goalkeeper Kristoffer Nordfeldt.

The home side had earlier taken the lead when former Burnley, Stoke and Celtic striker John Guidetti pounced on some slack defending to score from close range.

And Denmark beat Austria 2-0 at the MCH Arena thanks to goals from Lukas Lerager and Martin Braithwaite.

Lerager opened the scoring from the edge of the area after 29 minutes, before Middlesbrough's Braithwaite kept his composure to round the goalkeeper and score in injury-time.