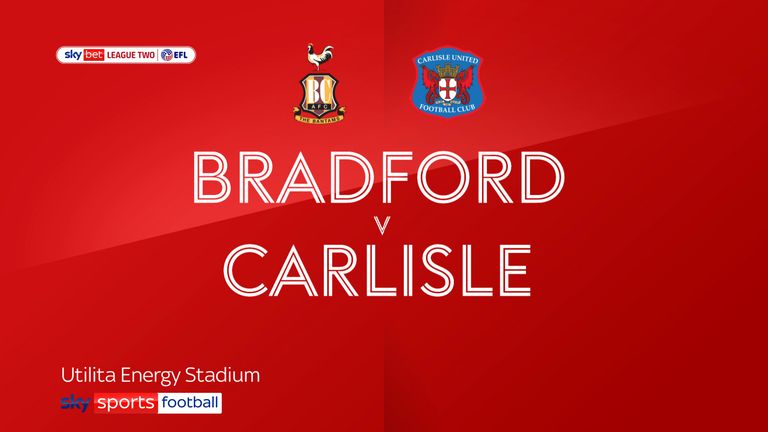 Highlights of the Sky Bet League Two match between Bradford and Carlisle.

Striker Omari Patrick - one of three former Bradford players in the visitors' starting line - had Carlisle's three best goal-scoring efforts of a scrappy, goalless first half.

The first came in the eighth minute as the home defence struggled to cope with a long throw, but Bradford captain Richard O'Donnell dived to block his shot.

O'Donnell dived to turn another shot from Patrick away for a corner in the 21st minute and then dived to keep out a 20-yard effort six minutes before the break.

Carlisle's winner came after 57 minutes when Bradford's defence failed to deal with a cross from Dean Furman - another former Bantams' player - on the left and Bennett scored with a header at the far post.

The defeat from the hosts - their fifth-consecutive loss in all competitions - meant they dropped second-bottom, seven points above bottom side Southend as the Cumbrians sit fourth.