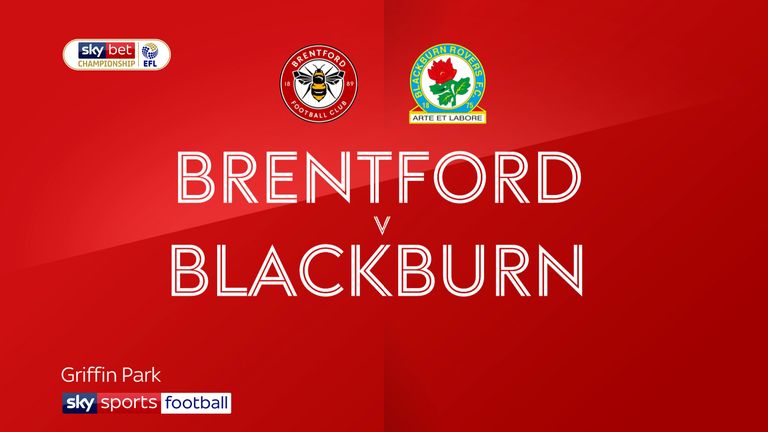 Brentford missed the chance to overtake third-placed Fulham and increase the pressure on Leeds and West Brom despite overturning a two-goal deficit to draw 2-2 with Blackburn.

Adam Armstrong gave Rovers the lead against the run of play (10) and added his third in as many games from the penalty spot shortly after the restart (54) to put Rovers in control in west London.

But a stunning 25-yard volley from Ollie Watkins reduced the deficit for the hosts (62), before Said Benrahma tucked away a spot-kick of his own to earn a deserved share of the spoils.

Thomas Frank's men stay fourth - six points behind the automatic promotion places - in the table as a result of the draw, with Blackburn sitting eighth but within touching distance of the top six.

How Brentford rescued a draw from the jaws of defeat

Since Brentford and Blackburn last faced one another on November 27, no other teams in the division had bettered their points tallies of 28 and 29 respectively. That didn't distract from the fact there was an air of anxiety in west London, with this game at the heart of the promotion race.

The Bees often pride themselves on their home form and they started the game accordingly. But having weathered an early storm, it was their opponents who took the lead in the simplest of fashions; Armstrong beat Ethan Pinnock to a goal-kick from Christian Walton and coolly lifted the ball over ex-Rovers stopper David Raya.

A running battle between Walton and Benrahma saw the Algerian winger denied on numerous occasions throughout the first half and there were question marks over whether the Brentford attack would be kept subdued throughout the 90 minutes.

As Brentford looked to record their first win in three, Thomas Frank brought Bryan Mbeumo and Josh Dasilva back into the side, at the expense of Mathias Jensen and Shandon Baptiste.

Things got worse when John Buckley was bundled over by Raya inside the area and Armstrong swept in to double the visitors' lead, but Watkins changed the game just after the hour mark with his 21st goal of the season.

The frontman chested on a pass from Henrik Dalsgaard, swivelled and volleyed an unstoppable volley beyond the reach of Walton and into the top right corner of the net.

That undoubtedly raised the atmosphere inside the ground, spurring the hosts on to draw level through Benrahma, who coolly rolled in from the spot in front of the Ealing Road end after substitute Mads Roerslev was fouled by Bradley Johnson.

Armstrong then spurned the chance of a hat-trick when he cut in off the left and forced a smart save from Raya, but though Benrahma missed a close-range effort at the other end, neither side could add more than a point to their promotion tally.

It seems such a long time ago Ollie Watkins came in from the wing and became a fully-fledged striker after Brentford sold Neal Maupay to Brighton in the summer. Based on his performances this season, an outsider wouldn't know the difference.

The frontman netted his 21st goal of the campaign in sensational style at Griffin Park and bore the mark of true game changer, with the goal probably his sole contribution but enough of a contribution to set a spirited comeback in motion.

Brentford's Thomas Frank: "I'm annoyed we didn't win but immensely proud of the boys for their attitude, the way they stayed together, kept going and worked hard to the end.

"In the end Blackburn looked so tired and that is a huge credit to our team. We have big togetherness even after going behind in the first half when we really should have been in front."

Blackburn's Tony Mowbray: "For the majority of the game we managed them pretty well and we know what talented individuals they've got and how they can build pressure.

"We got to the point where the crowd were about to turn on them after a few misplaced passes and then a bit of magic from their centre forward changes things."

Both sides are next in action this midweek. Brentford travel to Kenilworth Road to face struggling Luton on Tuesday night, while Blackburn host Stoke at Ewood Park on Wednesday. Both fixtures are available to watch on Sky Sports Football Red Button.