FREE TO WATCH: Highlights from Leicester's win against Brentford in the Premier League

The midfielder, whose last goal came against Aston Villa on February 21, tapped in Patson Daka's square ball in what was something of a smash-and-grab victory for Brendan Rodgers' team.

They held a half-time lead in west London despite posting an xG of just 0.05 courtesy of a goal-of-the-season contender from Youri Tielemans, whose first-time piledriver from 25 yards beat a helpless David Raya 14 minutes in. 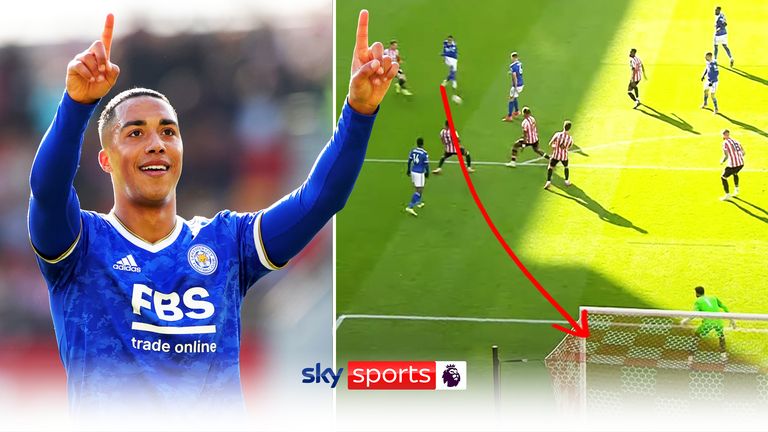 Youri Tielemans scored another memorable goal for Leicester City in their win against Brentford. Watch his super strike from all angles here!

Mathias 'Zanka' Jorgensen, starting only his third league game for Brentford, glanced in a deserved equaliser from Mathias Jensen's corner on the hour before the Bees stepped up their search for a winner.

But a counter-attack of quality saw Tielemans send half-time substitute Daka away and he teed up Maddison for a simple finish to claim victory for the visitors, as Leicester jumped above their hosts and into ninth.

Leicester's inconsistency has been the main driver behind their early-season woes and for much of the game in west London they looked a shadow of the side who swept aside Manchester United last weekend. They could have been behind inside six minutes with both Christian Norgaard and Pontus Jansson going close, before Ivan Toney's close-range finish was ruled out for an earlier offside.

Before the interval, they managed only a single touch inside the Brentford box but did not need any to take the lead. Maddison's free-kick was nodded clear by Rico Henry to Tielemans, whose perfect 25-yard volley was past Raya and into the top corner before he knew it.

Leicester's limited quality on the ball was countered by an increasingly comfortable defensive performance, with Kasper Schmeichel's save to turn Toney's header over the bar their closest brush with conceding an equaliser.

Brentford took a while to build up any second-half momentum but when they did, the Foxes' backline was quickly breached. Jensen's corner from the left was turned home by Zanka's glancing header. He may have been attempting a flick-on, but he was certainly not complaining scoring against Leicester in his second consecutive appearance against them to level up.

Just as Brentford began to push for another, and moments after Jonny Evans bundled a Jansson shot behind for a Bees corner, a sucker-punch on the break caught them cold.

Schmeichel bowled the ball out to Kelechi Iheanacho on the half-way line and from his lay-off, Tielemans' first-time through-ball gave Daka a clear route to goal. With Raya closing him down, he squared for Maddison to end a run of more than 1,000 minutes without a goal to restore the Foxes' lead.

Brentford continued to press but with an Evans-inspired Leicester more resolute defensively than has been seen for much of this season, even seven minutes of added time could not produce a way through for the hosts, who fell to back-to-back home defeats for the first time in three years. 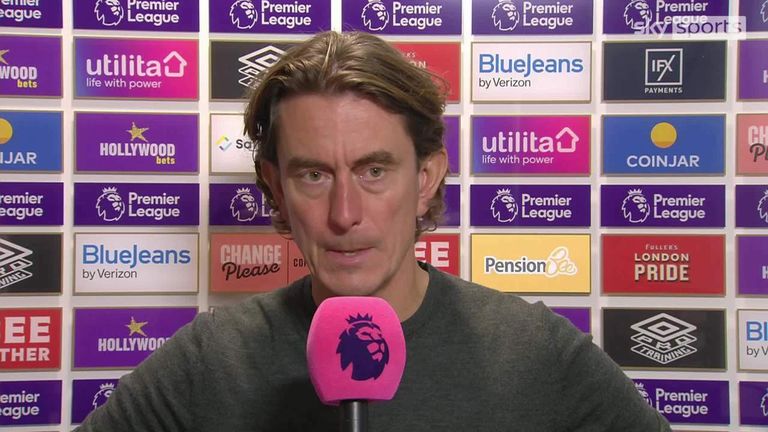 Thomas Frank said he was extremely proud of his players' effort and felt Brentford 'absolutely battered Leicester', despite losing 2-1 to the Foxes

Brentford head coach Thomas Frank: "We deserved three points. We battered them for the first 45 minutes, there were only one team in the game.

"I'm proud of the performance and the boys, and although we weren't as dominant after half-time, and the only thing I can blame us for is the second goal. We have to do better in terms of recovery and getting back in, but if we can replicate this game again and again, we'd win it seven times out of 10." 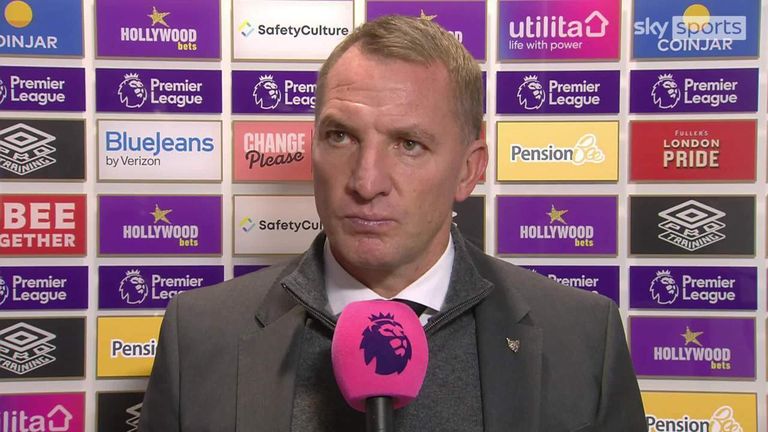 Leicester manager Brendan Rodgers: "It was a brilliant win. Coming back from Moscow and coming back late, you can miss your freshness and energy, but it was all about our mentality.

"This game really tests your resilience, you've seen how Brentford have played this season. For us to come here and get the three points is a big win for us. I'm so happy for the players, because they had to dig deep."

Man of the match - Youri Tielemans

As well as completing more passes than any of his team-mates (40) and more in the Brentford half (31), Tielemans played the key role in Leicester's winning goal with his ball forward to Daka, and scored the opener with his stunning strike out of nowhere.

Brentford travel to Stoke in the Carabao Cup on Wednesday night; kick-off at 7.45pm.

On the same evening Leicester host Brighton in their fourth-round tie at the King Power Stadium; kick-off at 7.45pm.