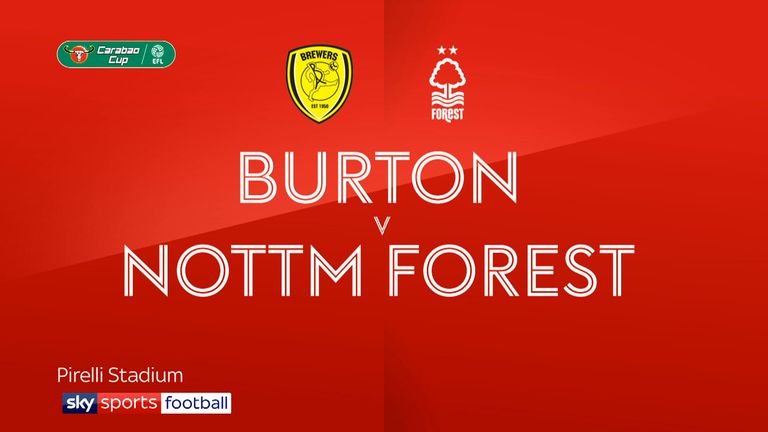 Nigel Clough got one over former club Nottingham Forest as Burton Albion reached the quarter-finals of the Carabao Cup with a 3-2 win on Tuesday.

The Burton boss made 412 appearances for Forest while his father, Brian, won eight major trophies at the club, and the Sky Bet League One side fully deserved this scalp as an own goal from Saidy Janko (52) and strikes from Scott Fraser (64) and Jake Hesketh (82) did the damage.

Forest substitutes Lewis Grabban (70) and Arvin Appiah (90+2) kept the visitors in the game but they rarely put Burton, who also missed a first-half penalty from Liam Boyce, under significant pressure.

Burton are in the last eight for the first time, with the draw on Wednesday.

Forest, who made 10 changes from the Championship game at Leeds at the weekend, lacked fluency in their attacking play as Burton created the better chances.

Man of the match: Scott Fraser

Boyce was denied by Luke Steele on 19 minutes and then blazed a penalty over the bar following a lazy foul by Liam Bridcutt on Jamie Allen.

Forest missed a key chance just after the break when Gil Dias charged through on goal but was denied by former Forest goalkeeper Dimitar Evtimov.

That miss proved to be a turning point as Burton took the lead three minutes later when Fraser's effort deflected off Janko and wrong-footed Steele. 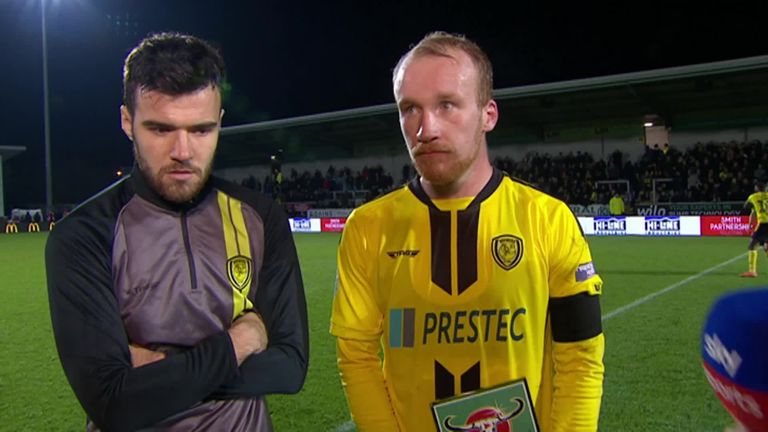 The goal added further confidence to Albion's play and Fraser doubled their lead when latching on to a clever flick from Boyce and finishing past Steele.

Grabban netted his ninth goal in his last 10 games to give Forest hope but it was still Burton that carried the bigger threat, with Fraser's low shot pushed away by Steele.

Hesketh's superb volley restored Albion's two-goal lead and although Appiah's finish set up a nervy finish, the hosts kept the ball shrewdly in the corner to seal their place in the last eight.

Man of the match: Scott Fraser

This was a performance the former Dundee United player won't forget in a hurry. Having missed the last two games with injury, the Burton midfielder looked full of energy and carried huge quality in his game. The first goal, which Fraser claimed should have been credited to him, came from his shot that did look on target before hitting Janko and going in. However, there was no doubt who scored the second. Fraser's clever run was spotted by Boyce and his finish was impressive. There was still time for him to create the third, courtesy of a fantastic chipped cross that was volleyed home by Hesketh.

"It was history to get to the last 16 and now we have gone a step further and we are really looking forward to the quarter-final draw now.

"It's wonderful for everyone here at Burton to enjoy it, especially after dropping out of the Championship last season."

"I am angry, a lot. We were poor tonight. We had a really good opportunity to do something nice in getting to the next round after 25 years. These are the sort of games that as a player you look back on as a lost opportunity.

"I feel embarrassed, I feel bad because a team that is in League One and has played four games in the last 10 days with mainly the same players were much better than us."

Burton are back in action on Saturday in League One against Walsall, while Nottingham Forest host Sky Bet Championship leaders Sheffield United.