Highlights and report as Craig Cathcart nets for both sides A huge scramble in the Watford area saw the ball turned home by Craig Cathcart's thigh (38) to put Crystal Palace ahead, with goal-line technology confirming it had gone over the line.

But the defender redeemed himself in the 67th minute as he nodded home the Watford equaliser before a wonderful volley from Tom Cleverley (74) completed the comeback and handed the visitors the victory.

Watford have moved into seventh on 32 points while Crystal Palace stay in 14th, six points clear of the relegation places.

Man of the match: Gerard Deulofeu.

Watford could have taken the lead inside five minutes but were twice denied by the post. Gerard Deulofeu burst past the Crystal Palace defence before trying to hit home on the angle, but his effort smacked against the far post before an unmarked Roberto Pereyra did the same with the rebound.

Neither side really created much else until the 36th minute, when Watford went close again. Pereyra slipped the ball in for Jose Holebas down the left flank before he crossed into the area. Troy Deeney rose above Mamadou Sakho to head towards goal, but it just went past the post.

Crystal Palace kept the same XI from their last Premier League game with only Andros Townsend and Wilfried Zaha keeping their places from last weekend's FA Cup win. Watford made one change from their previous league outing - Ken Sema was replaced by Will Hughes - with the latter the only survivor from their FA Cup starting XI.

Two minutes later, Crystal Palace took the lead, but in the scrappiest of circumstances. Luka Milivojevic delivered a corner which pinged around the area before Cathcart turned the ball over the line with his thigh from an attempted Abdoulaye Doucoure clearance. Ben Foster palmed it back out again as the scramble continued but referee Paul Tierney soon signalled that the goal would stand after goal-line technology confirmed it had crossed the line.

Milivojevic nearly scored a wonder-goal in the 63rd minute as he controlled a Watford clearance, before hitting a sumptuous volley from around 45 yards out. As it dipped towards Foster, the goalkeeper made a superb leaping save to see it away.

Watford got themselves level four minutes later and Cathcart was on the scoresheet again - for the right side this time. He got his head onto the end of a Holebas corner, nodding home over the top of substitute goalkeeper Wayne Hennessey on a tight angle.

Both sides had a chance to score the next goal. James McArthur was inches away from turning home a fizzing cross from Zaha - ending up in the net himself - before Aaron Wan-Bissaka produced a goal-line clearance to keep out a deflected Deeney effort.

But Watford did take their next opportunity in the 74th minute. It was a wonderful finish from Cleverley too as a James Tomkins clearance from his initial effort landed back into his path and he volleyed home inside a packed area to seal the win for the visitors.

Roy Hodgson: "In the end, it's one of those game you have to accept but it is tough to accept it because I think we did enough to get at least a point out of the game but to go away with literally nothing is quite harsh.

"But on the other hand, I can't say it was undeserved from Watford's point of view either because they played a good game, did what they had to do and when they got their noses in front, they knew how to defend it." 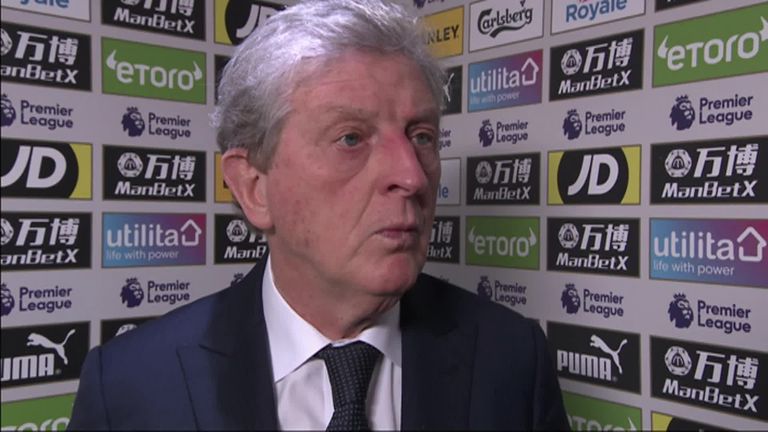 Javi Gracia: "In the first minutes, we started very well. We created one clear chance to score, we didn't take it and after, the game was equal because all the games we have played against this team are always has been very equal.

"I think the most important thing today was belief. We are doing a lot of things well and in the second half, we've got the reward with two goals and with a great victory." 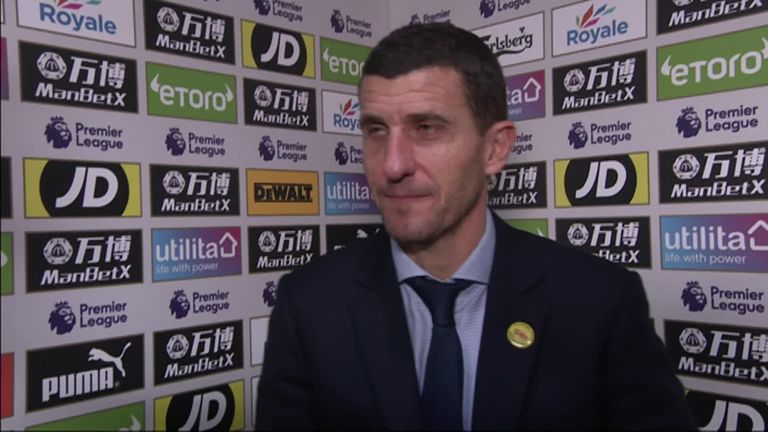 Watford boss Javi Gracia praised Craig Cathcart's attitude, character and ambition after he scored at both ends during their win over Crystal Palace

Watford showed plenty of character to win at Selhurst Park, and Deulofeu was the focal point of much of their attacking play. He caused plenty of problems for Crystal Palace when he got forward.

He was unlucky not to nab an early goal when he hit the woodwork and although it was quite a scrappy affair, he can be pleased with his contribution to Watford's performance.

Crystal Palace's next task in the Premier League is a trip to leaders Liverpool next Saturday at Anfield. Watford will welcome Burnley to Vicarage Road.