Cardiff 1-1 Fulham: Harry Arter sent off for simulation in draw 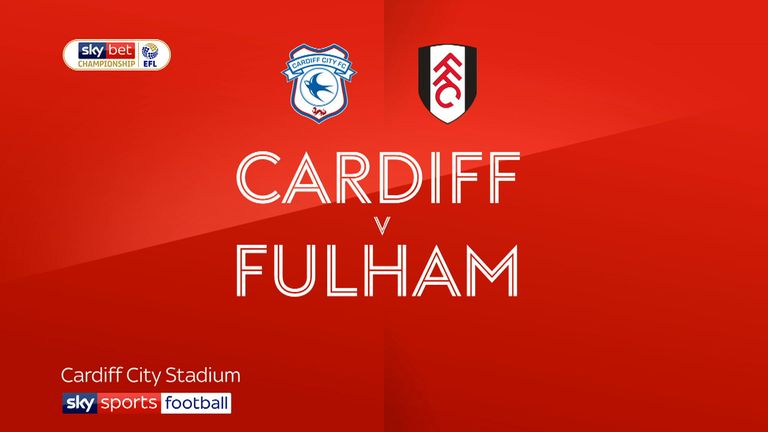 Highlights of the Sky Bet Championship match between Cardiff and Fulham

Aleksandar Mitrovic scored for the fifth game in succession as 10-man Fulham held Cardiff to a 1-1 draw at the Cardiff City Stadium on Friday evening.

An even first 40 minutes made way for five that defined the course of the game, which sparked into life after 42 minutes when Josh Murphy's breathless run-and-finish put the Bluebirds in the driving seat.

The lead was short-lived as Mitrovic tucked home from a yard out, but though Scott Parker's side were reduced to 10-men when Harry Arter was shown a second yellow card for simulation, the hosts couldn't force a winner in south Wales.

Fulham move up to fourth after the draw, with Neil Warnock's Cardiff sitting in 10th ahead of the remainder of the weekend's action in the Sky Bet Championship.

Last season, this would have been a Premier League fixture. But this term, it was back to the business of trying to get back to the top flight and the performances turned in suggested both will compete for a top-six spot once more come May.

The opener came when Cardiff pulled off a tactic they'd been threatening throughout the half. Ivan Cavaleiro drove forward, but Aden Flint dispossessed him and released Murphy on the left; Fulham's high line left them short at the back, allowing the winger to cut in and fire across Marcus Bettinelli.

An immediate second almost came when Robert Glatzel's effort was saved by Bettinelli, but Mitrovic popped up unmarked inside the six-yard box to tap Cavaleiro's low cross over the line to level proceedings.

Cardiff boss Neil Warnock reverted to a familiar line-up following his side's Carabao Cup defeat to Luton in midweek. He made nine changes with Aden Flint and Gavin Whyte the only players to retain their starting berth.

It was similar story for Fulham boss Scott Parker, who made 10 changes of his own, with Joe Bryan is the sole player to keep his place at left-back after the Whites' cup defeat to Southampton..

For all of the Whites' slick passing dominance, the final product left plenty to be desired and they were dealt a blow when Arter - who made 25 appearances for Cardiff last term - was sent off following two bookings inside 120 seconds, the latter of which was, controversially, awarded for simulation after an incident with Sean Morrison.

In fact, it was Morrison who went closest to sealing a win for the hosts two minutes from time when he crouched to head a cross into the ground, but the effort skidded wide of the left-hand post to safety.

It's quite clear to see just how much of an important component the striker is for Fulham. He's coming up trumps in front of goal and sits joint top of the scoring charts with five goals already, but it was his defensive work against the Bluebirds that impressed, too.

🌟Man of the Match is @FulhamFC's Aleksandar Mitrovic

📌Scored in 5th successive @SkyBetChamp app
📌Most attempts (5) and shots on target (3) in match
📌2nd most touches in box (4) and duels (21) in match
⚽️Joint top scorer in @SkyBetChamp with 5 goals pic.twitter.com/rUXbMXvCHA

The Serbian was seldom seen away from his own penalty area when Cardiff delivered aerial balls in search of Sean Morrison and Aden Flint, and enjoyed success in doing so. Morrison may have proved a tricky customer, but Mitrovic managed to ghost past him to score the equaliser on the stroke of half-time.

Neil Warnock: "I thought we had opportunities before half-time when we'd taken the lead and it killed us, really. All credit to them, especially when they went down to 10 men, but we had opportunities, we should've scored and we might have had a penalty… but I thought the referee had a good game tonight. Cardiff manager Neil Warnock claims that Fulham's Harry Arter 'showed a bit of stupidity' in getting sent off for simulation in the 1-1 draw in the Sky Bet Championship.

"I couldn't see them scoring if I'm honest. Our poor defending was schoolboy stuff - how many times have I said that this season? We're a little bit naïve; you look at some of their time-wasting and theatrical and we've got to learn a little bit in the Championship."

Scott Parker: "I thought, first half, we were poor and I was really disappointed with us at half-time. I thought we just played into their hands, against a team who were forcing things down the middle of the pitch. The goal comes from that when they looked to counter us. 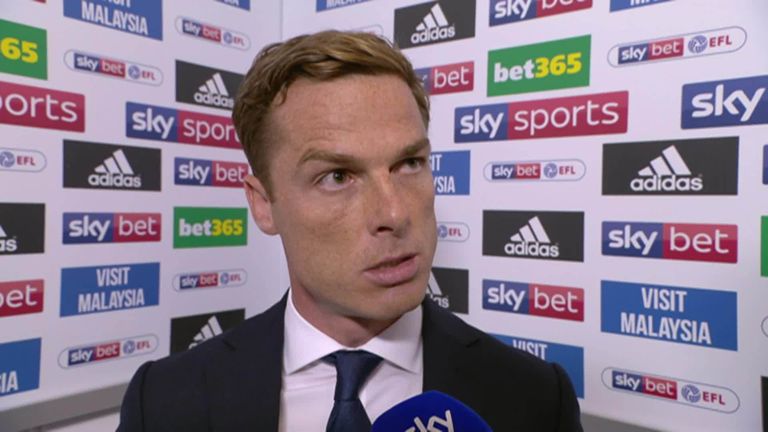 Fulham manager Scott Parker was frustrated with the decision to send off Harry Arter for simulation against Cardiff suggesting his player was fouled during the incident.

"Second half, we got more control, waited for our moment, moved them around a little bit more and I just felt we got a foothold in the game. I felt it was only going to be a matter of time before we'd come on top of that. Going down to 10 men against a team like Cardiff is tough. They put a lot of pressure on us and, ultimately, it's a point well gained."

Should Harry Arter have been sent off?

Harry Arter was sent off for Fulham against his former employers, having picked up two needless bookings in a matter of minutes. The first came after a heavy challenge on Joe Ralls, with the second shown by referee Tim Robinson for simulation after a challenge by Sean Morrison. 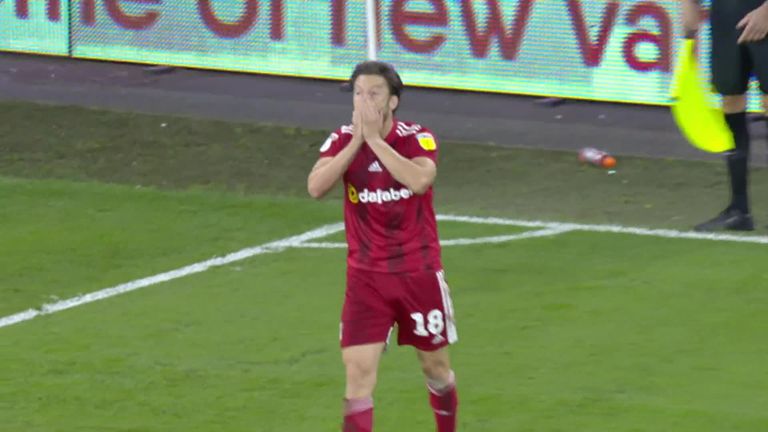 And Sky Sports guest Jimmy Floyd Hasselbaink argued that, though the card was shown for simulation, Arter's impassioned reaction didn't help his cause.

Following the first international break of the season, both sides are next in action in mid-September. Cardiff travel to Derby on Friday 13th, while Fulham host West Brom the following lunchtime. Both games will be broadcast live on Sky Sports Football.