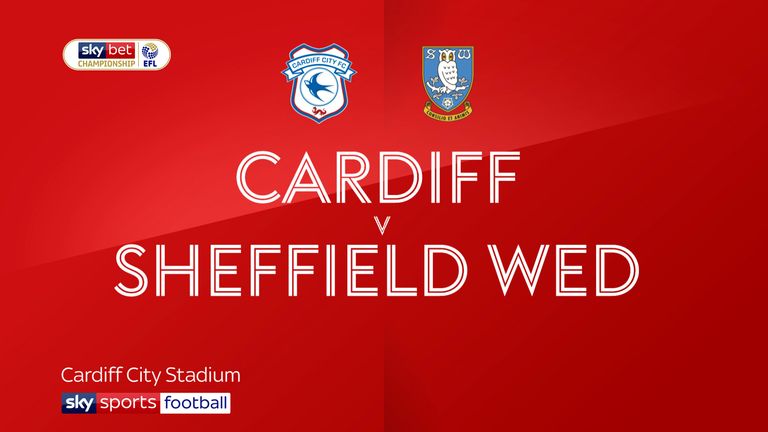 Lee Tomlin struck a controversial late equaliser as he secured a point for Cardiff in a 1-1 draw with Sheffield Wednesday in the Sky Bet Championship.

Owls defender Julian Borner scored his first goal for the club midway through the first half, when his deft flick took Kadeem Harris' shot beyond Neil Etheridge (19), but the visitors failed to build on their early dominance at the Cardiff City Stadium.

They were punished three minutes from time, when Tomlin came off the bench to win a contentious free-kick - after he appeared to foul Massimo Luongo - which he superbly dispatched beyond goalkeeper Cameron Dawson (87), who appeared to be distracted by Aden Flint jumping about and waving in an offside position.

Victory by a two-goal margin would have sent Garry Monk's men top of the table, yet the late drama means they now move up to sixth, with Cardiff perched in 11th place.

How a below-par Cardiff snatched a dramatic point

As is often the case after an international break, the pace of the game in south Wales took some time to increase, but when it did, Wednesday were the dominant force and they controlled the match with relative comfort.

Ex-Bluebird Harris looked intent on scoring against his former employers and drove over the bar from a tight angle 12 minutes in, but he inadvertently provided the assist for the opening goal nonetheless.

Not that it was a purposeful assist, however. Cardiff failed to deal with a Barry Bannan corner, allowing the winger time to bend a shot goalwards; Borner had the final say, though, deftly flicking the ball past returning goalkeeper Etheridge.

Harris prevented an equaliser for the hosts when he poked the ball from the feet of Josh Murphy and he continued his early starring display with a free-kick from distance that just dipped too late and crashed off the crossbar.

Cardiff were presented numerous chances by their opponents, who conceded set-piece after set-piece, and their luck looked to be running out when they were denied two penalties, firstly after a tussle between Flint and Liam Palmer and then when Sam Hutchinson appeared to handle inside the area.

Neil Warnock made four changes to the side that lost 4-2 to West Brom before the international break, with Joe Ralls, Josh Murphy and Nathaniel Mendez-Laing included in the starting lineup. There was a return in goal for Neil Etheridge, who replaced Alex Smithies having been sidelined through injury since the opening day of the season.

Owls boss Garry Monk made three alterations as his side looked to rise to the Championship summit, with Moses Odubajo and Joey Pelupessy dropping to the bench in favour of Morgan Fox and Sam Hutchinson. Cameron Dawson was a late replacement in goal after Keiren Westwood hurt his ankle in the warm-up.

The performance from the hosts left plenty to be desired, but the late introduction of Gavin Whyte and Tomlin provided the necessary injection of energy to force something from an admittedly poor showing from Neil Warnock's side.

And it was Tomlin who did the honours, winning the free-kick 25 yards from goal and delicately placing the ball to the right of Dawson, who was distracted by Flint's antics, to earn a point for the Bluebirds.

Man of the match - Lee Tomlin

As was the case with his goal, naming Tomlin as man of the match might be controversial, but the reality is that he was Cardiff's most influential player despite spending a mere 19 minutes on the pitch in south Wales.

The 30-year-old - along with Whyte - added the required spark in attack and his finish for the late equaliser was simply sublime.

Cardiff boss Neil Warnock: "We couldn't break them down otherwise and I thought the changes were good tonight. In the first half we had to change tactics and I thought Wardy (Danny Ward) did give us something else, as did Tommo and Gavin who contributed as well at the end. 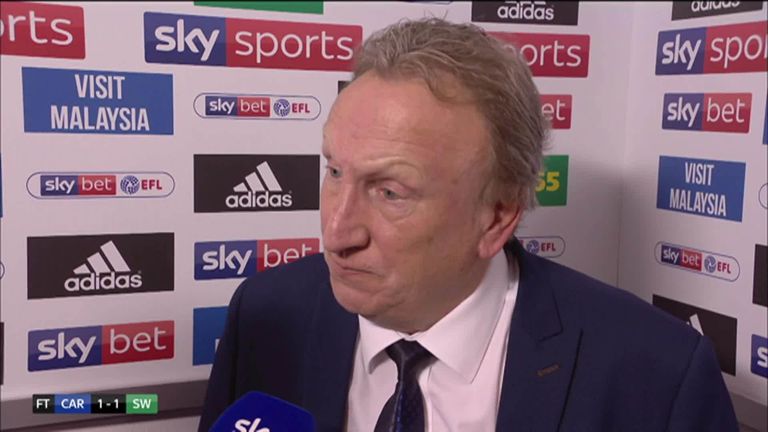 "Talking about Flint, we were disappointed that he didn't get a penalty, if I'm honest. But referees have got to start positioning themselves a little better for free-kicks like that as you get pulled back every game nowadays."

Sheffield Wednesday boss Garry Monk: "I think for the first 55 minutes of the game we had good control that we wanted. You have to do that here as it's a tough place to come and you know you want to turn in into that physical battle. In the first 55, we managed to do that by controlling the ball, but after that first 10 minutes of the second half, we allowed them to take over with that physicality. 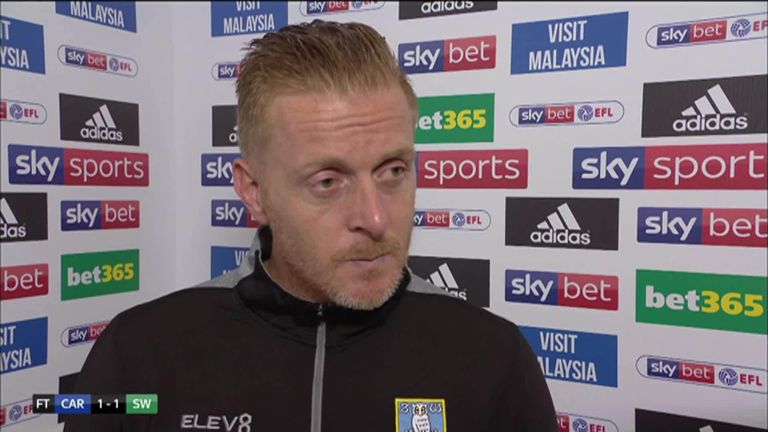 "I'm a little bit disappointed with the free-kick and the lead up to it, but all in all, it's a point and we deserved that, if not more."

Should Cardiff's controversial equaliser have stood?

Tomlin's late equaliser came in controversial circumstances, but should it have stood? Flint's distraction tactics evidently worked against Owls stopper Dawson and Monk offered his thoughts after the full-time whistle. 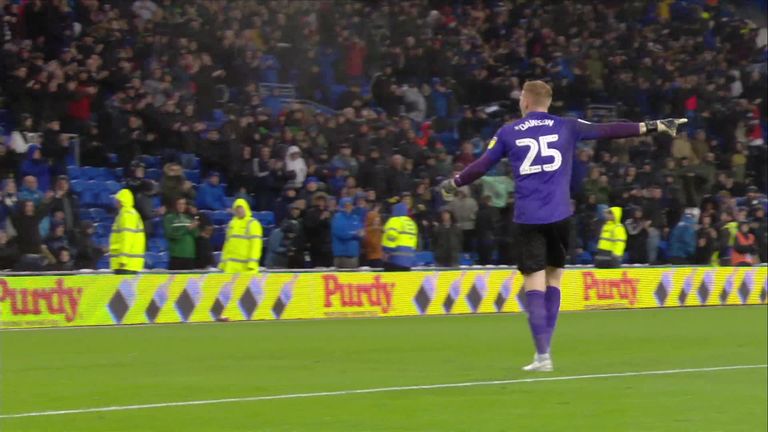 Cardiff drew 1-1 against Sheffield Wednesday thanks to an equaliser from Lee Tomlin, but should the goal have been disallowed?

"At the time, I felt we could have dealt with the lead up to the free-kick better but I didn't know about Flint jumping. He's jumping up and down; he's even looked at the 'keeper to see where he is to make sure he does it and of course it's a distraction.

"Jumping with your arms and doing a starfish jump has to be a distraction. I don't know why that's not interference or offside. He's clearly offside and trying to interfere with the goalkeeper's eyeline, but there's nothing we can do about it."