Report and highlights as Watford hit the 40-point mark 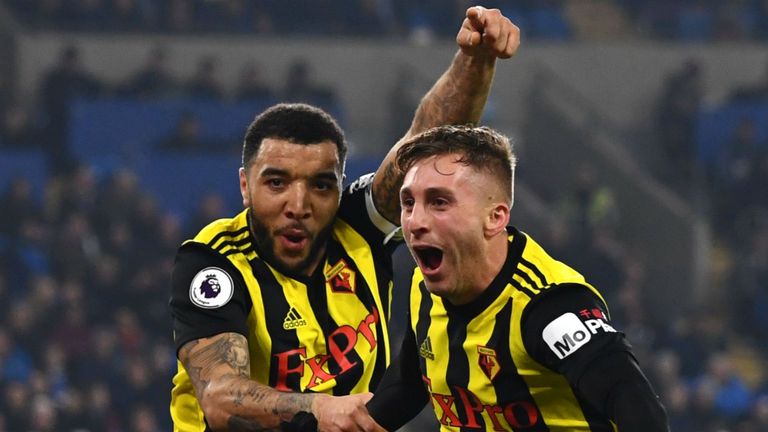 A Gerard Deulofeu hat-trick and a Troy Deeney double lifted Watford into seventh in the Premier League table after the visitors' 5-1 win at Cardiff on Friday night.

Deulofeu opened the scoring in the 18th minute in a first half where Cardiff felt they should have had a penalty when Josh Murphy went down in the box under a strong challenge from Daryl Janmaat (42).

The former Barcelona forward grabbed his second with a composed finish in the 61st minute, before he completed a hat-trick two minutes later after coolly lofting the ball over goalkeeper Neil Etheridge.

Deeney made it four with a simple tap-in (73) before Sol Bamba scored a consolation eight minutes later. And in added time, Deeney scored Watford's fifth to complete a magnificent victory.

The result means Watford move up into seventh while Cardiff remain 17th and just a point above the relegation zone.

After a slow start, Cardiff came closest to taking the lead in the 15th minute when Oumar Niasse tried to lob Ben Foster from close range, but the 35-year-old goalkeeper sprinted off his line and blocked the first shot before quickly punching away the loose ball to prevent a rebound.

Three minutes later and Watford took the lead through Deulofeu. Deeney bundled past Sean Morrison and Joe Bennett before teeing up the Spaniard to stroke the ball into the bottom corner.

Sean Morrison, Leandro Bacuna and Josh Murphy came in for Lee Peltier, Aron Gunnarsson and Bobby Reid in the Cardiff side.

Adam Masina and Roberto Pereyra took the places of suspended Jose Holebas and Ken Sema in the Watford starting XI.

The flashpoint of the half arrived three minutes from half-time when Murphy was wiped out by Janmaat in the box, but referee Simon Hooper did not feel the late sliding tackle merited a spot-kick.

The second half began in scrappy fashion as Cardiff pushed for an equaliser, but Deulofeu scored his second of the night just after the hour mark. A poor free-kick from Bennett was headed straight out to the Spaniard, who ran from the halfway line and rounded Etheridge to double the visitors' lead.

Within a couple of minutes, Deulofeu had doubled his entire goal tally for the season in just one game. A sloppy Harry Arter pass was intercepted by Etienne Capoue, whose incisive pass was dinked into the bottom corner by Deulofeu for his hat-trick.

Deulofeu turned provider 10 minutes later as he broke free into the box and squared to Deeney for a simple tap-in.

Bamba scored a consolation in the 81st minute as he stabbed in from close range following a goalmouth scramble, before Deeney made it five with a tidy finish in added time. 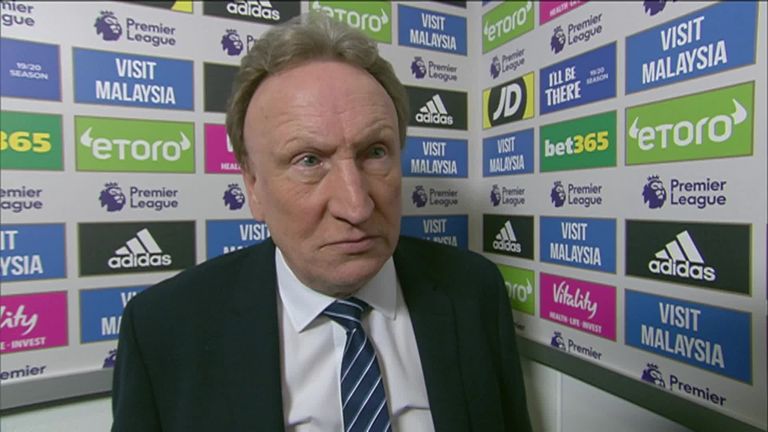 Neil Warnock: "We got mauled in the end. It looks bad in the paper.s I have never seen the players like that at half-time.

"Everyone was talking about the penalty that hasn't been given. Nobody can understand it. Decisions like that change the game. I can't understand why it wasn't given it's a blatant penalty.

"It's no excuse for conceding five but everyone in the game knows it changes things. The referee is in a great position so I just can't understand it. If you can't give decisions like that at this level you shouldn't be refereeing." 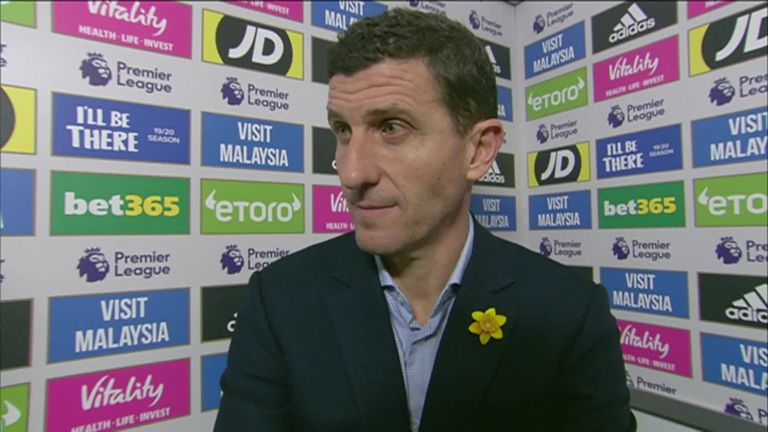 Javi Gracia: "It was a very good performance. To win here is not easy. To win like we did today was outstanding. I am very proud of all my players.

"Playing away we are getting good results. We knew it would be a hard game. They changed their shape and they tried to do more compact and defend better but we found the spaces and scored different goals - in counter-attack and in possession."

Man of the Match - Gerard Deulofeu

Deulofeu produced his best display in a Watford shirt as he scored a hat-trick and followed it up with an assist as Cardiff were simply unable to cope with his pace.

He was clinical in front of goal and Watford fans will hope he can produce more of the same as the Hertfordshire club continue their pursuit for seventh place.

Cardiff host Everton on Tuesday night for a 7.45pm kick-off. Watford, meanwhile, travel up to Merseyside to face Liverpool on Wednesday.