Chelsea and Manchester City will go head to head in the Carabao Cup final at Wembley on Sunday, live on Sky Sports.

Pep Guardiola's side won the competition last year and will be looking to defend their title for the first time, while a final win would ease the pressure on Maurizio Sarri and Chelsea.

The game will come two weeks after their last meeting in the Premier League, in which Manchester City ran away with a 6-0 victory, but Guardiola does not think the game will have a bearing on Sunday's result.

See Man Utd vs Liverpool and the Carabao Cup final between Chelsea and Man City with a special offer on our two football channels.

"I don't like to play the same team in a short period of time when you have beaten them before," he said.

"They [Chelsea] are incredibly professional players, they are proud and bright and will do extra. We are going to play the type of game you have to play in a final and try to win the title.

"Of course it is not the most important title of the season but once we are here in an amazing stadium against a top side, we want to prepare to win." 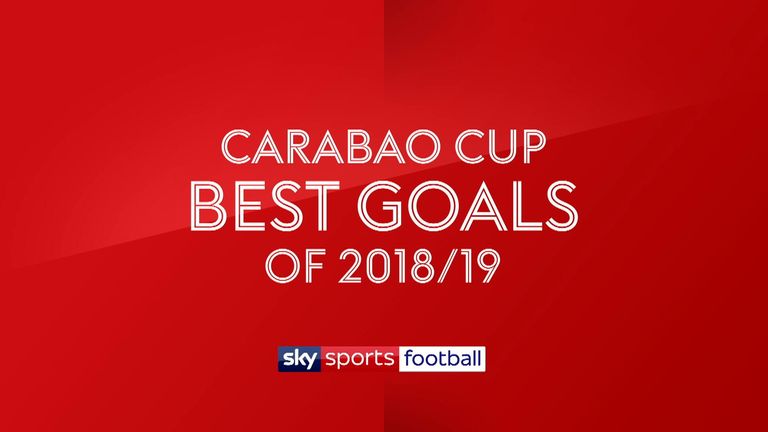 Chelsea made it into the last 16 of the Europa League on Thursday, but Maurizio Sarri says his side cannot make the same sluggish start on Sunday as they did against Malmo at Stamford Bridge.

He said: "[It would be] a disaster, of course. I think that we played the first 30 minutes without confidence. Nervous. We were unable to move the ball very fast. We were in trouble on their pressing. Then a little bit better in the last 15 minutes of the first half and then, after the first goal, very well."

John Stones (groin), Benjamin Mendy (knee) and Gabriel Jesus (hamstring) are doubtful for Sunday's final and Guardiola refused to confirm if Arijanet Muric - who has played in goal in the previous rounds - would start ahead of Ederson.

The best analysis, punditry and build-up to Chelsea vs Manchester City

There are also question marks over who will be Chelsea's goalkeeper at Wembley, with Kepa Arrizabalaga missing Thursday's Europa League game with a hamstring injury. Should he be sidelined again, former Man City goalkeeper Willy Caballero will deputise in his place.

Pedro and Davide Zappacosta have also been suffering with illness this week and are doubtful. 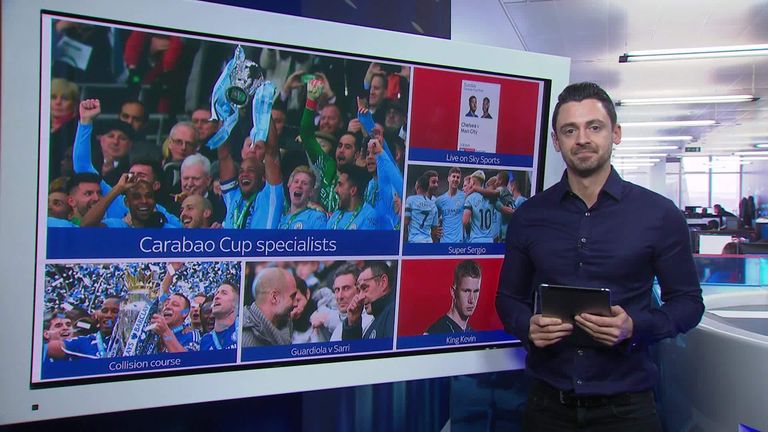 Chelsea and Manchester City are set to face-off in a League Cup final for the first time - both sides have won the trophy five times previously, with only Liverpool winning it more often (eight times).

Chelsea have already lost three times at Wembley this season, losing in the Community Shield against Manchester City and in the Premier League and League Cup semi-final against Spurs.

Manchester City striker Gabriel Jesus has scored more goals than any other player in this season's League Cup (5) - but all five have come against League One sides (one v Oxford, four v Burton). Jesus has never scored a League Cup goal against Premier League opposition (5 games, 0 goals).

Should one, or more, of Manchester City trio David Silva, Vincent Kompany and Sergio Aguero score, they could become the first players to score in back-to-back League Cup finals since Didier Drogba did so for Chelsea in 2006-07 and 2007-08.

Since the start of the 2012-13 season, no player has been involved in more League Cup goals for a Premier League side than Chelsea's Eden Hazard (14 - 8 goals, 6 assists). 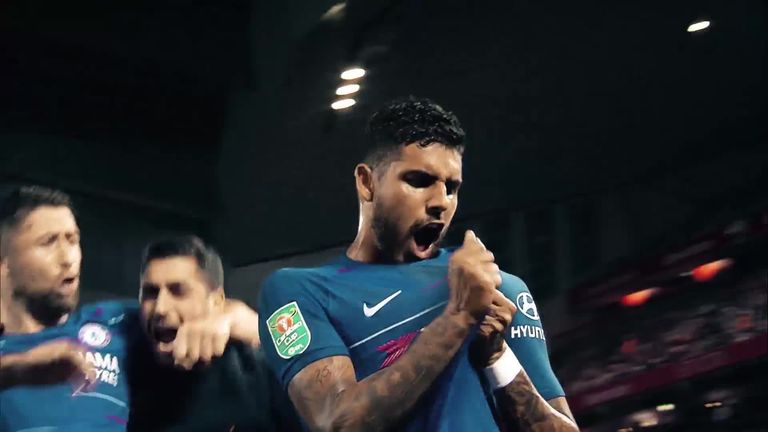 Take a look at how Chelsea made it to the Carabao Cup final, where they will face Manchester City at Wembley

Sergio Aguero has scored 13 goals in 16 appearances in all competitions against Chelsea for Manchester City, only scoring more often against Newcastle United for the Citizens (15).

Only three players have scored more goals for a top-flight club against an opponent at Wembley than Manchester City striker Sergio Aguero has against Chelsea (3) - Harry Kane against Southampton and Eric Cantona against Liverpool (4 goals) and Ian Rush against Everton (5 goals).

I wish I could do this at 3.30pm on Sunday when I see the teams or at kick-off when I see the way Chelsea are going to set up. If they set up as they have done and play 'Sarriball', I would be shocked if it wasn't at least 3-0 to Manchester City. 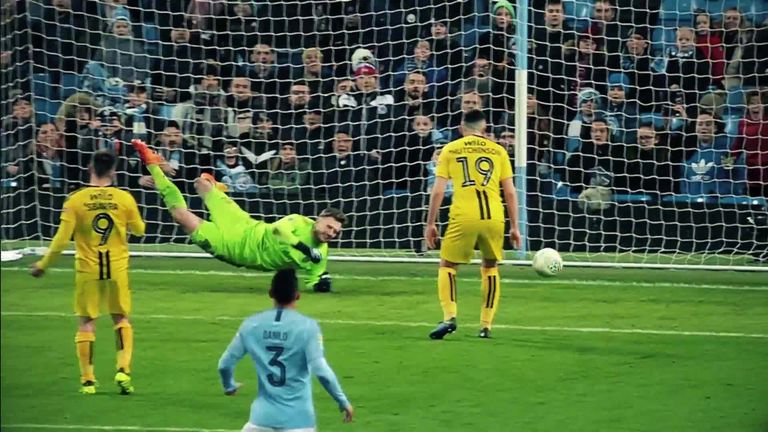 Take a look at how Manchester City made it to the Carabao Cup final, where they will face Chelsea at Wembley

Good managers change, that's what they do, you don't just go everywhere and play the same way, especially after losing 6-0 against the same team a few weeks ago!

If they change the way they play, you never know in a cup final.

But look at City with the team they played at Newport in the FA Cup. Pep Guardiola is ruthless. If they are 2-0 or 3-0 ahead against Chelsea with 25 minutes left to go, then he will want to get four or five.