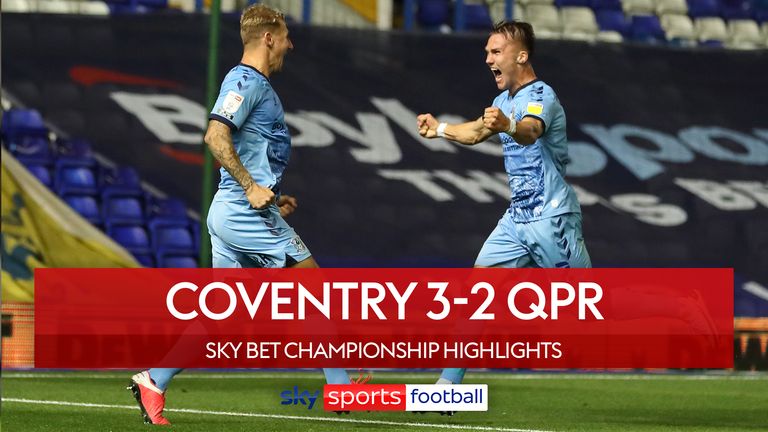 Highlights of the Sky Bet Championship game between Coventry and QPR.

Following the script of Rangers' 2-0 win over Nottingham Forest last weekend, Lyndon Dykes put the visitors ahead from the penalty spot (41), but their deserved lead was short-lived, with Matt Godden levelling the game on the stroke of half-time (44).

A bright start to the second half from Coventry was rewarded when Callum O'Hare made it 2-1 (50), but Yoann Barbet set up a gripping finale at St Andrew's when he struck a wicked effort into the roof of the net from close range (75).

But, with confidence flowing through Mark Robins' side, they had the final say in the game, with experienced defender McFadzean meeting Gustavo Hamer's corner and powering what proved to be the winner past Rangers goalkeeper Joe Lumley (84)

Coventry's temporary ground, St Andrew's, was the setting for their first Championship home game since the 2011/12 season, yet for long periods of the first half, it was the Sky Blues who appeared to be a team who had travelled the length of the country to step onto the field in Birmingham.

QPR wasted no time in taking control of the situation, with Bright Osayi-Samuel living up to his name with an eye-catching run in from the right flank, before he stung the palms of goalkeeper Marko Marosi and Luke Amos saw a hopeful effort from 20 yards charged down by Dominic Hyam.

Intuitive link-up play from Osayi-Samuel and Osman Kakay then drew applause from Mark Warburton in the dugout but Rangers finally made their dominance pay when Dykes slammed home from 12 yards after Osayi-Samuel had been brought down by McFadzean.

Just three minutes later, Godden became the first player to score in six successive league games for Coventry since Mick Quinn in late 1992 with a smart header and, shortly after the break, O'Hare gave the hosts the lead after skilfully controlling Fankaty Dabo's low cross.

No sooner had Coventry had grown in stature, Barbet entered the area untracked and thumped in his first QPR goal but McFazdean then atoned for conceding the early penalty and spurning a gilt-edged chance by finding the back of the net with just six minutes to play to seal a long-awaited victory.

Man of the match - Callum O'Hare

"I keep thinking about that unbelievable touch that set up his goal. The little flick is genius. If we see Lionel Messi or Cristiano Ronaldo do that, we are waxing lyrical. That alone is worth the man of the match award, not to mention all of the other good things he did throughout the game." 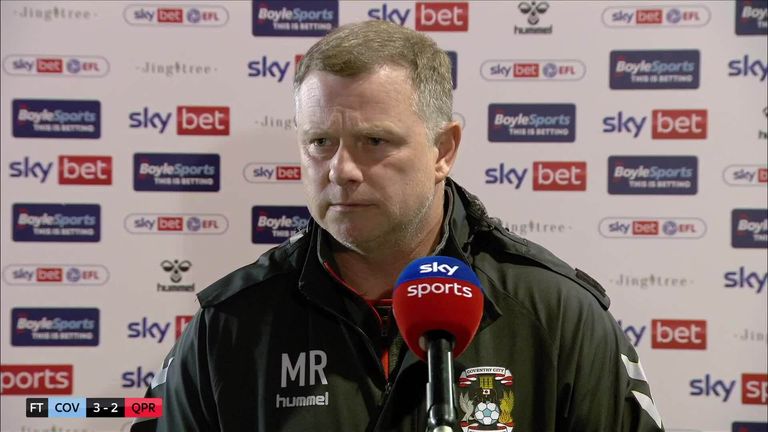 Coventry's Mark Robins: "We were nervy in the first half and that was something we spoke about at half time. We grew into the game a little bit and, in fairness, the goal before half time settled us down so that gave us something to talk about, other than the other bits around the game that we could improve on. A lot of that was to do with us and trying to cause them issues.

"They are a good team and we are still learning about Championship football; there's a lot of new players who've not played at the level before. But they are good, better than they think and that'll give them confidence going into the next run of games." 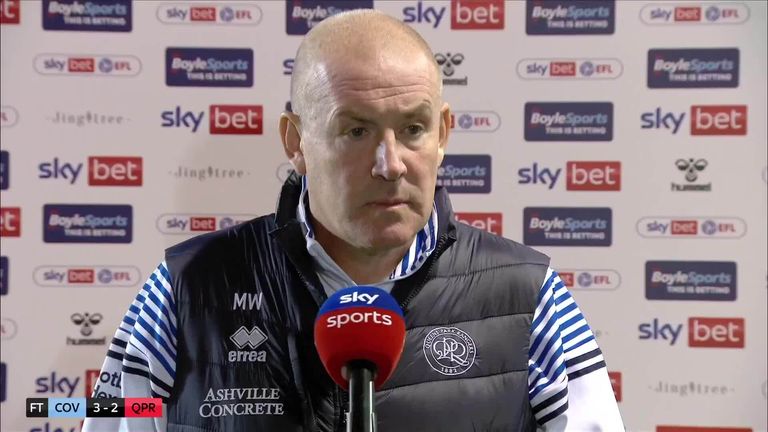 QPR's Mark Warburton: "It was very frustrating. I thought we controlled the first half completely and should have come in 1-0 up. They came in with their tails up and, fair play to Coventry, they started the second half much better and with more energy and intensity. We gave away a soft goal, which cannot be tolerated, get ourselves level and then have three corners in a row where they had first contact.

"We had two warnings there and we didn't heed them. That's the most frustrating thing because there were some good parts in the first half with some very good possession play. We didn't test the 'keeper enough but we were in total control. We had to maximise that and we didn't."

Both sides are next in action at 3pm on Saturday, September 26. Coventry travel to Oakwell to take on Barnsley, while QPR host Middlesbrough at the Kiyan Prince Foundation Stadium.