Frank Lampard's side move up to fourth in the Sky Bet Championship while Nottingham Forest stay seventh. 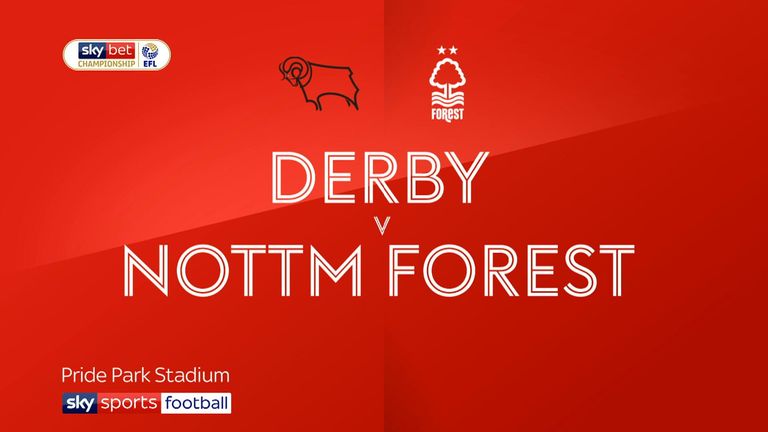 Highlights from the East Midlands derby as Nottingham Forest travelled to Derby in the Sky Bet Championship.

Both sides were looking to improve their standing in the race for a top-six spot in the Sky Bet Championship, but neither could break the other down.

The point moves Derby up to fourth, although they are six points off Norwich in second, while Forest stay seventh.

It was a lively first half, with plenty of intensity but not too much goalmouth action. Derby had a penalty shout after 19 minutes as Tendayi Darikwa's high challenge brought down Tom Lawrence in the box, but the referee waved it away.

Forest's Lewis Grabban then had a decent opening after 43 minutes as he was released in behind by Joao Carvalho, but the home defence caught up with him and his effort was deflected wide.

The game developed into a far scrappier affair in the second half as both sides struggled to create chances.

Derby's best opening fell to Harry Wilson after Jack Marriott brilliantly found him in the box, but the young Welshman's volleyed attempt was kept out by Costel Pantilimon.

Forest then had a chance to win it late on as Joe Lolley played a one-two with Carvalho before attempting to bend one into the top corner from just inside the box, but his effort crashed off the crossbar.

If anyone deserved to be on the winning side it was Derby striker Marriott. He caused problems for the Forest defence all night and was let down badly by his support in the lack of chances created for him. Everything good in an attacking sense all night from the Rams came from him. 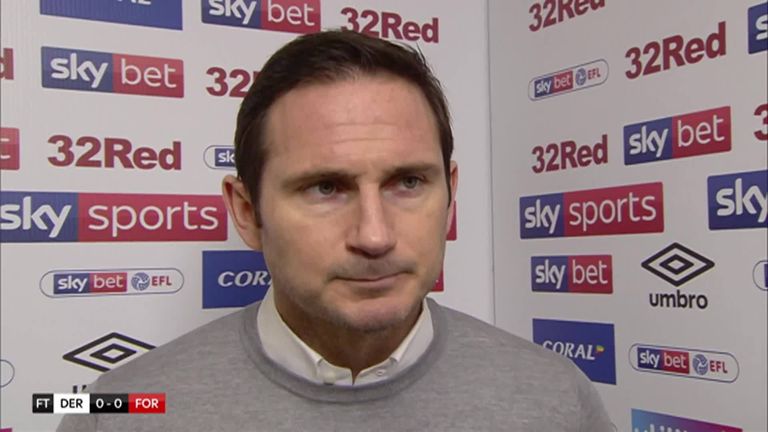 Frank Lampard: "It was a well-fought game. The quality was slightly down from both teams but the effort was absolute and everyone gave everything.

"The only person who I thought had a bad night was the referee, because he missed a blatant penalty that would have put us in the lead and changed a tight game. I defend referees big time because I understand the pace of the game, but that was the most simple penalty you can give and he got it wrong.

"It was never going to be an easy night for us where we opened them up. It's a well done to both teams but it's hard when there's a penalty you should get but you don't." 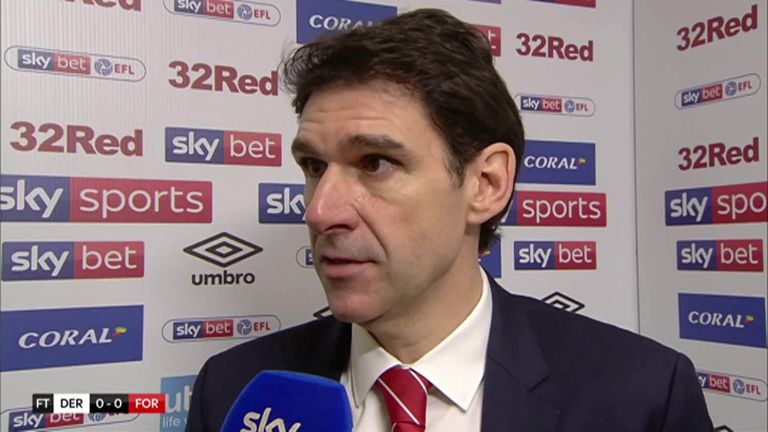 Aitor Karanka: "I think we should have won the game because we had the clearest chances. In the first 30 minutes we weren't as good as I wanted to be, but in the second half we were better.

"The main thing for me is even missing players who are big characters in this game we were really good, everyone was committed and I think everyone should be proud of the team."

Both sides are back in action in the Sky Bet Championship at 3pm on Saturday. Derby host Bristol City and Nottingham Forest face QPR at home.