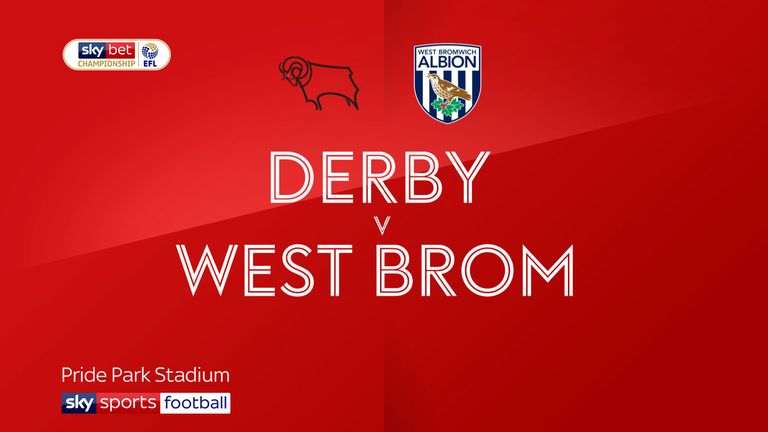 Kenneth Zohore scored a late penalty as West Brom drew 1-1 against Derby in a controversial clash at Pride Park.

Martyn Waghorn scored an early spot-kick for Derby himself, before seeing another saved by Sam Johnstone, before Zohore earned a point late on for the Baggies in the Sky Bet Championship encounter.

There was an element of controversy about the awarding of Waghorn's second penalty and Zohore's equaliser, but the spoils were eventually shared as Phillip Cocu was denied a first home win in charge of Derby, and West Brom stayed unbeaten.

It was a tale of two Waghorn penalties in the first half. Initially, it was a straightforward foul on the striker by Kieran Gibbs, and Waghorn converted after six minutes. 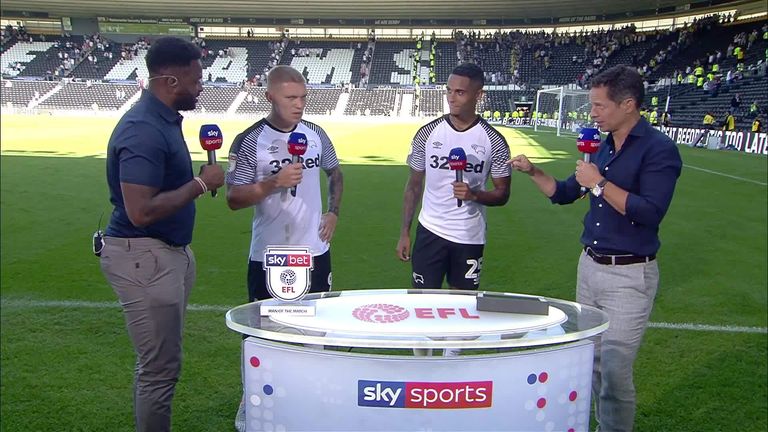 Martyn Waghorn and Max Lowe believe the referee felt obligated to award West Brom a late penalty in their 1-1 draw with Derby because of what happened in the first half.

After 43 minutes, the referee then pointed, somewhat harshly, for a handball by Filip Krovinovic - who appeared to control the ball with the part of his arm just below his shoulder inside the box. This time Waghorn went the other way and Johnstone made the save to his left, but the West Brom goalkeeper also appeared to be off his line before the penalty was struck.

The Baggies then should have levelled in first-half stoppage time as Romaine Sawyers found Zohore clean through in the box, but the striker's tame effort was kept out by Kelle Roos.

And just as it looked like Derby were heading for a win under Cocu, there was more penalty drama with six minutes to go.

Substitute Matheus Pereira was brought down in the box by Max Lowe - although any contact there was must have been absolutely minimal - and Zohore stepped up for the second time in a few days to nick a late point for the Baggies.

Man of the match - Max Lowe 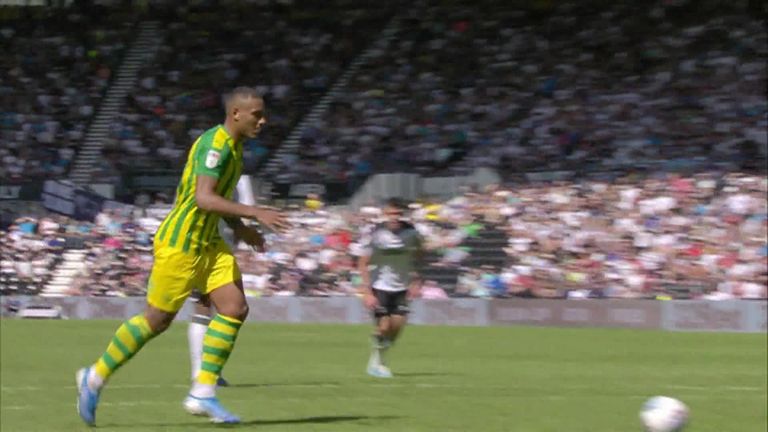 Zohore equalises from the spot

An impressive display in both defence and attack from Lowe as a right-back He caused problems all afternoon for West Brom and can consider himself unlucky for the way he was penalised for the late penalty that cost his side.

Phillip Cocu: "You know in football one moment in a game can change the result for you and I'm really disappointed about this because I told the lads at half-time be careful in the 18-yard box, no holding, no crazy tackles. In this situation, as a defender you have to stay on your feet. I haven't seen it but I don't care, you give the solution to the referee, if he touches or doesn't touch the player and stays on his feet, what can he do, nothing. It's hard, it's tough on us but that's why we don't have the three points. 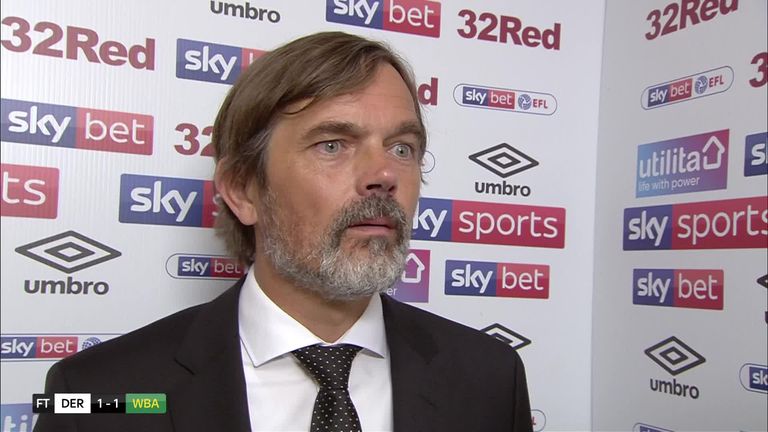 Phillip Cocu says it was a hard lesson to learn in Derby's 1-1 draw with West Brom after three penalties were awarded in a controversial game.

"It's very disappointing, maybe the worse from all the games. We got an early lead, started well and if he scores the second penalty I think victory is ours and even in the second half we created three really good opportunities to score but we couldn't get the second goal."

Slaven Bilic: "I don't want to talk a lot about them but they affect my job and everybody that is part of the West Brom family so I can give my comments in a nice way and a polite way. Nothing personal but I wasn't happy with that and for me, there were too many of them so I reacted a few times, for the penalty and the corner that wasn't given to us when it was an obvious deflection. Slaven Bilic says he is not happy with a lot of decisions made in his side's 1-1 draw with Derby but praised his side's quality, character and impact from the bench.

"Did I overreact? From their point of view I did but from my point of view I didn't. I will have to work on it and control myself. I will have to calm myself down a bit but I will always voice my opinion but I will never be rude and never be personal. West Brom is expecting me to voice my opinion, who will voice an opinion if it's not the manager?"

Derby face East Midlands rivals Nottingham Forest in the Carabao Cup on Tuesday night at the City Ground, while West Brom face Blackburn in the Championship next Saturday.