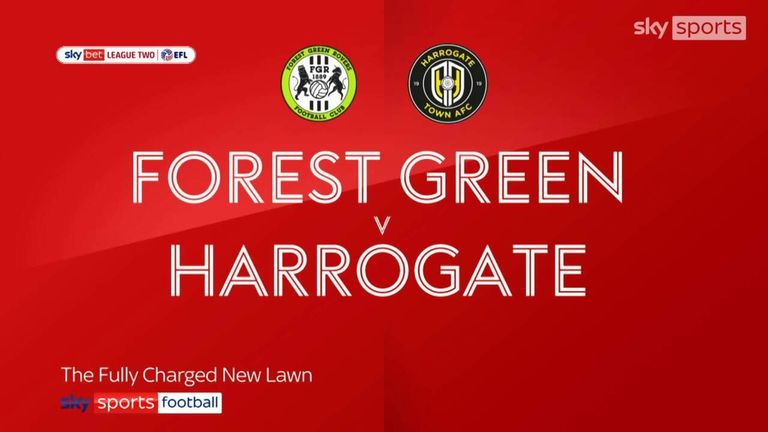 Harrogate proved to be Forest Green’s promotion party poopers as Rovers relinquished top spot in League Two for the first time since September.

Jack Muldoon put Harrogate ahead from the spot in the first half before Jamille Matt netted the equaliser with his 19th goal of the season, again from the penalty spot.

Sunderland loanee Jack Diamond regained the lead for Harrogate a minute after the restart and substitute Lloyd Curry made it 3-1 after 72 minutes.

A high-octane first half saw Forest Green open with poise - Baily Cargill nodding wide from a Nicky Cadden cross and Jack Aitchison fizzing over from the edge of the box.

Harrogate nosed ahead against the run of play when Kane Wilson tripped Diamond in the box for Muldoon to send Luke McGee the wrong way from the spot on 40 minutes.

Rovers replied in first-half stoppage-time - Matt striking from the spot after Wilson had been tripped in the box by Town captain Warren Burrell.

A minute after the restart Rovers were caught cold as Diamond picked his spot from the edge of the box to regain the lead for Town.

Simon Weaver's side made it 3-1 with 18 minutes left, substitute Kerry thumping the ball home as Rovers surrendered top spot to Exeter.