Report and free match highlights as Fulham beat Preston 3-0 in the Sky Bet Championship clash at Craven Cottage to seal their promotion to the Premier League; Aleksandar Mitrovic's double either side of Fabio Carvalho's goal confirms promotion with four games to spare 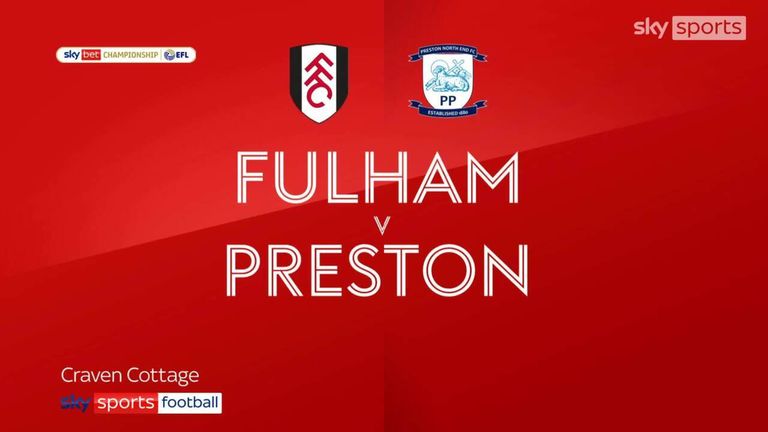 Highlights of the Sky Bet Championship game between Fulham and Preston North End.

Fulham secured promotion back to the Premier League in emphatic fashion as Aleksandar Mitrovic took his tally for the season to 40 with a brace in a comfortable 3-0 win over Preston.

The Cottagers could have secured their spot on Good Friday but a 2-1 defeat at Derby marked the first time they had suffered successive defeats this season.

However, they bounced back at Craven Cottage and took the lead with their first real chance of the game as Mitrovic slotted home. 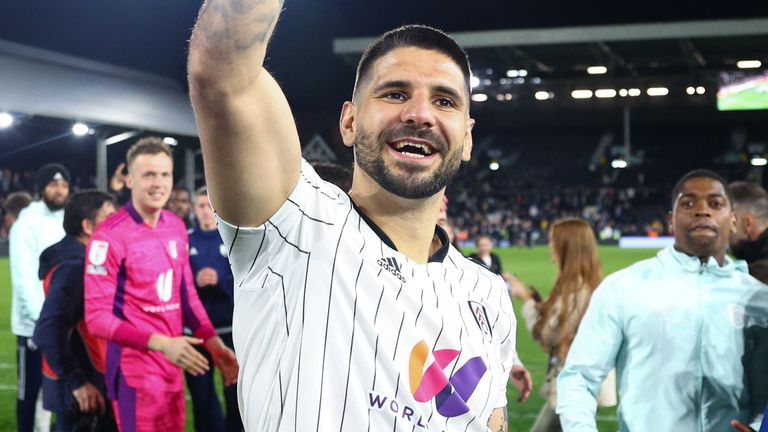 Aleksandar Mitrovic grabbed his 40th goal of the season as Fulham were promoted to the Premier League after beating Preston. 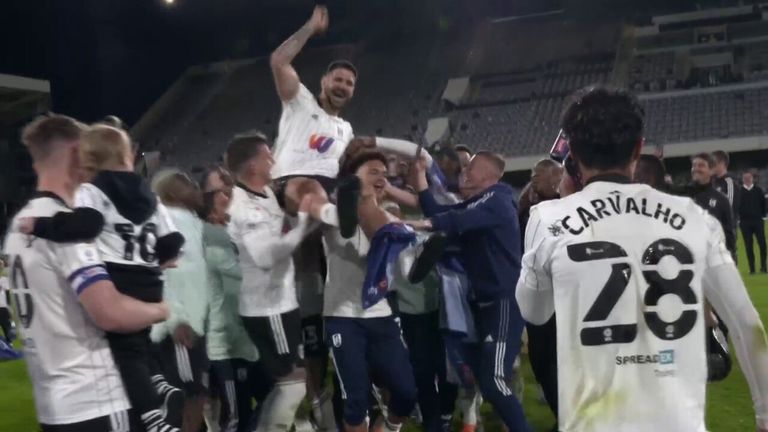 Aleksandar Mitrovic gives his reaction after leading Fulham to promotion to the Premier League after scoring his 40th goal of the season.

Carvalho added Fulham's second and just before half-time Mitrovic made it 40 Sky Bet Championship goals when he took a touch and fired the ball past the Preston goalkeeper.

Can Fulham survive in the Premier League this time?

Fulham have confirmed their place in the Premier League after bouncing straight back again, but can they make their top-flight status stick?

The Serbian forward had already cruised past Ivan Toney's Championship scoring record with 14 games remaining in the season and now sits just two behind Guy Whittingham's 42-goal haul for Portsmouth in 1992-93 - the most in any second-tier season during the Premier League era.

Preston came close to taking the lead in the fifth minute when Cameron Archer ran down the left before playing in Ched Evans, whose shot rebounded off Tosin Adarabioyo. The home side were able to scramble the ball away.

Goalkeeper Marek Rodak had to be alert again two minutes later to tip Ben Whiteman's effort over the crossbar and keep the score level.

Fulham scored from their first real attack of the game, with Joe Bryan coming inside from the left and cleverly playing in Mitrovic behind the Preston backline for the Serbian to slot home through the legs of Daniel Iversen.

The Cottagers had a chance to add to their lead in the 24th minute when the ball came in from Neeskens Kebano to Mitrovic and he backheeled the ball to Carvalho, whose shot was wide of the target.

The home side doubled their advantage just after the half-hour mark when Kebano's ball into the box took a fortunate deflection into the path of Carvalho and he fired a first-time shot into the back of the net. 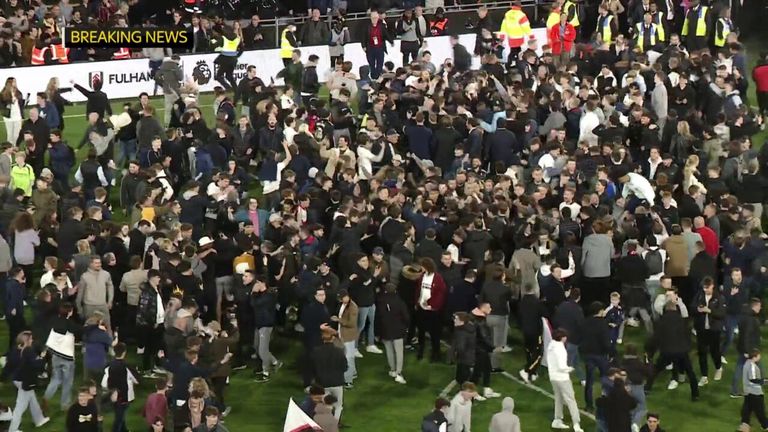 Fulham fans and players celebrated at Craven Cottage as Fulham were promoted to the Premier League after beating Preston.

Fulham added a third just before half-time, with Mitrovic scoring his 40th of the season in clinical fashion, taking a touch and firing home after being played in by Harry Wilson, who tops the Championship's assist charts.

Mitrovic came agonisingly close to his hat-trick less than five minutes into the second half when he pounced on a loose ball and ran through on goal, only for Iversen's outstretched leg to divert the ball onto the crossbar.

Iversen then denied the 27-year-old again in the 53rd minute as Fulham continued to press for a fourth goal, but they lacked the same intensity as the first half and the scoreline remained 3-0, with jubilant fans pouring onto the pitch at the final whistle with their Premier League place confirmed.

Fulham owner Tony Khan posted a message after promotion was confirmed, which read: "Thank you very much to all of you Fulham supporters!

"You all deserve this special night! Congratulations to you supporters, and congratulations and thank you to the Fulham squad and Marco Silva and the entire club staff!

"We're back in the Premier League! We're going up! Come on Fulham! 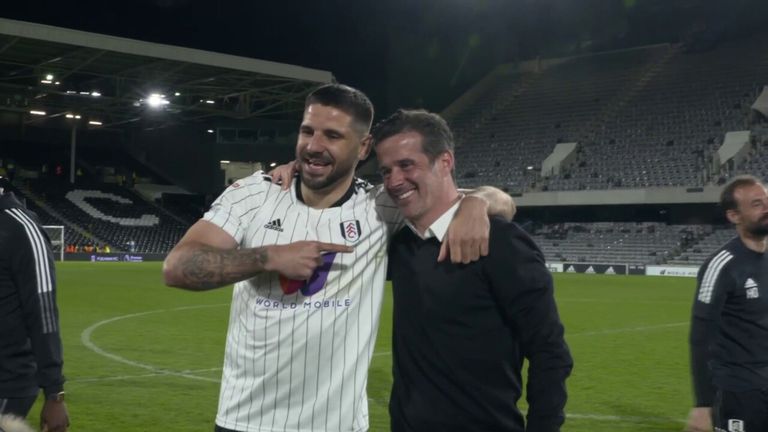 "We deserved it. We have to be proud of what we have achieved for this football club, it was the reason we came, the reason they invited us to come and join this football club, and we did it. I am proud of the players, not just because we achieved our goal or aim from the first day. The way we did it, the way we played, the way we were really dominant for most of the season has been fantastic for us, a fantastic journey for us Now is the moment for them to celebrate.

"A nice word yo-yo team, a good nickname. The challenge is huge definitely. We have to be really positive, we have to have desire and ambition. Now we celebrate and get the job done in the next four games."