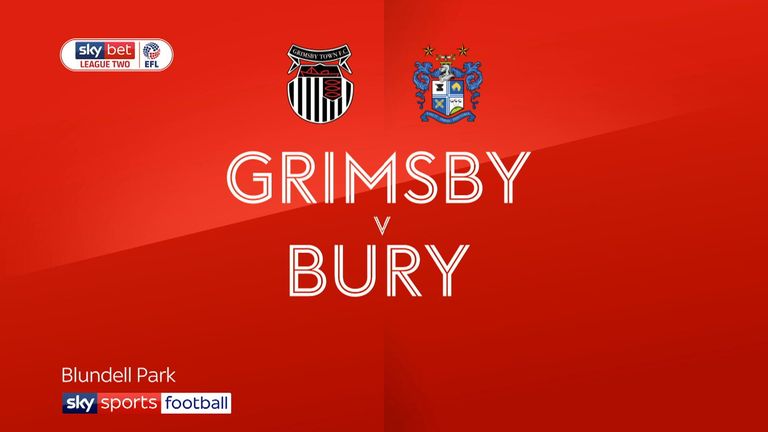 Highlights from the Sky Bet League Two match between Grimsby and Bury.

Bury's League Two title hopes were dealt a blow as they were held to an entertaining goalless draw at Grimsby.

Martyn Woolford had the first chance of the game as the ball sat up nicely for him on the volley, but he could not test Joe Murphy as the shot flew comfortably into the Bury goalkeeper's hands.

The visitors eased their way into the game before creating a couple of good chances, with James McKeown having to produce good saves from Jay O'Shea and Eoghan O'Connell midway through the first half.

Grimsby began the second half brightly, but were unable to really test Murphy in the Bury goal as the visitors started building up a head of steam.

Nicky Maynard stung the hands of McKeown as he connected well from a corner, before Jake Hessenthaler fired over on the break for the hosts.

Charles Vernam fizzed a powerful strike from distance wide, while Maynard fired over at the other end, but neither side were able to break the deadlock at Blundell Park.