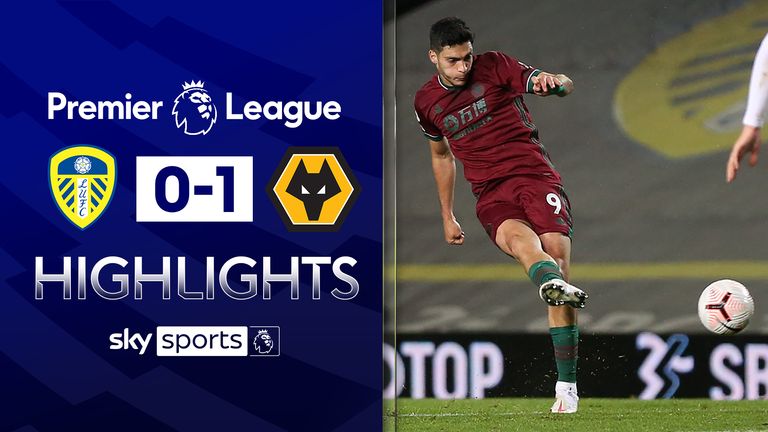 An energetic Leeds dominated the first half but failed to find an opener, the best chance in fact falling to Wolves' Daniel Podence, whose effort was saved by Illan Meslier.

But Wolves improved in the second half, and after Romain Saiss' superb volley was rightly ruled out for offside by VAR, the visitors took the lead as Jimenez's effort from the edge took a wicked deflection off Kalvin Phillips and wrong-footed Meslier (70).

Jimenez may count himself lucky not to have been sent off late on for a kick out at Robin Koch, and despite some late Leeds pressure, Wolves held on for their second straight victory having lost their previous two games. Leeds lost for the first time in three games, and sit on seven points from five games.

Man of the match: Max Kilman

Leeds' energy was relentless in the first half, virtually camping themselves in Wolves' half, but without finding an opener.

Marcelo Bielsa's side had nine shots in the first half - only Chelsea against West Brom (11) have had more attempts in the opening 45 minutes of a Premier League game this season without scoring.

They were reduced to half chances, albeit frequent - Luke Ayling saw a shot well blocked by Max Kilman, Douglas Costa dragged wide from a good position, and Rodrigo's chest and volley was stopped by Rui Patricio - but the best opportunity fell to Wolves in first-half stoppage time.

After Romain Saiss pulled back Leander Dendoncker's cross, Podence ran onto the ball, took a touch and saw his fierce effort beaten away by Meslier.

And Wolves came out the brighter in the second half as Saiss looked to have given them the lead, smashing home a brilliant half volley from 18 yards after Podence's cross had been cleared, but Podence was found to be offside from Conor Coady's initial diagonal.

The goal came from sheer persistence from Jimenez, dancing across the edge of the box and turning before shooting, but the effort would have been comfortably saved by Meslier had it not taken a nick off Phillips' head, dropping into the bottom left corner as the goalkeeper dived right.

Since the start of last season, Jimenez (30) is one of only four Premier League players to have scored 30+ goals in all competitions alongside Raheem Sterling, Harry Kane and Pierre-Emerick Aubameyang.

Leeds came close to levelling with six minutes remaining as Saiss' interception fell to Ian Poveda in the box, but his poked effort looped up just over Raphinha's head as Wolves survived.

Leeds made three changes following the 1-1 draw with Man City over a fortnight ago; Roberts and Alioski dropped to the bench, replaced by Harrison and Rodrigo. Skipper Cooper was injured in the warm-up, so Struijk replaced him.

Wolves meanwhile made just a single change from the 1-0 win over Fulham as Neves was replaced by Moutinho in midfield.

Though Jimenez turned out to the matchwinner, his evening nearly ended on a sour note as he kicked out at Koch after the two collided on the touchline. Jimenez didn't catch Koch, and neither referee David Coote nor VAR Michael Oliver saw anything wrong with the Mexican's action.

Wolves, nowhere near their best, were nevertheless rewarded for standing firm against a Leeds side who seemed to spend all their energy on a first-half blitz which failed to yield a goal.

In an entertaining interview with Sky Sports' David Jones and Jamie Carragher after the game, Wolves skipper Conor Coady first looked pleasantly surprised that Max Kilman was being awarded MOTM, and not himself, before being asked a cheeky, awkward question by fellow Liverpudlian Carra on a "link" with Liverpool by boss Jurgen Klopp... 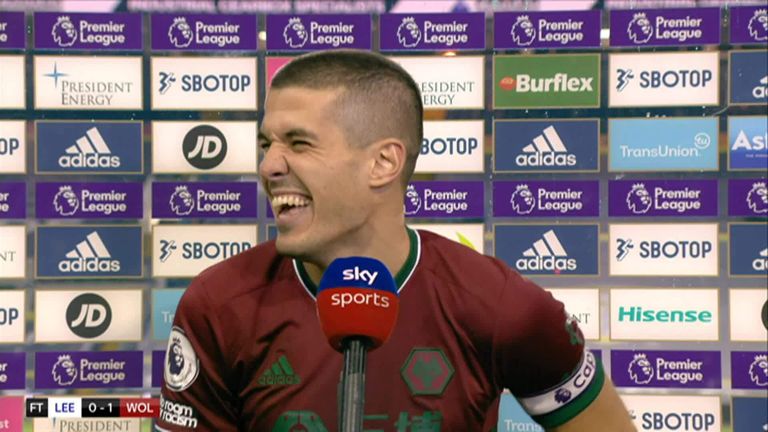 Conor Coady laughs off Carra's Liverpool link and is surprised to hear Max Kilman was man of the match...

Leeds boss Marcelo Bielsa: "In the first half we should have established some differences, in the second half the game was more even, and we thought we could balance them. I think we created enough opportunities to establish a lead. 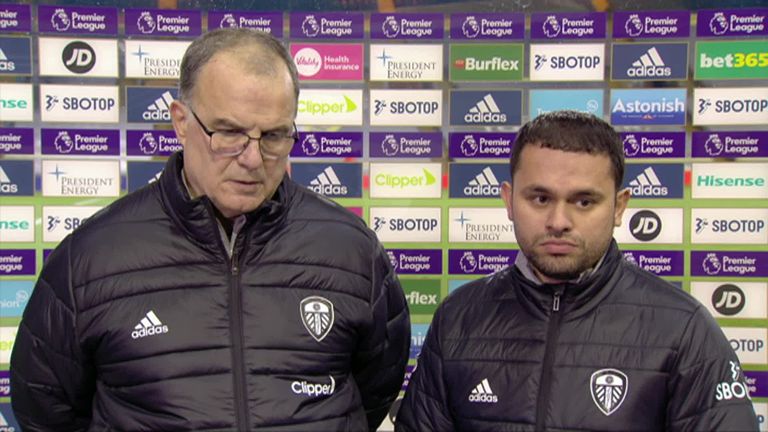 Leeds manager Marcelo Bielsa says he was disappointed to lose at home to Wolves in the Premier League as he felt his side created enough opportunities in the first half to win the game.

Wolves boss Nuno Espirito Santo: "The hard work of the boys pleased me most, the fitness of the team. We grew as the game went by. Both teams worked very hard and it was a very good game. 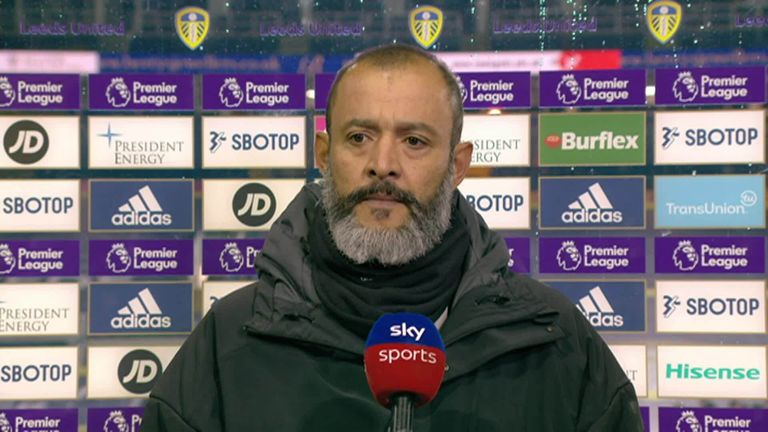 "I think this is the bounce-back that we desire. A second clean sheet in a row. It was a very difficult game for us, Leeds started very well, caused us enormous problems, but the second half we played good."

Leeds now go to Aston Villa in the Premier League on Friday night at 8pm, while Wolves host Newcastle on Super Sunday, live on Sky Sports Premier League at 4.30pm.