Britt Assombalonga missed a second-half penalty, while James Collins salvaged a point with a late strike 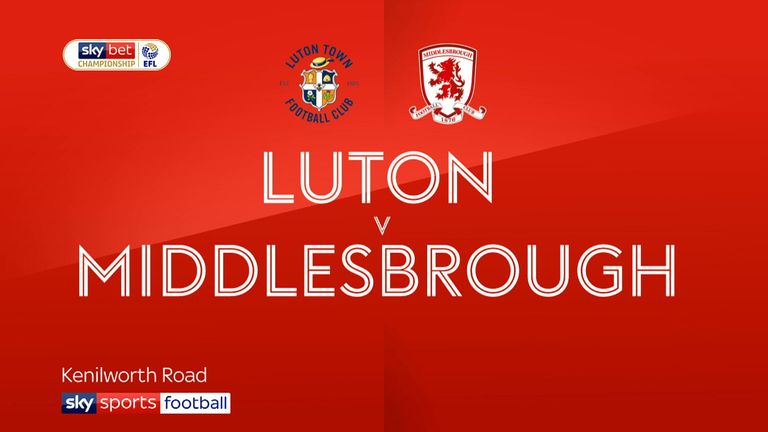 Luton and Middlesbrough started the season with a hard-fought point apiece after a pulsating 3-3 draw in the Championship curtain-raiser at Kenilworth Road.

Boro forward Ashley Fletcher scored the first goal of Jonathan Woodgate's reign with an early header (7), though a stunning volley from Sonny Bradley (17) and a debut goal from Martin Cranie (24) put last season's League One champions on top.

Hatters goalkeeper Simon Sluga's glaring error allowed Britt Assombalonga to get off the mark before the break (38), with Lewis Wing curling home a sumptuous effort to settle the nerves of the visitors (68).

Man of the match James Collins

As the breathless encounter continued, Assombalonga blazed a penalty over the bar, but with five minutes to go, James Collins coolly tucked home to preserve Luton's home record that stretches all the way back to March 2018.

How Luton impressed on their second-tier return

Life after Tony Pulis got off to a dream start inside 10 minutes; Marvin Johnson's initial corner was cleared, but the winger expertly lifted the ball into the six-yard box and Fletcher glanced home at the second attempt.

The face of Woodgate instantly lit up, yet his jaw - along with just about everyone watching - hit the floor when Bradley chested down a defensive header and crashed in a stunning volley in return.

Full-back Cranie turned the game on its head with a close-range header as the pulsating first half flew by, before the Hatters' record signing Sluga, allowed Assombalonga - Boro's top scorer two seasons running - to squeeze an effort through his palms at the near post.

Around the hour mark, momentum began to sway towards the visitors. Dan Potts was denied a penalty after jostling with Wing, who quietened the home crowd when he intercepted a Jonny Howson cutback and thumped home a Beckham-esque strike.

As Luton find themselves in the second tier after a 12-year absence, Graeme Jones handed out four debuts: Simon Sluga started in goal, with fellow summer signings Martin Cranie, Callum McManaman and Ryan Tunnicliffe joining him.

Boro boss Jonathan Woodgate made three new signings this summer, but none of them made his starting XI on Friday.

It was a familiar looking side, though new recruits Marc Bola and Marcus Browne were both named on the bench. Former Real Madrid goalkeeper Tomas Meijas misses out, while Hayden Coulson was handed his league debut at left-back.

The visitors were awarded a penalty when Cranie was adjudged to have brought down Boro left-back Hayden Coulson, but Assombalonga squandered the chance to settle the tie when he swaggered forward and fired over the bar from 12 yards.

There was a cup-tie feel about the final period of the game and it was inevitably set-up for Graeme Jones' men to upset the applecart late on, which they did when last season's top scorer James Collins pounced to tuck into the bottom corner after Potts' deflected effort ricocheted into his path.

Man of the match - James Collins

Deployed on the wing in Luton's first game back in the Championship since 2007, Collins' ability to step up a level had been called into question over the summer. However, he answered his critics in style with an energetic performance in the opener capped with a late strike to seal a more-than-deserved point.

Graeme Jones: "I think it defined the Championship tonight. From our point of view, we concede a set-play, we make a mistake and Lewis Wing scores a worldie and the character of the group; I'd like to think the style of the group got us back into the game at times. 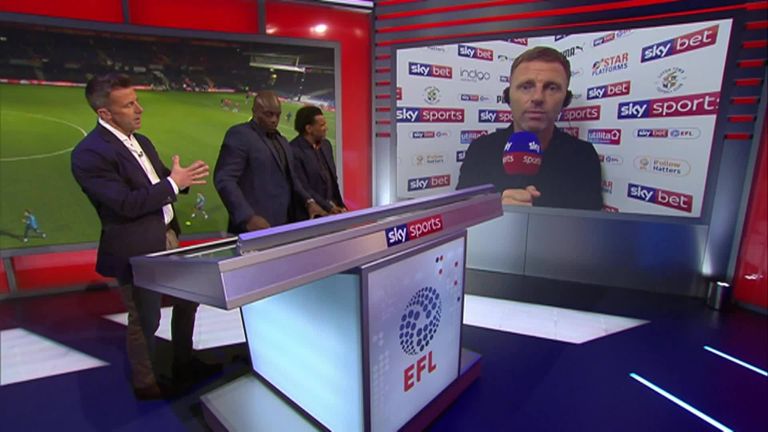 "I watched from a distance for six months last season and the group is together. They've got real strength in unity and I liked our technical and tactical performance tonight. It wasn't perfect, but I'd like to think people can see what we're trying to do. The character of the group got us the result so I'm taking the positives."

Jonathan Woodgate: "That was a great advertisement for the Championship - 3-3, end-to-end, teams constantly trying to win the game. That's what football is all about. At times we weren't great, but we deserved to win the game, especially in the second half. 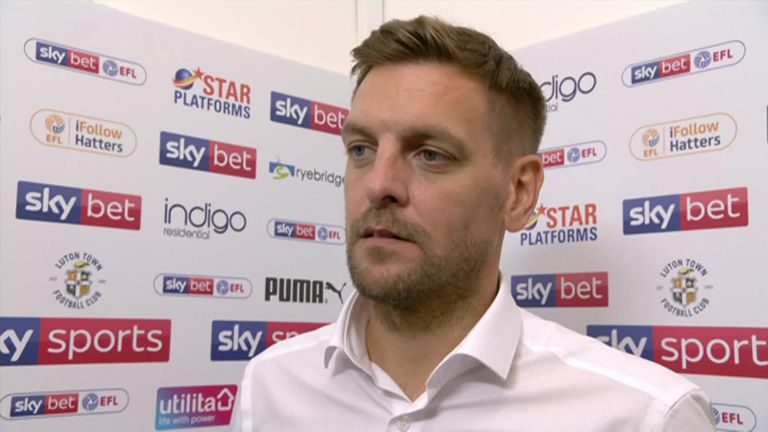 "They've just come up and Graeme Jones is going to do a great job with them. They played some excellent football in the first half, but it's just good to see goals going in - I love it!"

How will Woodgate's style vary from Pulis'?

Sky Sports pundit Don Goodman addressed how Jonathan Woodgate's style will vary from the style synonymous with Tony Pulis, which frustrated many fans at the Riverside last season

He said: "I think eventually. As he alluded to, in the first half things weren't going their way. There were one or two channel balls - for want of a better expression - where he'd want them to be a little bit more composed and he'd want the person on the ball to have one or two more options.

"But they got it going in the second half and the Lewis Wing goal epitomised what he wants. Without the ball there were lots of good moments where they pressed Luton high up the pitch and won the ball in the final third. All in all, you can see how pleased he is with the efforts of his team." 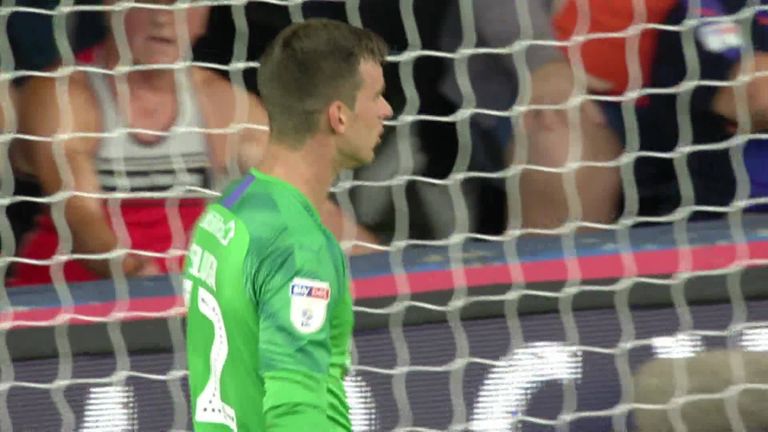 Luton Town goalkeeper Simon Sluga had a moment to forget Brit Assombalonga's tame shot squirmed past him in Luton's season opener against Middlesbrough.

Luton travel to south Wales to take on Neil Warnock's Cardiff next Saturday afternoon, while Middlesbrough host Brentford at the Riverside Stadium. Both games get underway at 3pm.