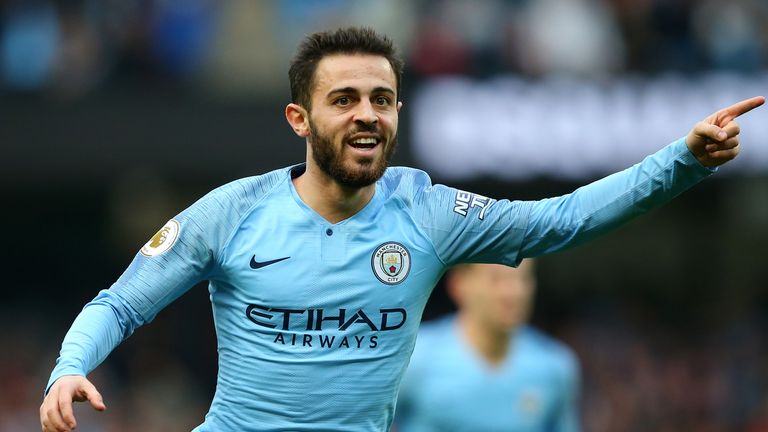 Manchester City returned to the top of the Premier League by beating Burnley 5-0 as Kevin De Bruyne returned from injury on Saturday.

The Belgian played the final 30 minutes after two months out, by which time City had the game sewn up after goals from Sergio Aguero (16), Bernardo Silva (54) and Fernandinho (56), while Riyad Mahrez (83) and Leroy Sane (90) added late gloss to the scoreline.

Bernardo Silva's effort was a controversial one, though, as Burnley's players had stopped playing after seemingly believing referee Jon Moss had blown his whistle, while David Silva's pass for the goal looked to be out of play.

The Premier League champions now hold the record for the longest unbeaten run of Premier League games on Saturdays at 3pm, taking their tally to 35 in a row.

For Burnley, their mini-revival of three games unbeaten hit the buffers but easier challenges than this lie ahead for Sean Dyche's men.

On his first return to Manchester City as an opposition player, Joe Hart received a warm reception from the home galleries but got no special treatment from his former team-mates.

Aguero was on hand to power home past Hart after 16 minutes following some silky approach by David Silva.

Kevin De Bruyne returned from over two months off – he was on the bench. Perhaps surprisingly, Raheem Sterling was dropped for Leroy Sane while Kyle Walker was out injured. For Burnley, Sean Dyche has made two changes from the draw at Huddersfield with Steven Defour and Jeff Hendrick returning to the team.

John Stones had to be alert to block away a goal-bound Jeff Hendrick effort on 35 minutes but it was City playing all the forward-thinking football. Clear-cut chances were hard to come by, although Aguero did fire wide from a tight angle just before the break.

Burnley always had a puncher's chance but the all-important second goal ended their hopes of an unlikely result - but it was soaked in controversy.

On 54 minutes, Sane went down in the area after what looked like a foul, which drew referee Moss to put the whistle to his lips but not commit to a decision. Burnley's defenders then stopped to seemingly accuse Sane of diving but David Silva was alive to the situation and kept the ball alive on the by-line.

The ball looked to be out of play but was missed by the officials and his pass was smashed home in style by Bernardo Silva. The Burnley players surrounded the referee but the goal was given.

De Bruyne, back earlier than expected from knee ligament damage sustained in August, added further quality to City and Mahrez bent in a sumptuous fourth goal from 25 yards with seven minutes left before Sane wrapped things up in injury time.

Amazingly, he came into the game with no assists this season but had created the second-most chances of any player in the league (22). He was at his creative best again here. There were to be no goals for the City legend but he unlocked the door twice to break his duck in terms of assists. That is 77 Premier League assists for the club in 255 appearances.

"It's always hard after the international break as you don't know what's going to happen. In the first-half we created chances and Joe Hart made some incredible saves. But the second half was much better - it's always hard after the international break to get into a rhythm. But we had players on the bench to change our pace but when we scored the second and third goals it was easier. We played seriously and had a good game." 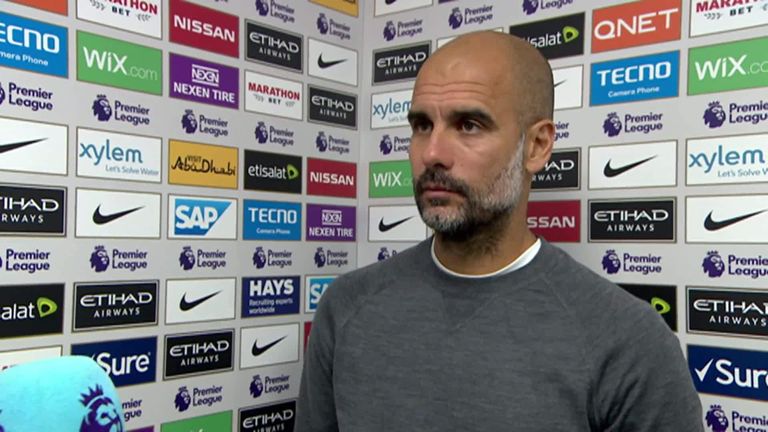 Pep Guardiola says Manchester City's goals were outstanding as they beat Burnley 5-0 at the Etihad.

"It's a strange goal for the second, which is inevitably the killer and the change in the game. Someone goes down with the tiniest of touches in the manner like they've been hit in the side. That's nearly given by the ref, then not given and waved away. Then the ball goes out of play, they cross it and then they score from it. Then at 2-0 down it's really difficult. We lost focus as we were so involved with the officials." 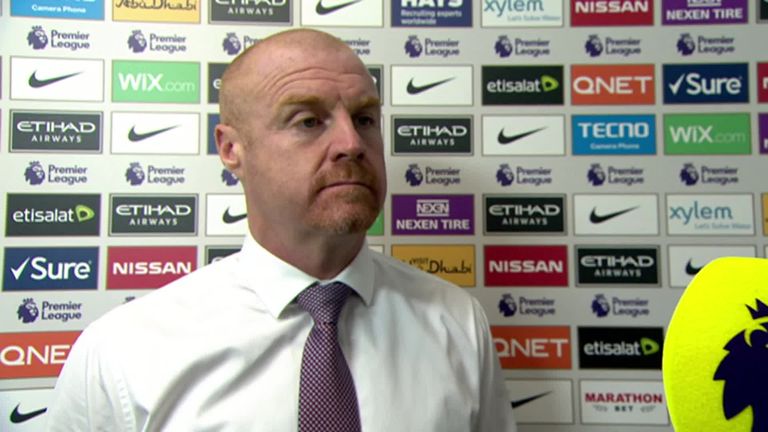 Burnley's Sean Dyche thinks Man City's Vincent Kompany should have seen red in the first minute during their 5-0 defeat.

City travel to Ukraine for a Wednesday night Champions League fixture with Shakhtar Donetsk while Burnley are back in action next Sunday with a tricky trip to Chelsea.