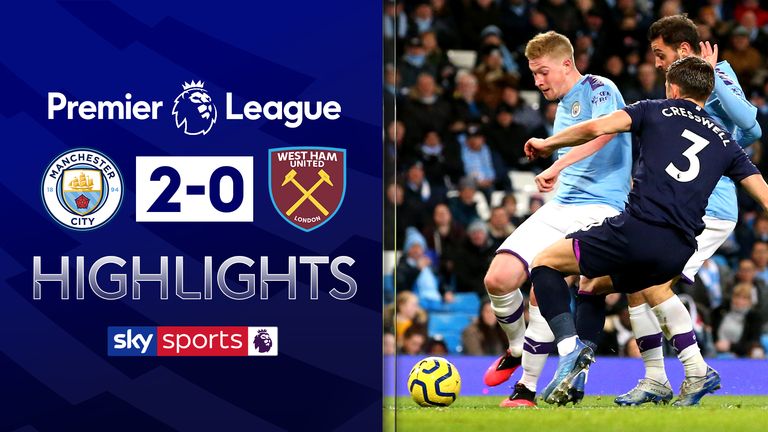 Manchester City returned to winning ways after a tumultuous week off the field with a comfortable 2-0 victory over West Ham on Wednesday.

Postponed by 10 days due to Storm Ciara, the champions let their football do the talking with a display of attacking dominance in their first game since receiving a two-season ban from all UEFA competition.

Rodri opened the scoring on the half hour with his first Etihad Stadium goal before Kevin de Bruyne wrapped up the three points after the hour as Pep Guardiola's side consolidated second in the Premier League by moving four points clear of third-place Leicester, who they face on Saturday.

For West Ham and David Moyes, their failure to register a single attempt on target on their way to a fourth league defeat in six leaves the Hammers in the relegation zone and in desperate need of points.

How City let their football do the talking

It took just six minutes for City to carve through the West Ham defence. David Silva threaded a sumptuous ball through the eye of a needle to release Gabriel Jesus through on goal, but the Brazilian opted against shooting first time and was dispossessed by Ryan Fredericks as he tried to round Lukasz Fabianski.

Sergio Aguero flashed an improvised shot with the outside of his boot wide moments later as City bombarded the West Ham goal in search of the early breakthrough.

Kevin de Bruyne's deflected strike forced Fabianski into action with his feet before the Belgian presented Jesus with a second gilt-edged chance inside the quarter-hour but having stabbed the ball through to the onside Brazilian, his two attempts were blocked by Aaron Cresswell.

The offside flag came to the Hammers' rescue on 20 minutes, wrongfully catching Aguero offside and sparing last man Angelo Obgonna from a potential red card for preventing the Argentine from getting a shot away.

But West Ham's resistance was finally broken on the half-hour as De Bruyne's whipped corner was glanced home by Rodri, who opened his scoring at the Etihad, despite the returning Aymeric Laporte's efforts to poke the ball in on the goal line.

The Hammers' cause was hampered by the loss of Fredericks to a shoulder injury on the hour, and insult was added to injury within seconds of his departure as De Bruyne ghosted into the box and rifled City's second past Fabianski at his near post to secure a morale-boosting victory. 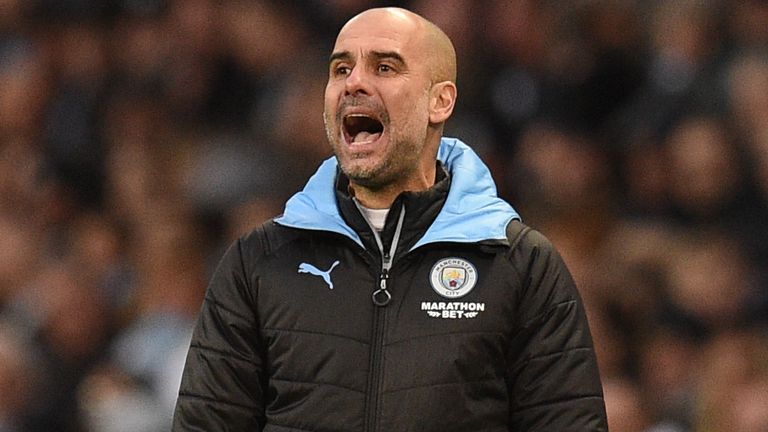 Manchester City boss Pep Guardiola reflects on the win over West Ham and is asked about the two-year European ban imposed by UEFA.

Man City boss Pep Guardiola: "All we can do as people on the pitch is continue doing what we have done over the last four years and focus on that until the end of the season. It's not finished. The club believes it [the ban] is unfair, so we are going to appeal, and we are going to wait. I trust my club completely 100 per cent, they explained to me the reason why it happened and now we are going to appeal." 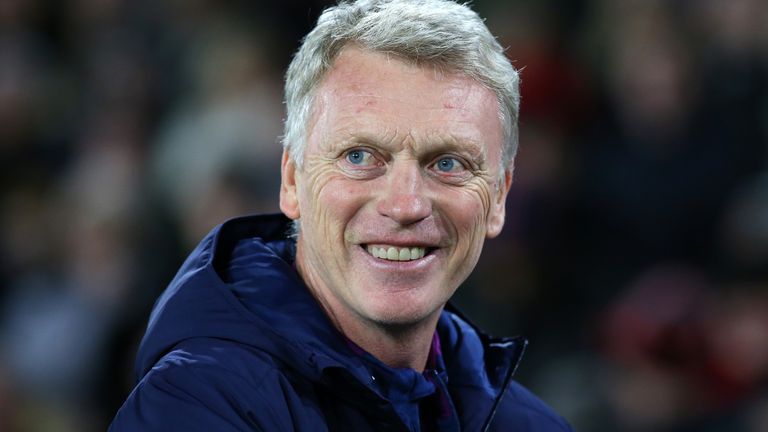 David Moyes was full of praise for his West Ham players following the Premier League defeat to champions Manchester City.

West Ham boss David Moyes: "We were really well organised defensively, the structure we set up with tonight was to try and make it difficult for Manchester City. With the quality they have got there will be very few teams that come here and be open, but I thought we did a decent job. Some of the bits were very good but it was not good enough to get anything from the game because Manchester City played very well with the ball."