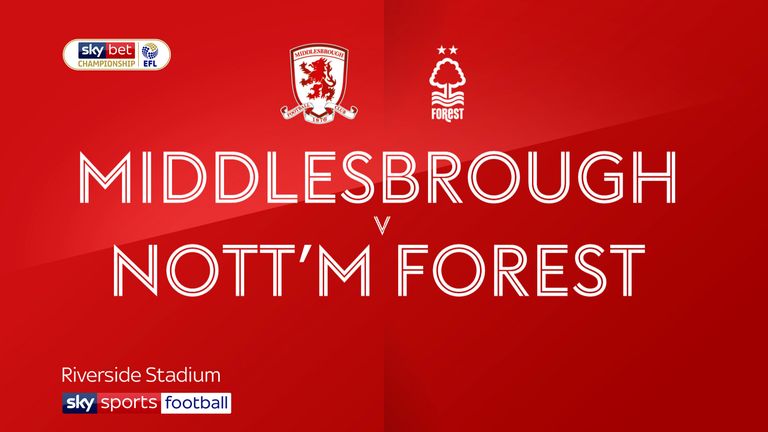 Lewis Grabban's smart finish earned Nottingham Forest a late point against Middlesbrough as they drew 2-2 at the Riverside Stadium on Monday night.

Ryan Yates had put Forest in front in the first half of the Sky Bet Championship encounter, but goals from Rudy Gestede and Lewis Wing - both before half-time - seemingly had Boro on their way to a vital win that would have lifted them out of the relegation zone.

But Grabban's unorthodox effort from close range on 86 minutes ensured the spoils were shared, and Boro would remain a point from safety.

It was a good end to the game for Forest, who wouldn't have risen above fourth in the table even with a win, but they are now eight points behind Leeds in second and three off of Fulham in third. There is, however, now six points between themselves and Bristol City in seventh.

A topsy-turvy clash at the Riverside

After a tentative start at the Riverside, the opening goal came largely out of nowhere on 29 minutes. Alfa Semedo held off Paddy McNair to square for Sammy Ameobi, and then he shifted it quickly to Yates on the edge of the box, who turned well before picking out the bottom corner.

Boro had won just one game all season after falling behind - on 21 occasions - but they staged a remarkable comeback before half-time. The equaliser on 40 minutes came from a corner as McNair's free-kick was nodded across goal by Harold Moukoudi, and Gestede popped up to head home his eighth goal in 10 games against Forest.

Jonathan Woodgate made three changes to his Middlesbrough side as Marvin Johnson, Paddy McNair and Rudy Gestede came in for George Friend, George Saville and Ashley Fletcher. While Alfa Semedo replaced Tiago Silva for Nottingham Forest.

Four minutes later, they were in front following a remarkable counter-attack. It took just 11 seconds for the ball to travel from Aynsley Pears to the back of the Forest net. The goalkeeper set Hayden Coulson on his way, and he charged forward before finding Wing. Brice Samba got a big hand to his effort, but he couldn't keep the ball from sneaking over the line.

Sabri Lamouchi responded in the second half with a string of changes. Adama Diakhaby, Joao Carvalho and John Bostock were all gradually introduced as Forest sought a way back into the game, but Boro's resilience kept them largely at bay. 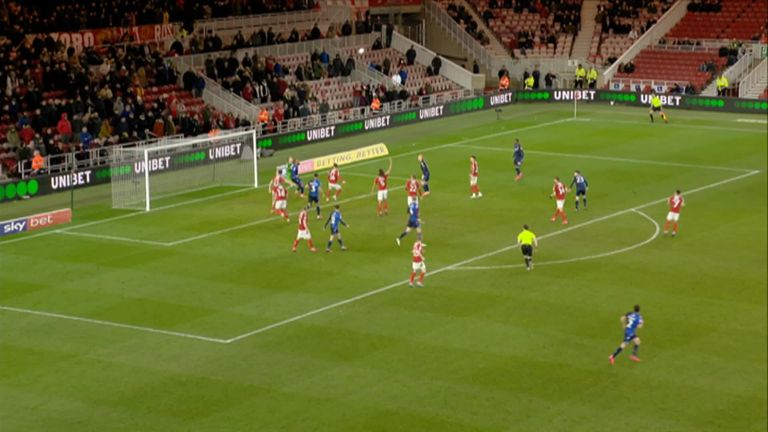 That was until the visitors' equaliser. It was brilliant from Grabban, too, as he showed all his attacking nous to sneak into the six-yard box after a shot from the edge of the box had looped high into the air. He then used his strength to hold off Pears before using the spin of the ball - with his back to goal - to flick it over the line.

Middlesbrough's Jonathan Woodgate: "I thought it was [a foul on Pears] to be honest with you. Nine out of 10 times that's getting given. The referee in my opinion didn't make the right decision, but it happens and we move on from it.

"I thought we deserved the win. The reaction, especially after they went ahead, was good. I've got to remain positive with my players and keep them going for the next game against Charlton. We've just got to win as many as we can now. We need to put a run together."

Nottingham Forest's Sabri Lamouchi: "We missed a lot of chances. We started [poorly] and I was only happy with the last 10, 15 minutes when we played with more quality, more simply and with more intensity.

"But we deserved a point and we could have won it at the end."

Man of the Match: Hayden Coulson

A brilliant, direct display from the 21-year-old Middlesbrough academy graduate. Everything good about the home side in an attacking sense came through Coulson, whose brilliant run set up the goal that really ought to have seen them win the game.

Nottingham Forest are back on Sky Sports on Friday night as they host Millwall. Kick-off is at 7pm ahead of a 7.45pm kick-off. Middlesbrough head to Charlton for a 3pm kick-off on Saturday.