Millwall 0-2 Blackburn: Adam Armstrong scores one and assists another in late Rovers victory 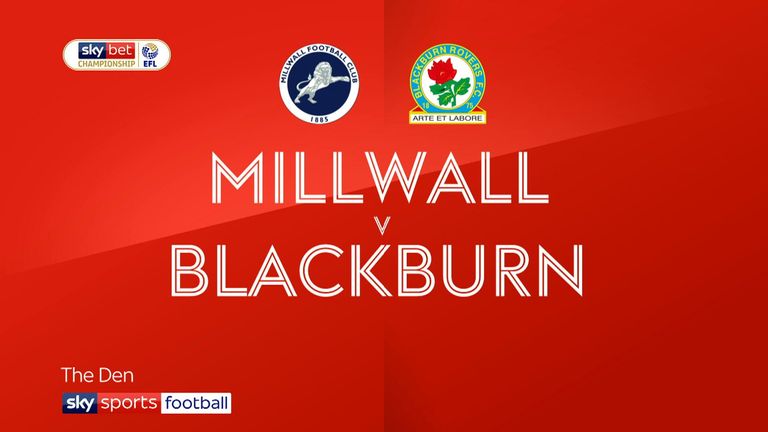 Highlights of the Sky Bet Championship match between Millwall and Blackburn Rovers.

Millwall's four-match winning streak came to an end on Saturday evening as Blackburn struck twice in the final five minutes to win 2-0 at the Den.

After a scrappy first half with few chances, Joe Nuttall repaid Tony Mowbray's faith in starting him in attack by applying the fortunate touch to a Lions clearance that took the ball over the line (86).

Just a minute later, substitute Adam Armstrong was played through by Rovers skipper Elliott Bennett, allowing him to squeeze a low shot beyond the reach of Jordan Archer (87).

Man of the match: Darragh Lenihan

The result moves Blackburn to within six points of a Championship play-off place, while Neil Harris' men remain five points above the drop zone, despite their recent upturn in fortunes.

While buoyed by their recent purple patch, Millwall's gameplan took a blow after just seven seconds, when striker Tom Elliott was forced off after dislocating his shoulder in an aerial duel with Darragh Lenihan.

Harris hastily introduced Steve Morison in his place, but it was Jake Cooper who posed the biggest threat, with the towering centre-back often spotted leaping from within a crowd to head towards goal.

Midway through a first half devoid of chances, there was another enforced change, but this time it was referee Robert Jones who made way for fourth official Gavin Ward after sustaining a suspected calf injury.

It took more than an hour for either goalkeeper to be tested, although visiting 'keeper David Raya had to be alert to keep out Ryan Leonard's rasping drive and Jack Rodwell flicked a header just over the bar at the other end soon afterwards.

With 74 minutes on the clock, Mowbray made the bold move to withdraw star man Bradley Dack and replace him with Armstrong, a decision that was booed by a small minority of the travelling support.

Both sides made three changes ahead of the game, with Jack Rodwell, Harrison Reed and Joe Nuttall restored to the starting line-up by Blackburn boss Tony Mowbray.

But Armstrong orchestrated the first, which saw Nuttall in the right place to inadvertently head home a Lions clearance, before driving home the second to secure a first clean sheet on the road in seven and a second straight Championship victory.

Man of the match - Darragh Lenihan

Despite being involved in the aerial collision in which Millwall forward Tom Elliott dislocated his shoulder, Lenihan turned in a performance of the highest calibre and formed a strong bond with Jack Rodwell in the centre of defence.

Neil Harris: "We're frustrated, certainly. There's nothing in the game, it's a 0-0 draw all the way through; neither team has done enough to win the game. And then they scored a good goal, with good build-up down their left-hand side.

"I think it's poor marking from us. The one moment we switch off in the game, we get punished - that's the level we're playing. I said to the players 'you have to keep a clean sheet' and we lacked a little bit of quality at times in the final third." 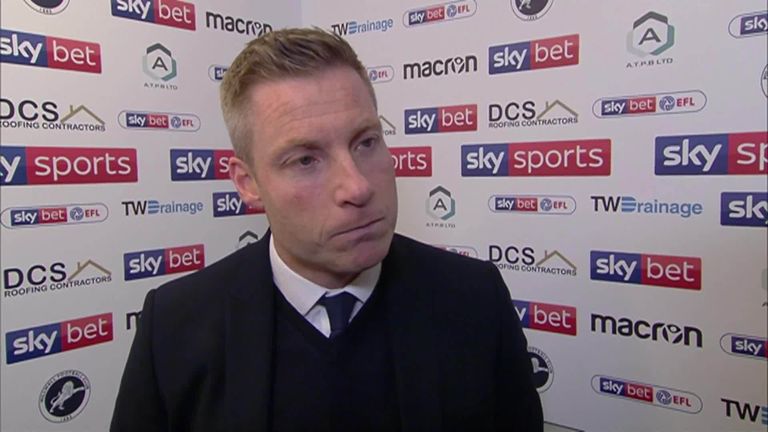 Neil Harris says he felt neither Millwall or Blackburn did enough to win their clash but thought the Lions just edged it, despite Rovers' late strikes to win 2-0.

Tony Mowbray: "It was a terrible game of football, being a football man all my life. Hopefully, in our defence, if you come to Millwall and think you can come and pass them off the pitch, you'll be in trouble.

"The atmosphere that the supporters can create…it's like 90 minutes of torture stood there and the abuse you take behind you is unbelievable! We can smile about it now, it's finished, we won 2-0. We are just happy that this game is behind us and I would say it's not a true reflection of how Blackburn Rovers play every week." 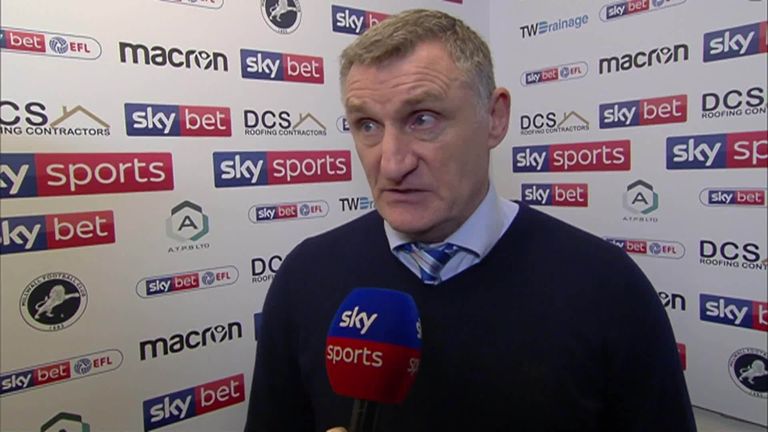 Despite leaving The Den with three points, Blackburn boss Tony Mowbray admits that their match with Millwall was a terrible affair but can walk away the happier of the two managers.

Next up for the Lions is a trip to Middlesbrough next Saturday afternoon, with Blackburn hosting basement club Ipswich at Ewood Park.