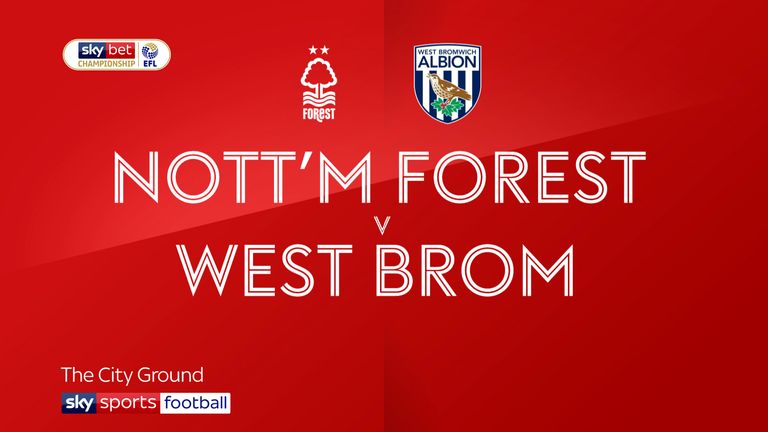 Highlights of the Sky Bet Championship match between Nottingham Forest and West Brom.

West Brom's Matty Phillips scored an outrageous winner as the Baggies started life under Slaven Bilic with a comfortable 2-1 victory over Nottingham Forest.

The hosts went ahead through Matty Cash after eight minutes of a high-tempo affair, but Kyle Edwards levelled proceedings soon after when he took advantage of suspect goalkeeping by debutant goalkeeper Aro Muric (15).

Inside the opening 30 minutes, the result was ultimately sealed when Phillips lined up a cross from the right-hand side that dipped over Muric - on a season-long loan from Manchester City - and into the back of the net.

Man of the match Nathan Ferguson

That eliminated any momentum Sabri Lamouchi's had generated, with Sam Johnstone a relative spectator as West Brom showed their game management ability to coast in a dominant second half.

The City Ground was rocking ahead of kick-off, with the air of expectation and anxiety in abundance. Both sides - each led by a new manager - burst out of the traps from the first whistle, with last season's play-off semi-finalists West Brom pegged back early on.

Playing at right-back after a knee injury suffered by Tendayi Darikwa in midweek, Cash set the ball rolling when he burst forward, neatly exchanged passes with Albert Adomah and lashed past Johnstone.

Seven minutes later, the horror-show began for 20-year-old Kosovan Muric. Edwards' quick feet sat Cash on his backside, with the subsequent shot squirming underneath Muric's outstretched hands. But his embarrassment was about to intensify.

Phillips' intention was called into question, but he looped a cross from the right flank over the head of Muric and it ended up in the net.

For the hosts, Man City goalkeeper Aro Muric started alongside fellow new recruits Alfa Semedo, Albert Adomah and Tiago Silva, with Rafa Mir and Sammy Ameobi both named on the bench. Michael Dawson made his first appearance since December.

In the second half, the energy of the hosts appeared depleted. Alfa Semedo rode several challenges and fired over from 20 yards, while Lewis Grabban missed a connection on Adomah's cross as he had done before the break.

The chances, however, were intermittent and greatly limited largely due to the sturdy performances turned in by West Brom backline, who held firm.

Man of the match - Nathan Ferguson

Debuts often don't go to plan, but the young full-back took the game by the scruff of the neck and starred for the Baggies, proving to be another success story for the club's academy.

Speaking to Sky Sports after full-time, Bilic praised the 18-year-old: "He's actually a centre-back. But he has skill, athleticism, stamina, pace - he's got everything to be a good right-back.

"There's nothing better than a right-back who can play but also, at the same time, is not afraid of the far post and is a good defender."

Sabri Lamouchi: "Of course I will not be happy because we had a fantastic start. At the beginning, it was perfect - the pressure, the way we played, we scored. After the goal, we stopped playing, we went back and gave them the possibility to get back into the game very quickly. 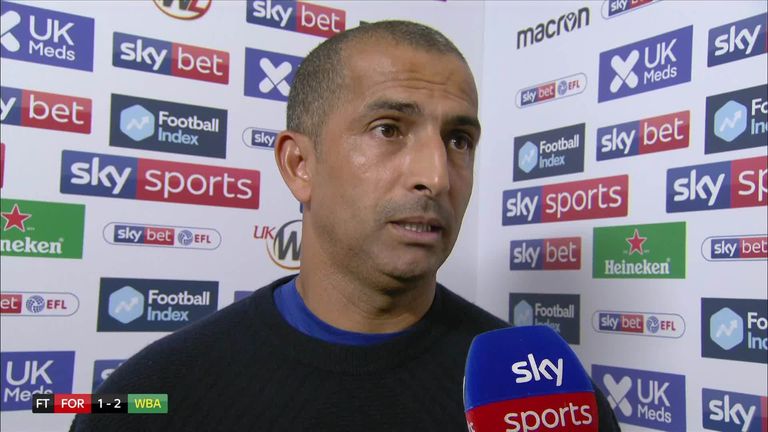 Nottingham Forest manager Sabri Lamouchi praised how his side started the game against West Brom but admitted he was disappointed by the mistakes that his side made.

"We just made too many mistakes. Honestly, my players did not deserve this loss because they tried a lot, but two mistakes were enough to lose the game. This can happen, but we just need to learn about our mistakes."

Slaven Bilic: "We deserved it. I wanted to say it was all about the points but that would mean that we scrapped it. I'm pleased with the way we played. They started better and I wasn't happy with that, which I told them at half-time. 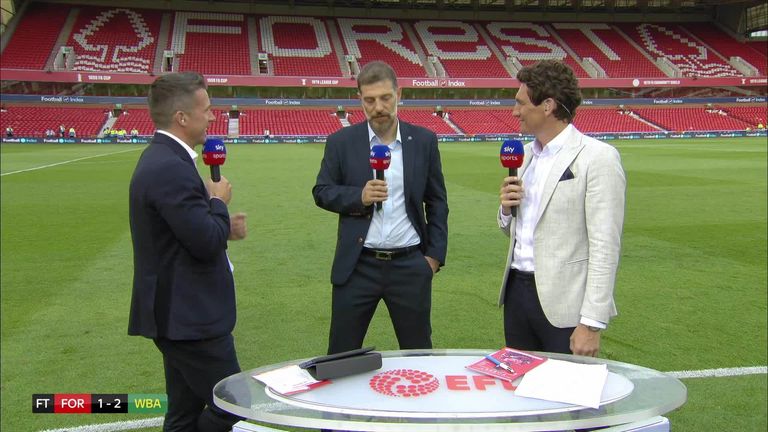 "When you show these goals to the guys who didn't watch the game, they will say that we came back with a couple of goals that could have been saved. But straight after Forest scored, it was us in front of their box. Why I'm angry is because I told the guys after 2-1 they were a little bit shaken."

Could West Brom go one better this term?

Sky Sports EFL pundit Keith Andrews spoke to David Prutton after the game, discussing the Baggies' chances in the Championship this season after missing out on the play-off final last term.

He said: "They did well last year in terms of finishing where they did because, traditionally, when teams come down from the Premier League, it's very difficult to bounce back. I thought they consolidated and were close.

"What he [Bilic] has got to work with is a decent nucleus of a squad, but I feel good about what he has at his disposal and the time he's had in pre-season. I was very impressed."

Both sides are next in action in a week's time; West Brom host Millwall at 3pm, with Forest travelling north to Elland Road where they face Leeds in the 12.30pm kick-off, live on Sky Sports Football.