The SFA will back Gianni Infantino to be next FIFA president

Gianni Infantino will have the backing of the Scottish FA at this Friday's FIFA presidential election.

SFA chief executive Stewart Regan, president Alan McRae and vice-president Rod Petrie will all travel to Zurich on Thursday, with Regan revealing that UEFA general secretary Infantino is the organisation's "clear" choice ahead of the vote. 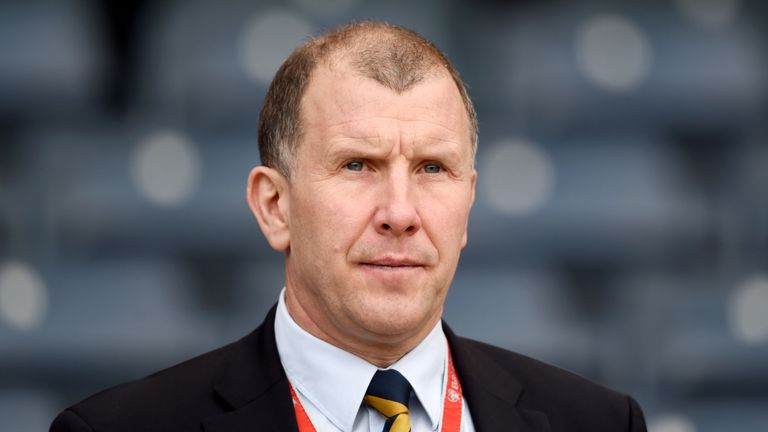 He has been a highly respected general secretary of UEFA for many years and has performed that role with skill, diplomacy and professional integrity.

"The Board of the Scottish FA is clear that Gianni Infantino is the best candidate possible to lead the governance reform required at FIFA.

"He has been a highly respected general secretary of UEFA for many years and has performed that role with skill, diplomacy and professional integrity."

An SFA statement revealed that they had consulted a number of organisations within Scottish football, including league bodies, the PFA, supporters' organisations and referees before selecting their preferred candidate.

The SFA had previously intended to back UEFA president Michel Platini, but withdrew support following the Frenchman's suspension by the FIFA Ethics Committee in December.

Ahead of Friday's FIFA Congress, Regan added: "As well as having the support of the majority of UEFA's national associations, he also has the support of many across the world in other confederations.

"We believe he has the leadership qualities required to push forward change at world football's governing body and for those reasons we will be voting for Gianni Infantino."