Manchester United have returned to the top of the Deloitte Football Money League for the first time in 11 years after recording the highest annual revenue for a football club in history.

Where does Premier League clubs' revenue come from?

Champions League holders Real slip to third after 11 years at the top, despite breaking the €600m revenue barrier for the first time.

The Deloitte Football Money League measures a club's earnings from matchday revenue, broadcast rights and commercial sources, and ranks them on that basis. The study does not include player transfer fees. 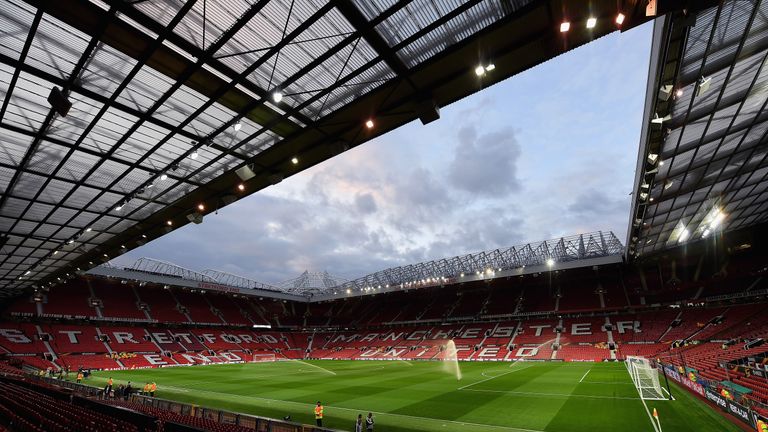 "Manchester United have had to wait 11 years to regain their position as the world's leading revenue-generating club and it has taken phenomenal commercial revenue growth to help them achieve this."

Dan Jones, partner in the Sports Business Group at Deloitte, said: "Manchester United have had to wait 11 years to regain their position as the world's leading revenue-generating club and it has taken phenomenal commercial revenue growth to help them achieve this.

"In recent years, their ability to secure commercial partnerships with value in excess of that achievable by their peers has been the crucial factor in enabling the club to regain their place at the top of the Money League.

"That said, they'll face strong competition from FC Barcelona and Real Madrid to retain the top spot in next year's edition, due to the lack of Champions League football, the weakening of the pound against the Euro and, over the longer term, as other clubs enter the commercial market demanding similar deals, using United as the precedent."

Tim Bridge, senior manager at Deloitte, said: "The Money League continues to demonstrate the Premier League's financial strength in depth. The appearance of Leicester City shows that on-pitch success gives any Premier League team a chance of a position in the top 20.

"With Leicester having already qualified for the round of 16 in this year's UEFA Champions League competition, we can expect to see them maintain their position in the top 20 and potentially climb a few places."

Overall, the 20 highest-earning football clubs in the world generated £5.5bn of revenue in 2015/16, which is an increase of 12 per cent on the previous year.