Ronald Koeman is targeting more signing before the transfer window closes in a bid to take Everton to the next level.

But Koeman, speaking on Monday Night Football after Everton's 1-1 draw with Manchester City, hopes his spending is not over, targeting a new defender and another striker in addition to forwards Dominic Calvert-Lewin and Ramirez.

When asked if the club had finished spending, the Dutchman told Sky Sports: "I hope not.

"Also a striker because I think even with the talent of Dominic and Ramirez, look to other squads. They have that number of players. If we need to make the next step we need a striker in as well."

Rooney netted his 200th Premier League goal after 35 minutes to give Everton at the Etihad Stadium the lead before Kyle Walker saw red on his home debut for City just before half-time.

City pushed for the equaliser with 10 men in the second half and eventually found it when substitute Raheem Sterling volleyed home to secure a 1-1 draw. 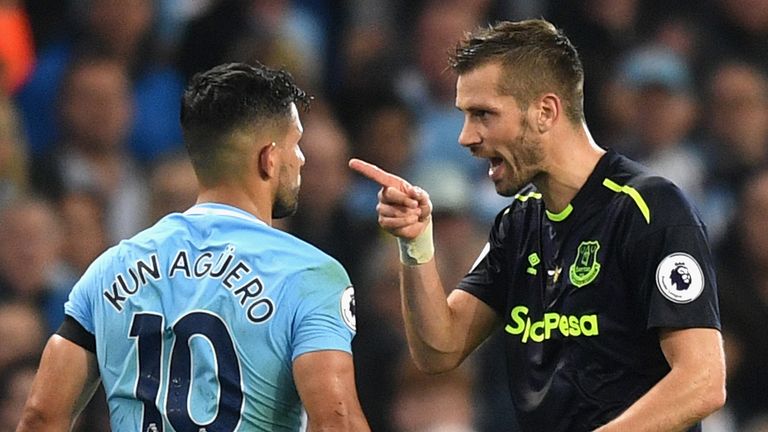 Koeman paid tribute to Rooney after his landmark strike but was left disappointed as his side, who also lost Morgan Schneiderlin to a red card late on, conceded a late equaliser.

"We had problems with keeping the ball and we played too fast the long ball. We worked really hard for the result, and one point is a good result."

The performance of Rooney, who also scored in the 1-0 victory over Stoke in Everton's first game of the Premier League season, impressed Koeman.

He added: "In the first game when we played Stoke at home, there was a difference between him and the rest about cleverness in the game and the view of the game.

"Also tonight he had a big impact on the final result."

Finally, Calvert-Lewin led the line well for the visitors and despite Koeman admitting he is still in the market for a striker, he praised the 20-year-old's performance.

"He played one of his best games tonight," Koeman said. "He made it really difficult for City's defenders with his pace and his strength. He showed tonight that the number nine position is his best position.

"He's a great young guy and with Tom Davies at 19, Mason Holgate at 20 and Dominic at 20 all on the pitch against City, that's a bright future for the club and these talented players."