Newcastle boss Rafa Benitez was pleased with how organised his side were after their 1-0 win against Crystal Palace in the Premier League.

Rafael Benitez admitted Newcastle needed a slice of luck to edge past Crystal Palace 1-0 at St James' Park on Saturday.

Mikel Merino's 86th-minute winner came after James McArthur headed the ball against the head of the Spaniard, which in turn sent the ball beyond the helpless Julian Speroni.

Newcastle had given the home fans little to cheer about before the winner, as they failed to record a shot on target until the 73rd minute. 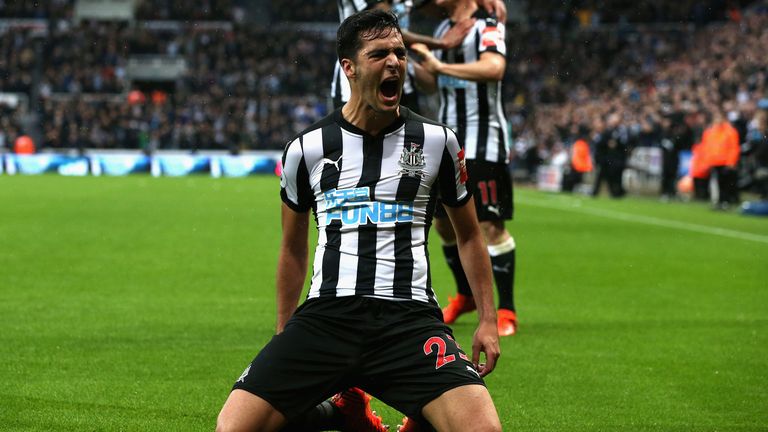 However, Benitez was pleased to see his side steal it from a set-piece, which helped the Toon Army move up to sixth in the table.

"Sometimes you have a lot of chances and cannot score," Benitez told Sky Sports. "Today was an even game, we were both well organised and in the end it was a good goal. The main thing is that we got three points.

"We needed to create something more. We couldn't do it but in the end we score from a set-piece, and they can make the difference.

"In this case it was a little bit lucky, but Merino had the determination and that was key in the end."

Newcastle kept their third clean sheet of the season after frustrating Crystal Palace, who played Wilfried Zaha and Andros Townsend up front.

Benitez says his Newcastle defenders were briefed with how to deal with the Palace duo, and the result was no shots on target for the visitors, who are now five points from safety.

"We knew that they had wingers up front with pace and ability, so we needed to make sure that we were not making mistakes," Benitez added.

"There were a couple of situations where we were under pressure but overall the players were well organised and controlled the game.

"It's important for us to continue being strong and be well organised. You have to keep control of their strikers and then let your own strikers make the difference.

"We were on top of them and has this control, then a little bit of luck, which we had to get the three points."