Cristiano Ronaldo, Neymar and Zinedine Zidane all react to the night's awards

The Real Madrid forward received 43.16 per cent of the total votes and was presented with the 2017 award by Diego Maradona and former Brazil striker Ronaldo at the London ceremony after beating off competition from Messi and the world's most expensive player, Neymar.

How was the voting process calculated?

The men's and women's player and coach awards were decided by a two-part process in a 50-50 split. The captains and head coaches of all the world's national teams count for 50 per cent of the result and the other 50 per cent was made up of votes from 200 football journalists and an online public ballot.

FIFA introduced the 'Best Football Awards' last season after splitting with France Football magazine, which meant they had to end their association with the Ballon d'Or award.

Messi and Ronaldo did not vote for each other in any of their three nominations for the award.

This is a great moment for me. I know I have fans all over the world so thanks a lot for the support.

"Thank you a lot, to the guys who voted for me," Ronaldo said. "Real supporters, my team-mates, my coach, my president, I have to thank them too.

"We are in England for the first time and I win consecutive awards. This is a great moment for me. I know I have fans all over the world so thanks a lot for the support."

Asked how many times he could win the accolade, Ronaldo said: "I want seven. Five is good but seven is my lucky number so seven would be great."

Zinedine Zidane (46.22 per cent of votes) made it a double swoop for Real Madrid after beating off Chelsea's title-winning manager Antonio Conte (11.62 per cent) and Juventus' Massimiliano Allegri (8.78 per cent) to be named Best FIFA Men's Coach. 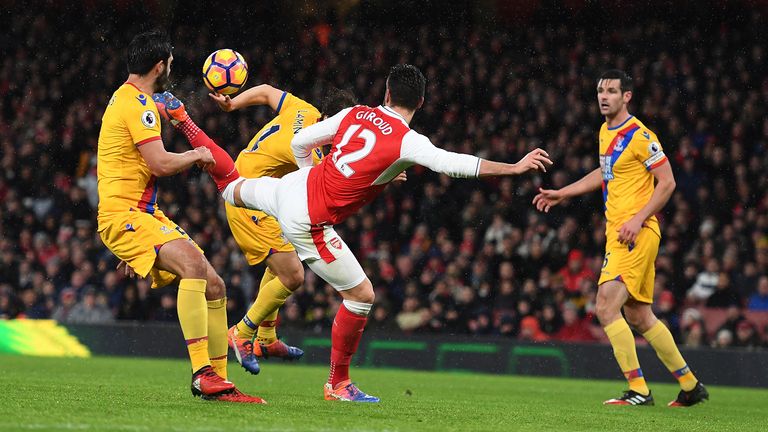 Gianluigi Buffon won the best goalkeeper prize after he guided Juventus to a sixth consecutive Serie A title and managed 600 Champions League minutes without conceding a goal.

The 2016/17 FIFA FIFPro World XI was also revealed, with no Premier League players selected after a record number of 26,622 players from 71 countries voted for the team.

A warning these pictures may be distressing. It shows the moment Francis Kone saved a goalkeeper's life during a Czech League game after the keeper swallowed his tongue

Francis Kone has won the FIFA Fair Play award after he was hailed as a hero back in February for saving an opponent's life during a game in the Czech Republic.

The Slovacko striker reacted quickly when Bohemians goalkeeper Martin Berkovec was knocked unconscious after a collision with his team-mate Daniel Krch half an hour into the game.