Referee Michael Oliver must have missed Troy Deeney's grab on Joe Allen and cautioned him for his shove on Ryan Shawcross, according to Dermot Gallagher on Ref Watch.

Also up for discussion were Aaron Lennon's claim for a penalty for Everton against Leicester and whether Liverpool were fortunate to be awarded their penalty in the 3-0 win over Huddersfield.

INCIDENT: Troy Deeney played on after Stoke goalkeeper Jack Butland had put the ball out of play in injury time after Erik Pieters went down with cramp. Joe Allen confronted and made his feelings known to the Watford forward, who responded by putting his hands on the face of Allen in a gauging motion and shoved Ryan Shawcross to the ground. Referee Michael Oliver gave him a yellow card, but the FA could issue Deeney with a retrospective violent conduct charge.

DERMOT SAYS: I think the referee made the right decision on what he saw as I'm sure the referee didn't see what Troy Deeney did in the incident with Joe Allen. I'm second guessing, but I think he yellow carded Deeney for pushing Ryan Shawcross, so I think the first incident was unseen. What happens down the line is up to the FA and the panel.

INCIDENT: A penalty is awarded to Liverpool after Tommy Smith is adjudged to have pulled the shirt of Roberto Firmino. 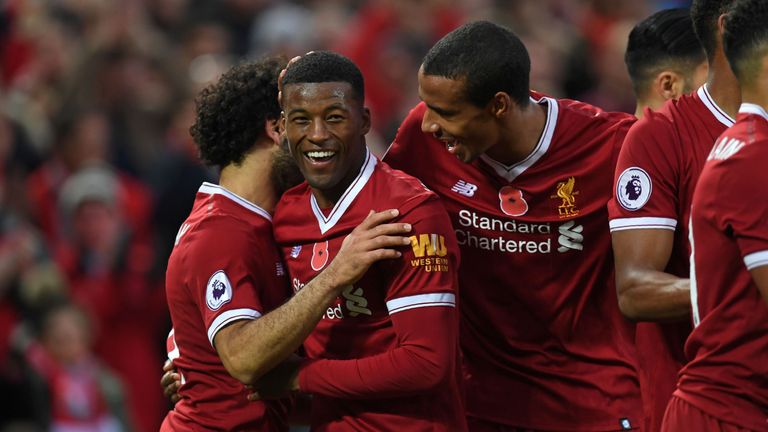 DERMOT SAYS: It's a good spot - it's what we call a triangle in terms of the shirt pull. The referee is well within his rights to give the penalty. What made it different from other incidents of shirt pulls was the fact it was identified. With the player moving away the shirt extends more and it's easier to see.

INCIDENT: Christian Fuchs brings down Lennon inside the box just moments after Demarai Gray had put Leicester two goals ahead against Everton, who were being led by caretaker boss David Unsworth. Sky Sports pundit Thierry Henry believed it was a clear penalty.

DERMOT SAYS: It's a penalty for me. Fuchs doesn't get any of the ball and takes his legs. I don't know why the referee hasn't given it - he must think he's played the ball. When he's speaking to Wayne Rooney, it's clear he thinks Fuchs has played the ball.

INCIDENT: Aston Villa manager Steve Bruce criticised Birmingham's decision to give their supporters cardboard clappers. Some home fans threw the clappers at Villa players including Robert Snodgrass and Bruce was far from impressed amid claims that coins were also thrown.

Steve Bruce says he is disappointed Aston Villa didn't take a few great opportunities after his side's 0-0 draw with Birmingham.

DERMOT SAYS: The referee did everything right. You can do what the referee did - just take time to get the clappers removed from the pitch and keep your concentration. You can see the players are annoyed by it but what the referee has had to do is focus on the game. It's the game he has to worry about - not that.

INCIDENT: Salford City goalkeeper Max Crocombe was sent off for urinating in the 87th minute. Crocombe later apologised, saying he has been in an "uncomfortable position" and made "an error in judgment".

DERMOT'S VERDICT: If a goalkeeper had told me he desperately needed the toilet, I'd let him go, that's the humane thing to do. It would be quicker to allow him to go to the toilet rather than for a substitute to get changed and replace him. In this case, it's been seen as an abusive or offensive gesture and therefore he was red carded. It's not something you want to see.