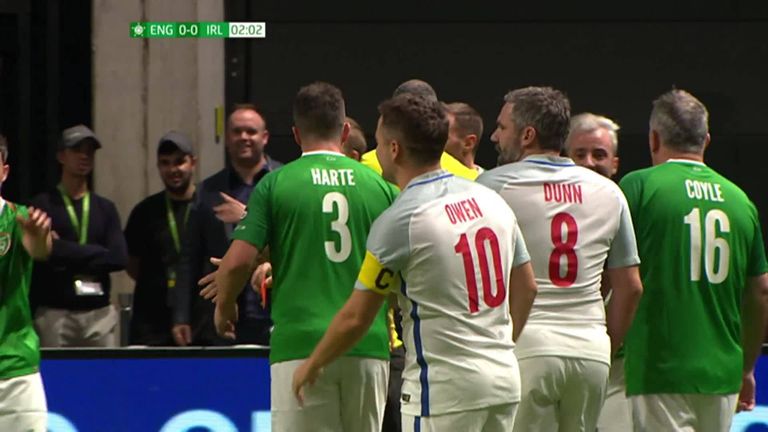 Former Liverpool team-mates Michael Owen and Jason McAteer were involved in a feisty clash at the Star Sixes tournament.

The pair faced off in the final game of the group stage on Sunday, with Owen's England needing to beat the Republic of Ireland to make the final.

It was goalless with two minutes remaining when McAteer tackled Owen in the corner and then dragged him back.

Owen responded by kicking out at McAteer and tripping him. The pair then squared off before McAteer kicked Owen, earning himself a red card. 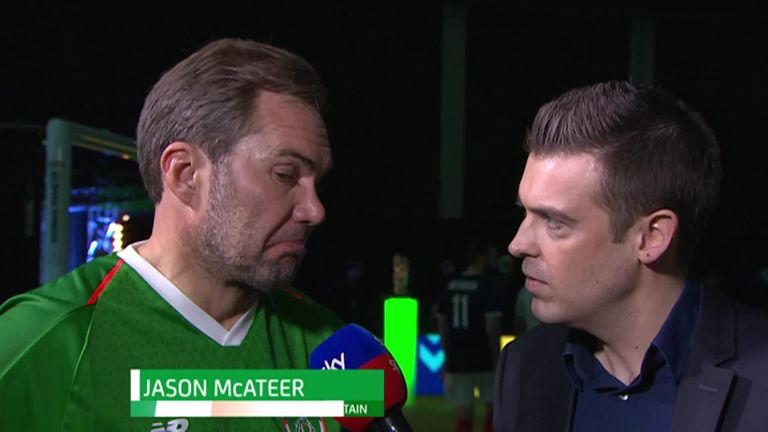 Jason McAteer shared his honest thoughts after he was sent off, claiming Michael Owen was shown favouritism by the officials

"The referee got it wrong," said McAteer afterwards. "We had a little pulling of the shirt, spun around and then Michael Owen decided to lash out and I didn't think I wanted to let him get away with it. The referee decided he didn't see it, or he didn't want to see it because it was England and Michael Owen.

"We made up a bit and then I gave him a friendly push up the backside."

Owen was booked for the incident and Paul Konchesky scored a late winner to secure England's place in the final against Rest of the World.