A fundraising campaign aimed at relaunching the search for missing Cardiff striker Emiliano Sala has reached its revised target of €300,000.

The GoFundMe page, set up by French sports agency Sport Cover, says it is motivated by "the urgency of the situation and the decision of the authorities not to pursue the search".

Cardiff joined Lionel Messi and Diego Maradona in demanding the hunt for the plane carrying their missing Argentine forward to start again, after the search for Sala and pilot David Ibbotson was called off on Thursday afternoon following three days of scouring the English Channel. 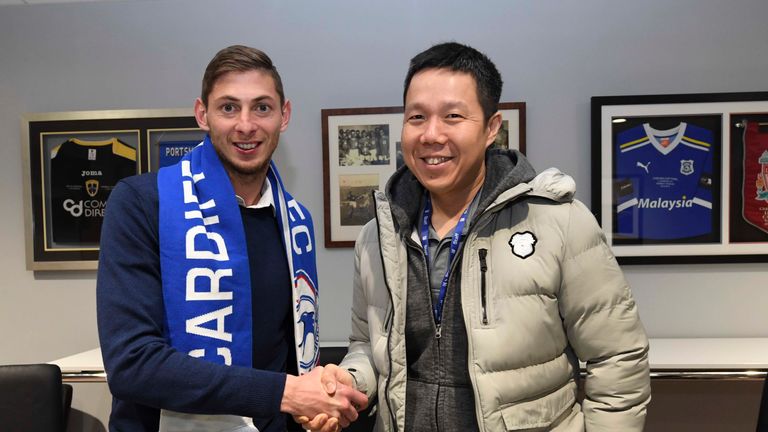 Argentina's president Mauricio Macri also told his foreign minister to issue formal requests to Britain and France for search efforts to resume, according to a statement from the premier's office on Friday. 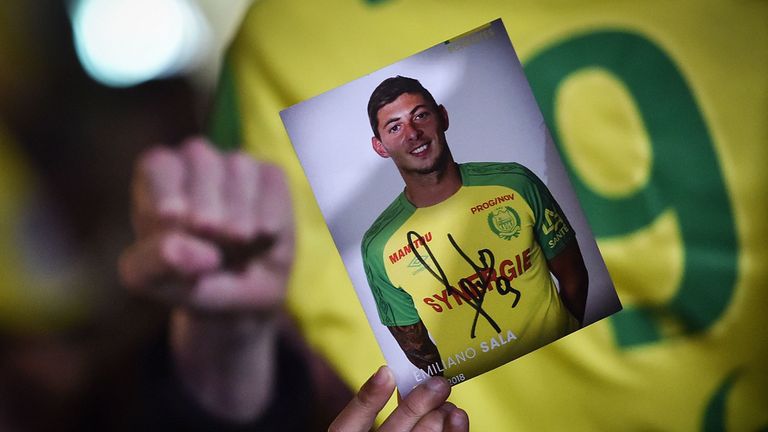 Sala's sister, Romina, has also pleaded with rescuers to keep looking, describing the 28-year-old as a "fighter" who is "not going to give up".

The plane left Nantes for Cardiff at 7.15pm on Monday and lost contact with Jersey air traffic control not long after requesting to descend towards the Welsh capital.

On Friday, text messages shared between Sala and the son of agent Willie McKay discussing flight arrangements were revealed.

McKay said that although he arranged the flight for Sala through a company he had used many times, he did not own the plane, nor did he select the aircraft or the pilot.

After signing for Cardiff last Friday, Sala wanted to return to former club Nantes to say goodbye to team-mates and collect his belongings before returning to Wales on Monday, and McKay stepped in after the footballer struggled to find a commercial flight.

Cardiff's staff and supporters will wear yellow daffodils at Arsenal on Tuesday in respect of Sala and the club captains will place flowers at the ground.