Zinedine Zidane returns to Real Madrid: Why has he come back?

Zinedine Zidane is back in charge of Real Madrid but how can he improve on perfection? He won't need to any more, writes Adam Bate.

They do say never go back but will Zinedine Zidane even be able to recognise the Real Madrid team that he walked away from just nine short months ago? Like the parent who returns from the shops to find that the kids have run amok, set fire to the kitchen and soiled the carpet, he's not angry, he's just disappointed.

Zidane left Madrid having delivered success that was unprecedented in the modern era. The days of teams retaining the European Cup were long gone. Nobody had done it in the Champions League era. He did. And then he did it again, defying history and maths by winning more Champions League trophies than he had spent years in charge.

Zidane to return to Madrid

But things began to unravel almost as soon as he was gone. The European Super Cup was surrendered to neighbours Atletico Madrid in the first game of Julen Lopetegui's brief reign and it only got worse from there. Lopetegui was sacked in October but the problems continued. Any hope of winning La Liga was gone soon after.

The nadir came last week when, after Santi Solari oversaw back-to-back defeats to Barcelona in the Copa del Rey, Madrid were humiliated in their own beloved Bernabeu by Ajax. The Dutch club turned back the clock let alone reversed the natural order of things with their 4-1 win - ending Madrid's long reign as champions of Europe.

If Zidane can find a way to win the competition from here then he really is a miracle worker. He certainly seems to be a prophet because, reading between the lines, he had anticipated much of this decline while club president Florentino Perez and the rest were happy to drink in the adulation of the masses at the Cibeles Fountain. 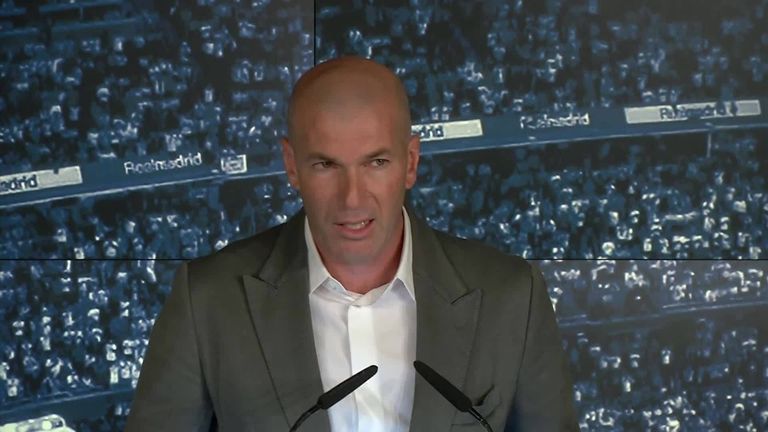 "I think it's the right time. I think the players need a change," said Zidane back in June when announcing his decision to leave. But it wasn't just about the players. Like most of the game's greats, he is acutely aware of his legacy. "You reflect, you think things through," he explained. The conclusion drawn was that he saw only trouble ahead.

"If I'm not sure 100 per cent that we keep winning if I've maybe got doubts, I think it's maybe time to leave," he added. "I think if I was manager next season it would've been tough to win titles. We've seen in the league and Copa del Rey this season, there have been highs and lows. I can't forget the domestic campaign that easily.

"It has been difficult in the league this year, there were moments I can't forget. When we are in this club we have to know if it is a question of having another season of continuity or starting a season that ends badly. I think this is the right time to finish on a high."

Zidane always had remarkable vision as a player and he wasn't blind to the issues that lurked beneath the surface with this team either. Madrid were reliant on ageing players and the most important of them all, Cristiano Ronaldo, was on his way too.

Sergio Ramos admits he made a large error of judgement by purposefully getting himself booked during Real Madrid's Champions League last-16 first leg against Ajax.

They had become a team that came up with moments of brilliance when it mattered most, but they could not conjure up such magic every week. They could not be consistent. Madrid finished in third place in La Liga last season, 17 points adrift of Barcelona.

It's the reason why he left, but it's the reason why this probably feels like a good time to return too. He was once the king of the roulette turn but he is not gambling here. It's a shrewd move to go back to Madrid in these circumstances with everyone in the Spanish capital now aware just how grim life can be without him. 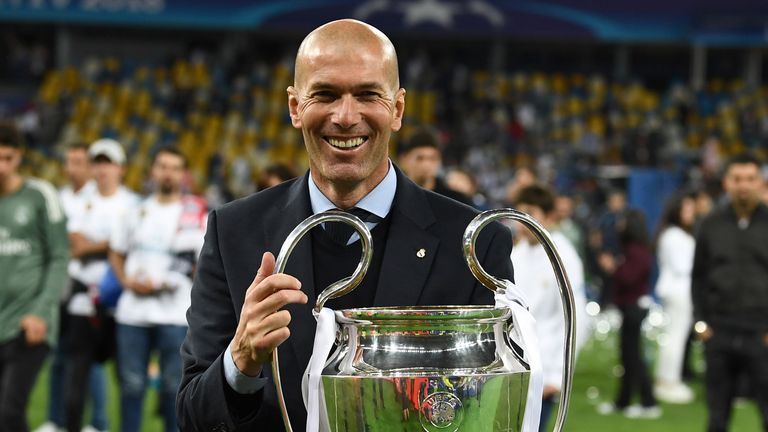 There is nothing for Zidane to gain in terms of trophies this season but there is little for him to lose either. If this were a specific scenario on a computer game then, frankly, it would be rated as easy. Twelve games to go and the task is to finish above Alaves? And you have a 10-point advantage on them? It wouldn't have been beyond Solari let alone Zidane.

"It's such a demanding club," he said in the summer. "I always ask for more from the players, so how can I ask for more after what we've achieved?" Well, he can ask for more now. After a week in which two Clasicos and one Champions League dream were lost, he's on a hiding to nothing no more. Zidane can be Madrid's hero again.