You can watch Living the Dream on Thursday, 6pm on Sky Sports Football

He's the local lad fulfilling a lifetime dream and Liverpool full-back Trent Alexander-Arnold speaks to our own Jamie Carragher documenting the closing stages of an extraordinary season both for him and his club.

Liverpool's 20-year-old defender and the former Reds centre-back sit down together for a revealing discussion in 'Living the Dream', which is on Sky Sports Football on Thursday at 6pm.

The Sky Sports pundit and the Liverpool-born right back digest what has just been an incredible season for Jurgen Klopp's side, who finished the Premier League campaign having amassed 97 points after losing just once, and yet still finished runners-up to champions Manchester City.

"It wasn't meant to be and you look back at it with a bit of disappointment," Alexander-Arnold recalls.

For the player himself, it was also a campaign to remember as he produced a record-breaking 12 top-flight assists for his right-back berth: "It's been a great season to look back on. Apart from a few niggles, I cannot pick out a bad moment in the season."

Luckily for Alexander-Arnold and the team, they were rewarded with silverware after beating Tottenham 2-0 in Saturday's Champions League final to claim a sixth European Cup, while who could forget the club's sensational comeback win over Barcelona in the semi-finals?

"That win changed something," he says. "We were 3-0 down and everyone thought we were down and out. But by the end of the game everyone believed we could win it. We're up there with one of the best teams in the world now and we've got respect from every big club in Europe." 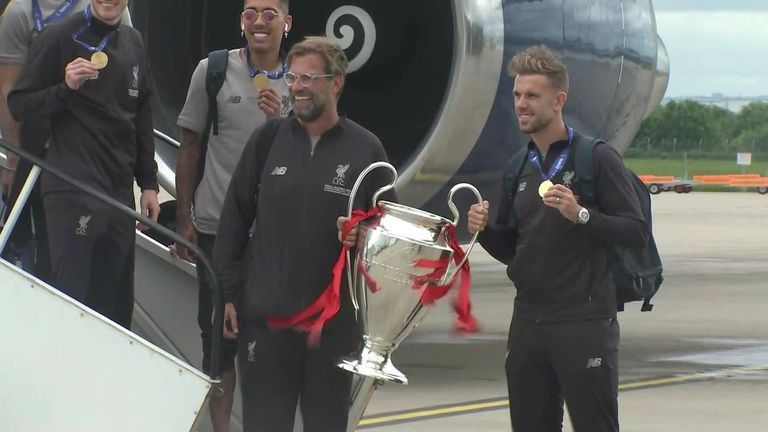 And now to the final act of what has been an arduous, yet brilliant season for Alexander-Arnold as England prepare to face the Netherlands in Thursday's Nations League semi-final in Portugal.

"It will be tough against the Netherlands, they have a top side and in Virgil van Dijk and Georginio Wijnaldum they have two players that are in fine form," says Alexander-Arnold.

"It will be very sweet to come back in the summer with two medals and beating players that you see on a daily basis is always sweeter."

You can watch Living the Dream on Thursday, 6pm on Sky Sports Football