Jose Mourinho 'hungry' to get back to football, eight months after Manchester United sacking 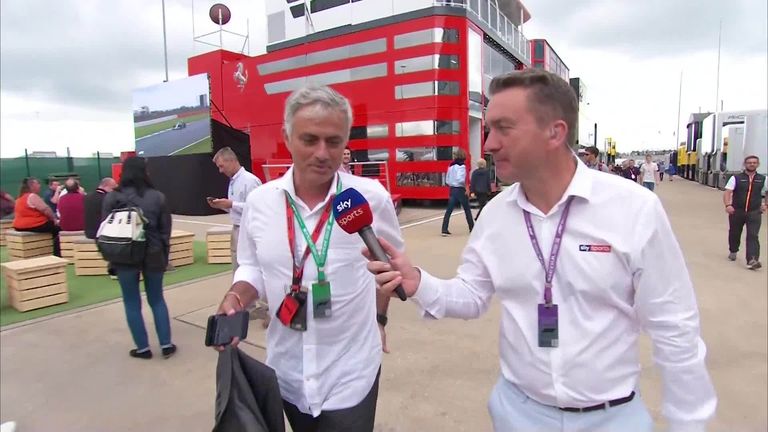 Jose Mourinho is "hungry" to return to football management, but says he is patiently waiting for "the right club".

Mourinho, 56, has been out of a job since being sacked by Manchester United in December.

"I am hungry to get back, but I will wait for the right club, for the right project," he told Sky Sports News at Silverstone ahead of Sunday's British Grand Prix.

"And, in the meantime, I am doing things I like to do. I prefer to work, but I like other sports and this is a good opportunity to enjoy."

Mourinho was also asked about his former player Frank Lampard taking over at Chelsea - where he spent five years as head coach over two spells - but refused to comment.

Mourinho previously said he was hoping to return to the dugout in June, but has since said he could favour taking up a national team job.

In February, Mourinho revealed he had an interest in resuming his management career in both France's Ligue 1 and Germany's Bundesliga - two leagues he is yet to experience.

Benfica were rebuffed by Mourinho when they tried to bring him in as head coach in January because he felt it was too early in his career to return home to Portugal.