Potential sanctions include a ban from European competition

City had asked the Court of Arbitration for Sport (CAS) to throw out the financial fair play case that had been brought against the club by UEFA.

But CAS has dismissed City's appeal, which pre-empted the case being heard by the adjudicatory chamber of UEFA's Club Financial Control Board.

UEFA can now hold a hearing into the matter, with City facing a possible ban from European competition.

Premier League champions City lodged their appeal in June against an investigation by UEFA into potential breaches by the club of its financial fair play policy.

The club said at the time that UEFA investigators had ignored "a comprehensive body of irrefutable evidence provided by Manchester City", adding accusations of financial irregularities against them are "entirely false." 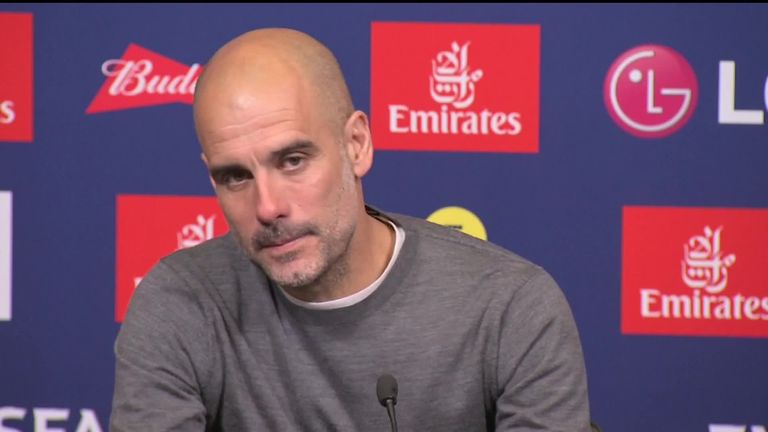 Speaking in May, Pep Guardiola insisted Manchester City are 'not guilty' following UEFA investigations into alleged financial irregularities. The club have denied any wrongdoing and say the accusations are entirely false

But the head of CFCB's investigatory arm, former Belgium Prime Minister Yves Leterme, decided the club have a case to answer.

Clubs who have breached the rules can ultimately be barred from European competition but negotiated settlements are more common.

City fell foul of FFP rules in 2014 and were fined for what UEFA believed was the artificial inflation of deals with companies linked to their owner, Sheikh Mansour.

The club accepted the sanction, which included a restriction on the size of their Champions League squad, but were eventually reimbursed with two-thirds of their fine in 2017 for apparently complying with the rules.