After Jose Mourinho criticised midfielder Tanguy Ndombele for his first-half display at Turf Moor, the Sunday Supplement panel discuss whether the Tottenham head coach was right to call his player out.

Mourinho said he "cannot keep giving Ndombele opportunities" after hauling the Frenchman off at half-time of his side's 1-1 draw at Burnley on Saturday night.

Spurs' club-record £54m summer signing was one of two changes at the interval along with Oliver Skipp as the visitors trailed 1-0, and Mourinho insisted Ndombele's performance was not up scratch.

"I hope that he [Ndombele] uses every minute on the pitch, and every minute knowing what the Premier League, is to improve," Mourinho told Sky Sports.

"There are many fantastic players that in first seasons in new countries, for different reasons, struggle. There are many examples.

"He's a player with a great talent, and he has to know he has to do much better, and I cannot keep giving him opportunities to play because the team is more important than the players, and they must be on the pitch as a consequence of their work and performance."

Did Mourinho's post-match words cross the line, though, or was he right to highlight Ndombele? 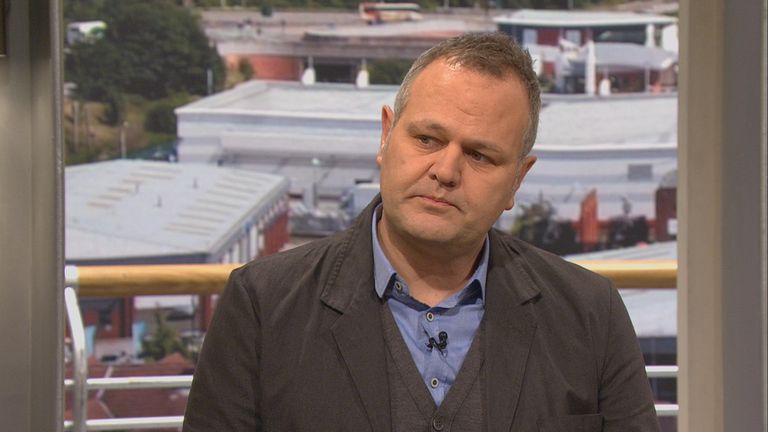 To expose a player like that, I do not see how that is going to help him, unless Mourinho has decided that the way to get him going is to embarrass and humiliate him in front of the cameras

The Sunday Supplement panel got stuck into the issue on Sunday's show, with the Daily Telegraph's chief sports writer Paul Hayward unsure whether Mourinho's tactics will have the desired effect.

"Most managers would recoil from that - there is this code, you can say that in the dressing room, but you would not say that in front of a camera," said Hayward.

"We remember him doing this at Man Utd with Henrikh Mkhitaryan with Mourinho making all these loaded comments about him.

"He puts these players through a sort of psychological boot camp if he thinks they are not up to speed in the Premier League.

"Are their transfer fees involved in that the more you cost, the more he will go after you? But when I watched the analysis of that game last night, I did not think he was any worse than the other Tottenham midfielders in the first half.

"So I'm not quite sure why he picked him out - is it cumulative in that he is not training well? But to expose a player like that, I do not see how that is going to help him, unless Mourinho has decided that the way to get him going is to embarrass and humiliate him in front of the cameras.

"But how is that possibly going to help the player?"

"That is Jose's style, he wants to manage by conflict, but how does that work with this generation?" said the Mail on Sunday's chief football writer.

"When we were growing up, that was a thing, but can you get away with it today with this generation of young players?

"I'm not so sure and it will be interesting to see how he responds."

However, Andy Dunn thinks players need to toughen up when it comes to criticism.

"If he does not respond in the right way, then Jose has a point," said the Mirror's chief sports writer.

"There is a slight irony in all of this in that when we ask the question, we want an honest answer from the manager.

"And when we get one, we criticise him, but actually that is what we want him to do.

"I take the guys' points in that in this day and age, it is not the sort of thing to do. It is not something Jurgen Klopp or Pep Guardiola would do.

"Players can't be that sensitive to criticism though."